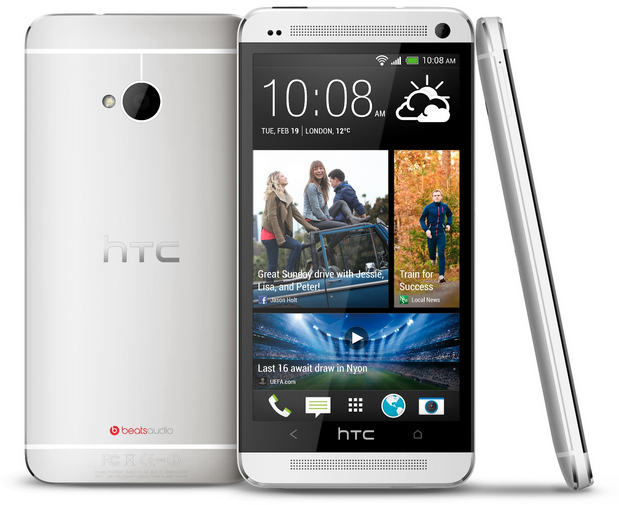 The HTC One was officially unveiled today in New York and the device is incredibly thin. This Android device has OS 4.1.2 Jelly Bean and will be launching globally “beginning in March.” For us we won’t have to wait for this device as we’ve been informed that the One will hit Canadian soil in a few weeks.

Our hands-on will be live soon, but a refresher of the HTC One specs have it coming with a HTC’s Sense 5, the new BlinkFeed (looks like Flipboard), Beats Audio with “BoomSound”, aluminum unibody and a 4.7-inch 1080p Super LCD 3 display made of Gorilla Glass 2 (468 ppi), LTE connectivity, Qualcomm 1.7GHz quad-core Snapdragon 600 processor, 2GB RAM, NFC and 32GB or 64GB of storage (sans microSD slot). The camera has, as expected, is “a custom camera that includes UltraPixels and can “gather 300 percent more light than traditional smartphone camera sensors.” As for the dimensions, the One is 137.4mm x 68.2mm x 9.3mm inches with a weight of 143 grams.

According to the press release the HTC One will be hitting Rogers, Bell, TELUS and Virgin Mobile.

Update: During the press event HTC stated that if you trade in your old phone they’ll give you a $100 towards the new HTC One. We’ve confirmed with HTC Canada and this currently only for HTC USA – it will not be coming to our fine land