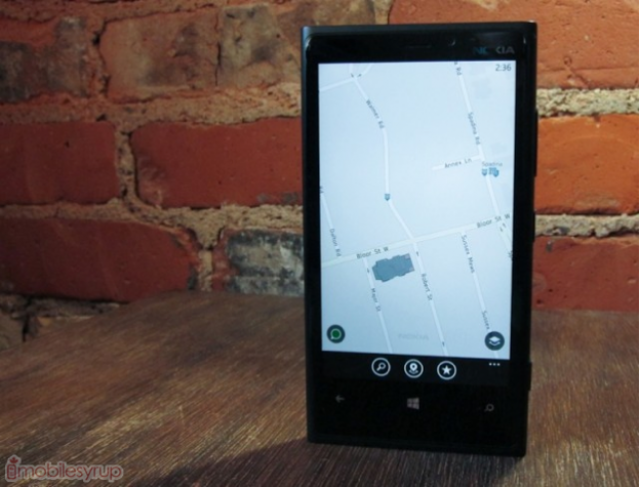 On Friday, Google ignited a torrent of criticism and no shortage of support for its decision to redirect Windows Phone users looking to use Maps inside Internet Explorer. Google’s decision came after declaring the HTML5 version of Google Maps compatible with only WebKit-based browsers, which comprise the default apps on Android and iOS. The experience, Google claimed, was not optimized for Internet Explorer 10, despite the fact that, until yesterday, users of Microsoft’s latest mobile OS had been using Google Maps without issue. But working and performing well are two separate matters altogether, so Google felt just in making the change.

Now, however, the company has slightly muddled its view. While not committing to creating a version of Google Maps, either native or in the browser, for Internet Explorer 10, it does plan to deliver a “better experience,” though it may take some time to implement. The whole drama reeks of diplomacy — Google was likely hoping few would notie, or wouldn’t make as much hoopla as they did — since it’s obvious that the company has spent a long time optimizing its map software for WebKit-based mobile browsers.

Microsoft, too, has no shortage of options at its disposal, including an excellent native Bing Maps app and, for Nokia users, an even better Nokia Maps version. In fact, Bing Maps is considered by many to be Google Maps’ equal in terms of accuracy and performance, and Nokia Maps and its partner software Nokia Drive rivals Google Maps for Android and iOS in terms of features. Google, already reluctant to develop for Windows Phone, likely sees no benefit to creating a version specifically for a comparatively minute user base. Nevertheless, it has decided to do something to amend the situation.

“We periodically test Google Maps compatibility with mobile browsers to make sure we deliver the best experience for those users.

In our last test, IE mobile still did not offer a good maps experience with no ability to pan or zoom and perform basic map functionality. As a result, we chose to continue to redirect IE mobile users to Google.com where they could at least make local searches. The Firefox mobile browser did offer a somewhat better user experience and that’s why there is no redirect for those users.

Recent improvements to IE mobile and Google Maps now deliver a better experience and we are currently working to remove the redirect. We will continue to test Google Maps compatibility with other mobile browsers to ensure the best possible experience for users.”

The above statement was provided to the media inquiring about yesterday’s incident. It’s also interesting to note that another non-WebKit browser, Firefox Mobile, was singled out as an example of a browser that, while not providing an ideal solution for maps users, works better than Microsoft’s. The statement says a lot with a little.

The term “shenanigans” has been thrown around over this and other recent Microsoft-Google spats. It seems you can’t go a week without hearing about another flare-up between the two companies; it was only last year the same could be said of Apple and Google, now practically pals in comparison.

It all makes for rich chow for the press, but in the end consumers lose, and that’s what we’d like to see far less of in 2013.