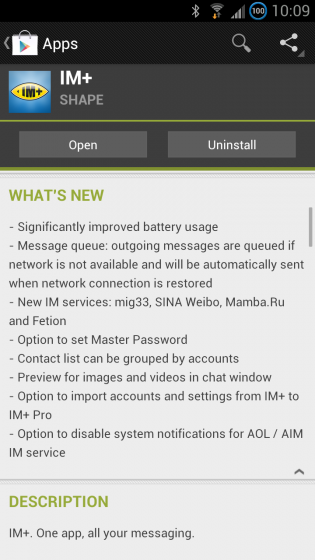 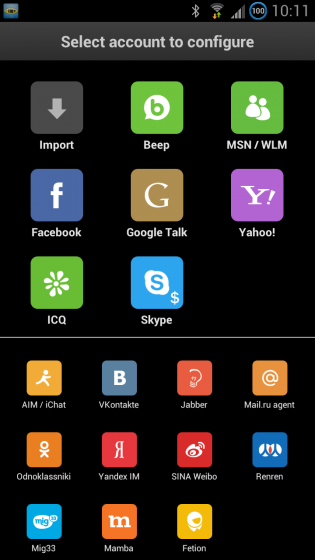 IM+ for Android has received a huge update to version 6.3 that significantly improves battery life, among other things. SHAPE, which revamped its Accounts screen and added a dark theme in previous builds, has added some new services such as China’s SINA Weibo and Fetion.

Improvements also extend to the chat window: now you can queue messages if you don’t have an internet connection, making it easy to reply when on the subway without needing to remember to check on it. You can also preview images within the chat window, a useful feature for those who share lots of photos.

The app is free with in-app purchases for premium networks such as Skype, while IM+ Pro costs $4.99 for the fully-functional version.