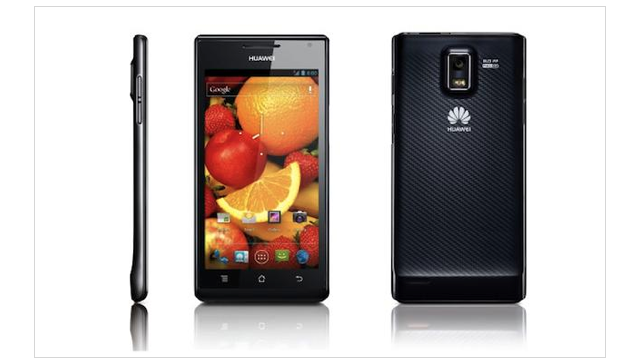 Looks like WIND Mobile has got themselves another Android 4.0 Ice Cream Sandwich smartphone this Summer. According to this press release I just received it states that the Huawei Ascend P1 will arrive soon at WIND. There’s no word on the exact launch date or pricing, but could be revealed when they officially go live with the associated contest.

Huawei Canada, WIND and Alliance Films have teamed up to promote the Expendables 2 movie and created the “WIND Mobile Expendables 2 Sweepstakes” contest. The contest “begins on July 9th at 9:00 a.m. and ends at 11:59 p.m. on July 23rd.” The grand prize is pretty sweet: the winner will receive the P1, two months of service, roundtrip airfare for 2 to L.A., 2 night stay in a four star hotel, plus 2 tickets to the the Hollywood premiere of the Expendables 2.

Markham, Ontario, July 4, 2012: Huawei Canada, in partnership with WIND Mobile and Alliance Films, announced today the kick-off of the “WIND Mobile Expendables 2 Sweepstakes” contest, where one lucky Canadian and a guest will be flown to Los Angeles for the Hollywood premiere of the biggest action movie of the summer, The Expendables 2. The winning contestant will also receive the highly anticipated Huawei Ascend P1 smartphone, set to launch in Canada this summer and two free months of WIND Mobile service providing unlimited Canada-wide talk, text and data.

“We’re excited to partner with WIND Mobile and Alliance Films to offer one lucky Canadian the chance to attend the Hollywood premiere of The Expendables 2 in Los Angeles and be one of the first people in the country to own the Ascend P1,” said Alane Zhang, General Manager of Huawei Device Canada. “We’re looking forward to making the device available here in Canada in the near future and with it, the benefits of a richer mobile experience for Canadian mobile customers. It’s truly a remarkable smartphone, one that we’re very proud of.”

At 7.69 mm, the Huawei Ascend P1 is one of the thinnest smartphones in the market today. Running Android 4.0, its super AMOLED screen, 5.1 Dolby Surround Sound System, 1.5 GHz dual-core processor and 4.3 inch screen provides users with a theatre-like experience when they watch videos on their phone.

The winner and one guest will receive roundtrip airfare for two to Los Angeles, California from anywhere in Canada on August 2nd, a two-night stay in a four star hotel and two tickets to the Hollywood premiere of The Expendables 2 on the evening of August 3rd.

Contest entry begins on July 9th at 9:00 a.m. and ends at 11:59 p.m. on July 23rd. To enter the “WIND Mobile Expendables 2 Sweepstakes” contest and to review the rules and restrictions, please visit and “like” the WIND mobile Facebook page at https://www.facebook.com/WINDmobile.