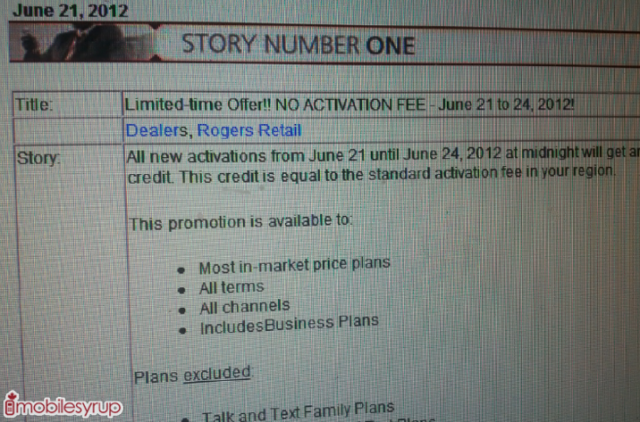 If you’re planning on signing up with Rogers between now and Sunday you’ll save a bit of money. A new promo has been released that waives the unwanted Activation Fee, but will show up in the form of a credit on your monthly bill. It seems like it’s valid for most plans, except for the Talk and Text family plans, $45 and $54 talk and text plans, and the mobile internet stick plans. Something to think about… hopefully they extend it to the upcoming Galaxy S III launch on the 27th.