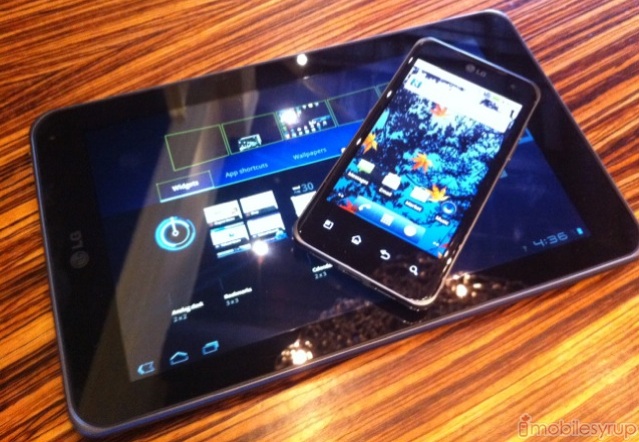 Over the past couple years it seems that every major manufacturer has launched a tablet. Apple has the iPad, Samsung has the Galaxy Tab, HP/Palm had the TouchPad, Toshiba has the Excite, ASUS has the Transformer, RIM has the PlayBook, Acer has the Iconica, and now Microsoft has the Surface. In a Bloomberg report this morning they are stating that LG has decided to temporarilly stop making tablets to focus on their smartphone lineup.

LG entered the tablet market with the 8.9-inch Optimus Pad (this launched through Rogers last May), but Ken Hong, LG’s spokesman, has said “We’ve decided to put all new tablet development on the back burner for the time being in order to focus on smartphones.” This is understandable as Apple currently dominates the tablet market, which clearly indicates that their Optimus Pad tablet was not received. No word on if/when LG will re-enter the tablet space.