Dolphin Browser for Android unleashes speed increase, claims to be faster than Chrome 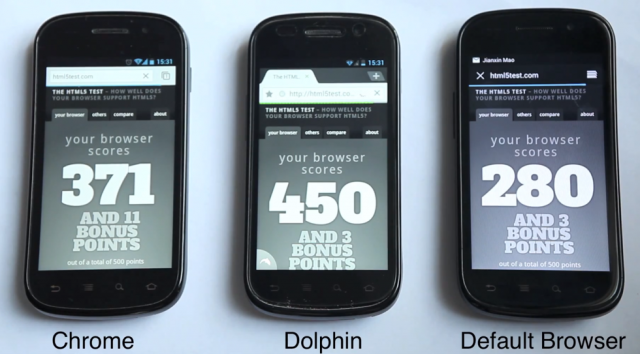 Dolphin Browser for Android has always been pretty lightweight, but never really advertised itself as a speed demon. That’s because, until recently, its WebKit rendering engine was based largely on the stock Android 2.3 Gingerbread engine, meaning that competitors like Chrome and Opera were always slightly faster.

But today the company, purchased recently by MoboTap, is upgrading its backend and releasing an updated client with a more modern version of WebKit that boasts speeds up to 10x faster than the stock Android browser.

The new browser all excels at HTML5, besting both Chrome and even the new BB10 browser, scoring an amazing 450 on HTML5Test.com. While it’s likely the lead won’t last for long — they could be using the same WebKit version as the stock Jellybean browser will use, for example — Dolphin is emphasizing many GPU-based improvements that could make your mobile browsing experience that much better.

The beta version is available for download from Dolphin’s webpage right now, and it will be updated on Google Play by the end of the day, we’re promised. Check after the break for a demo video.