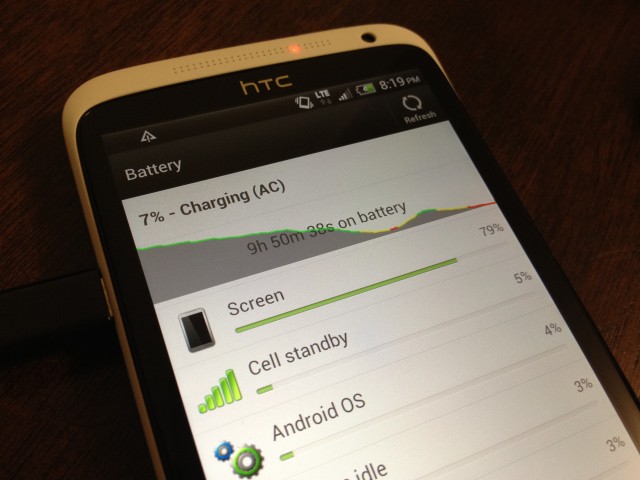 I am tired of my phone batteries dying. Back in the day, when phones were used to make calls, one could leave his device idling for months, flimsy antenna protruding like a signpost. In those days, it was Snake or bust, and when you received a phone call, it was between bouts of reading paper books.

In all seriousness, though, the industry seems to have lost sight of one of the fundamental uses for a smartphone: actually using it. The chassis are slimming down, the screens sharpening up, but in the Android world battery life continues to decline. It’s easy to see why this is: unlike iOS and Windows Phone, Android apps can run indefinitely as services in the background, chewing up and spitting out precious pulses that might be handy down the road.

In fact, the trend seems to be worsening: flagship devices like the Galaxy Nexus, HTC One X and Sony Xperia S all come with cells under 2000mAh despite having to power enormous 4.3-inch+ 720p displays. The latter two don’t even have removable cells to replace in an emergency. The only company that seems to get it is Motorola, which released the popular Droid RAZR MAXX with a 3300mAh cell.

Say what you will about the iPhone 4S and the iOS operating system — some love it, some don’t — but there is no doubt that even with the demonstrably lower battery life on iOS 5 the iPhone has no trouble lasting most of the day. I am sometimes unable to go past 4pm on the Galaxy Nexus. 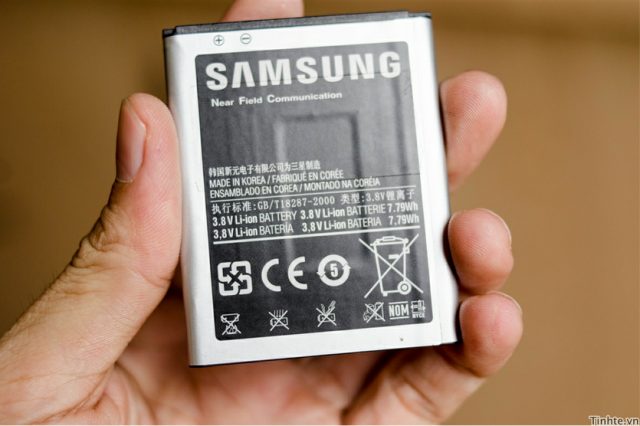 Which is why I want manufacturers to put aside their “moar power” strategy with their next flagships and focus on battery life. They want to rival the iPhone for popularity? Don’t force every reviewer to add the caveat, “It may be beautiful, fast and powerful, but the battery won’t last through the day.” It’s a song we’ve been singing more often than not, too. Thankfully Samsung appears to be listening to my concerns, as they are promising “all day battery life” in their upcoming devices.

The original Galaxy S had a 1500mAh battery, and, running Android 2.2, it lasted most of the day without issue. The Galaxy S II had a 1650mAh cell but somehow seemed to struggle more than its predecessor. The Galaxy Note, with its massive 5.3-inch screen, has a 2500mAh battery, making it one of the longest-lasting Android devices on the market. Trouble is it’s too big for the majority of people to comfortably use.

The Galaxy S III, or whatever it will be sired, must have a larger battery cell in order to meet the demands of a high-resolution screen, a quad-core processor, LTE connectivity and Android 4.0. Most people won’t even mind if the device gains a bit of weight and girth in the process — nothing unreasonable, but anything under 10mm is fine — if it means lasting the whole day or more on a single charge. The latest leak suggests the device will come with a 2050mAh battery, which could certainly be enough for the power user, but that remains to be seen.

HTC recently did a study that found most users don’t want to sacrifice device slimness for a larger battery. It’s a matter of physics: you can’t cram increasingly powerful components into increasingly sleek devices and expect battery life to stay the same. It won’t. Sure, software optimizations are one things; integrated basebands, less power-hungry chips are another. But battery cells aren’t magic: prick them and they bleed at a steady rate. Use them more and they deplete faster.

As far as Android has come in the last four years it seems that battery life has taken a back seat to the sheer momentum of “specs.” There is nothing wrong with pimping out your flagship device with all the fixins but if your customers have to be constantly scrounging for a charger, few are going to enjoy the experience.

I want manufacturers to start using larger batteries at the expense of device thickness. I want them to start respecting what matters to me most: my time.