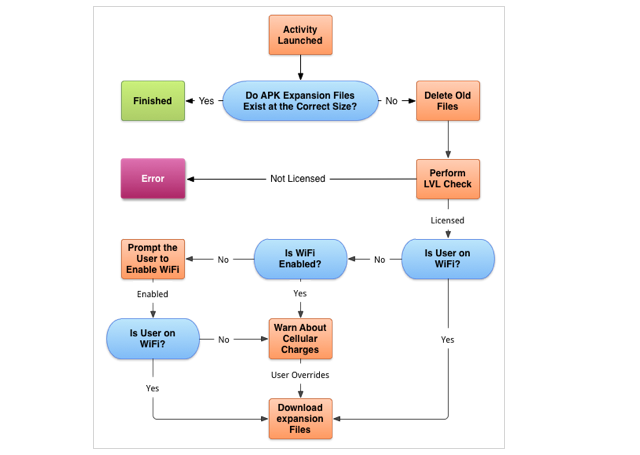 The Android Market has expanded pretty quickly, and crossed over 450,000 apps recently. But it was relatively limited, at least compared to iOS apps, in how large apps could be, 50MB being the most it could hold in a single app. That meant that big games — those 3D Gameloft titles with huge texture assets — needed to download often hundreds of megabytes of additional data, often talking more than the 15 minutes allotted as a refund window.

This has changed now as Android developers are able to pin up to 4GB of total data to a single .apk file. While, for security reasons, the actual app itself is limited to 50MB, Google has provided a License Verification Library that allows two files, each 2GB max, to be “pinned” to the main app file. This also takes the onus off the developer from having to host additional assets, as Google is footing the bandwidth bill.

According to Google’s developer blog, the new system has a few added advantages, including:

This is only good news, as files up to 4GB can be a pain to have to re-download. And now that Google will deal with all the additional bandwidth, and the issues that go along with it, developers can take a deep breath and worry about making great apps, not about how they’re going to fix Market problems. Now all we need is the ability for developers to reply to inane and often unhelpful comments. Maybe next time…

Day 5 of Google’s 10 Billion App Downloads promo has Apparatus, Pano, and others for 10 cents