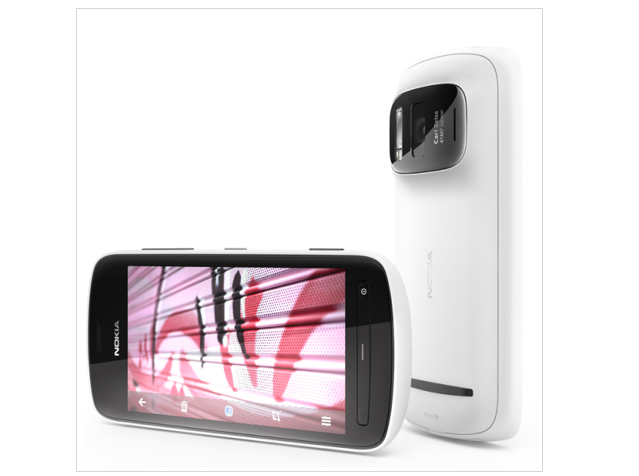 Symbian is carving a niche for itself in its final years in the photography space. Nokia’s follow-up to the camera phone legend, the N8, comes with a sensor not of 12MP but 41MP. Now you wouldn’t use 41 million pixels in a high-end SLR, so why the overkill? Simply put, Nokia and Carl Zeiss have developed a lens/optics/software system that combines seven pixels for every one used, making resulting 5MP photos virtually noise-free in good light. We’re not sure of the exact ISO settings available, but rest assured you won’t be rooting around for an external flash in low-light situations either.

As for video, the 808 PureView supports 1080p video with a 3x digital zoom with imperceptible loss. At 720p you can move up to 6x zoom without increasing grain or noise; at 640×360 resolution 12x lossless zoom is possible. Inside the device is a 1.3Ghz single-core processor, 512MB RAM running Symbian Belle, and the screen is a 4-inch ClearBlack AMOLED part with 640×360 pixel resolution. Not the most current specs, but this is Symbian which traditionally doesn’t need the same processing power as other operating systems.

The design of the 808 PureView is reminiscent of the recently-released Nokia Lumia 710, except for the giant 41MP sensor hump on the back. It’s unlikely this device will come to Canada, but it will be available unlocked for around $600 in Q2.