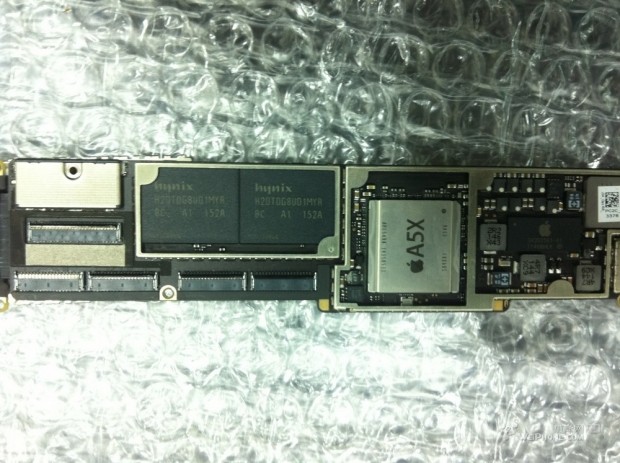 This would indicate that Apple is going a more power-friendly and iterative direction in the new iPad, which is also expected to have a similar design to the iPad 2. Arguments have been made against the need for a quad-core processor in the new iPad, as the current version’s performance is considerably better than most current Android tabs, despite the older architecture.

Though this particular logic board leak is dated from November 2011, and could certainly be a fake, it would make sense for Apple to continue from the success of the iPad 2. The A5X chip has a model number of S5L8945X, which seems along the same lines of the S5L8930X of the A4 chip and S5L8940X of the A5. This would make the A5X a stopover chipset between the A5 and the A6.

iPad 3 is also rumoured to have a 9.7-inch 2048×1536 pixel display, LTE capabilities and an 8MP camera. We’ll know more when it is expected to be announced on March 7th.