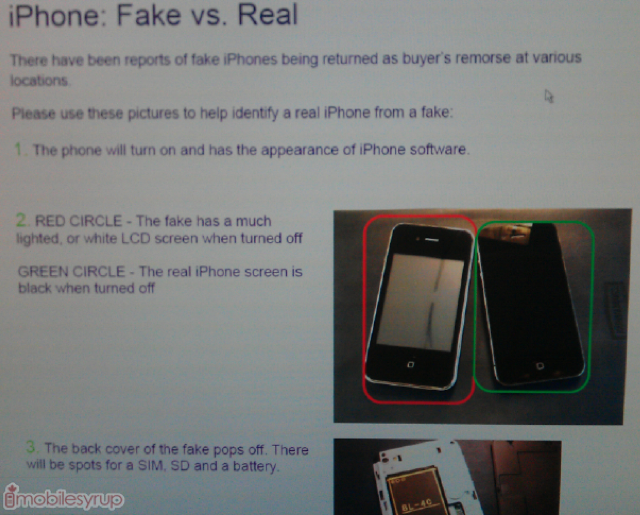 There seems to be some funny business happening over at TELUS. Some fishy customers have taken it upon themselves to cash in on the buyer’s remorse policy and return fake iPhones. There’s no word on how many have been returned, but the internal doc states that “various locations” have been hit. You can see from the images that the fake iPhone 4S has several major differences to the real deal: display is lighter, back cover comes off, mute button is hard to flip… this almost ranks up there with the recent clay iPad scam that hit big box retailers during the holidays.

Update: TELUS sent us a note stating that the fake iPhone returns are circulating in Canada, not specifically at TELUS locations. “Just wanted to clarify something here about that post. We actually received a communication from Apple about this issue and shared it with our team so that they are aware of the issue but we have not detected any fake iPhone.” 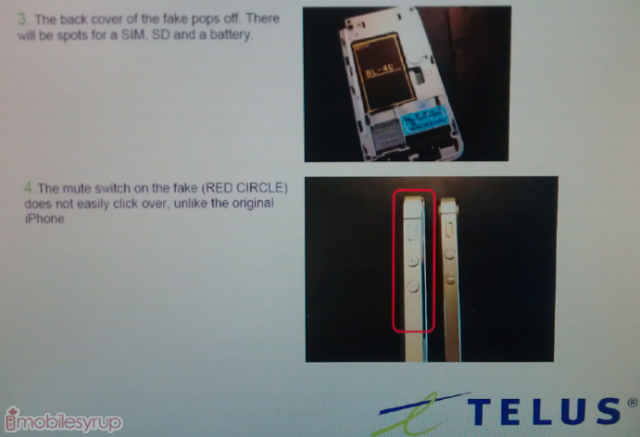