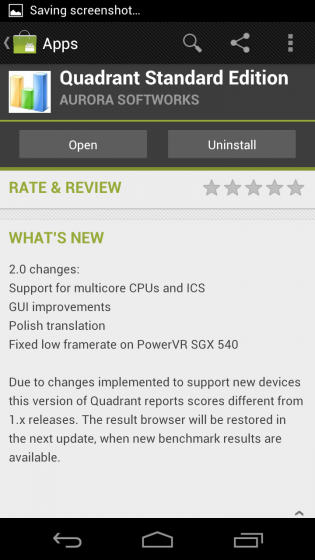 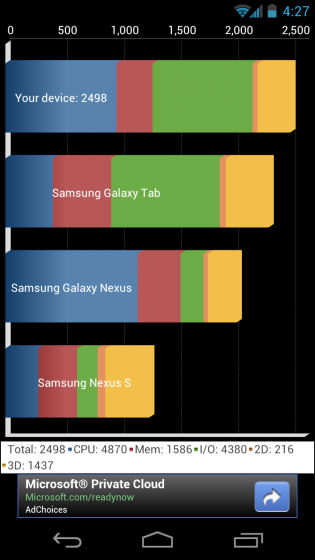 Last year we dropped Quadrant’s Benchmark Suite app from our reviews because it was too inconsistent and far too easy to manipulate. We also suspected that it didn’t properly support multi-core devices, of which most of the market consists these days.

The app hasn’t seen an update since June 2011, but it has finally reached version 2.0 with support for multi-core devices and Android 4.0. It also fixes a bug which reportedly slowed down frame rates on devices running the PowerVR SGX 540 GPU, meaning phones from the Nexus S to the Galaxy Nexus had poorer-than-expected results.

I had a chance to benchmark my Galaxy Nexus running Android 4.0.3 with the new version and achieved a score of 2498, a noticeable improvement over the older version. Despite its popularity, though, we are not going to include it in our benchmark tests until we know that Quadrant is no longer easily manipulated through command line hacks, and all the bugs are fixed for specific devices.

If you want to benchmark your own Android device, check out Quadrant 2.0 in the Marketplace, but don’t forget Vellamo, Linpack, CF-Bench, Smartbench 2011 and 2012 and, of course, Sunspider.