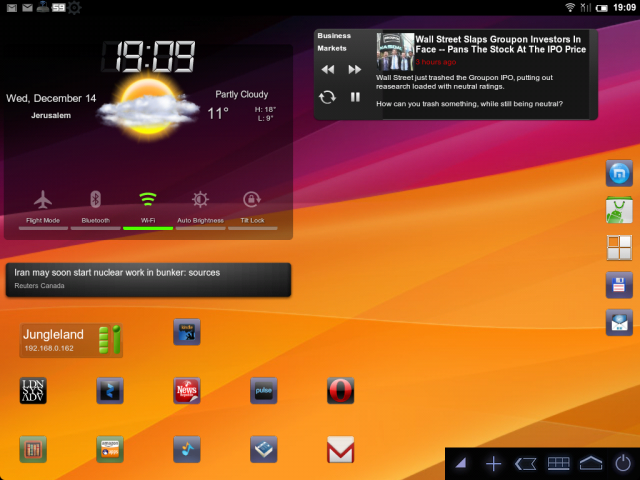 The now-defunct HP Touchpad got a lot of attention when it was unceremoniously abrogated to a firesale. As the discounted (and disappointing) webOS tablet permeated the market, it got into the hands of many an Android hacker eager to turn it into a viable modding project.

And so CyanogenMOD 7 was successfully ported to the device and now, months later, a beta version of the popular MIUI mod has made it, too. Unlike CM7 which is far more mature, the unique MIUI mod has a few kinks to work out, including its famous app drawer-free launcher, but in the meantime it’s ready to take for a spin with full hardware acceleration and WiFi compatibility intact.

If you do decide to dual-boot your Touchpad, let us know how it works out!

Sonos Port vs Amp: Which device is right for you?