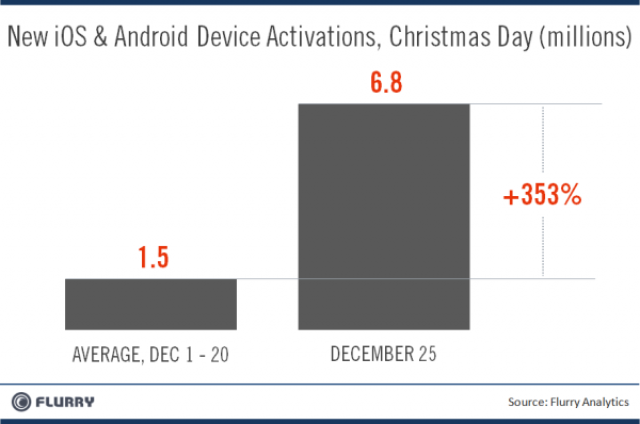 This is definitely one for the record books. According to Flurry, that analytics company who told you iOS developers earn four times more than Android ones, there were 6.8 million combined iOS and Android activations worldwide on Christmas day.

In addition, 242 million apps were downloaded between both platforms on Christmas, some 125% more than on a usual December day. That is an absurd number, with the most happening between 9pm and 10pm.

Between 2010 and 2011, Christmas day iOS and Android activations grew from 2.8 to 6.8 million, and this momentum is not likely to slow down any time soon.

See all the stats and charts at Flurry’s blog.