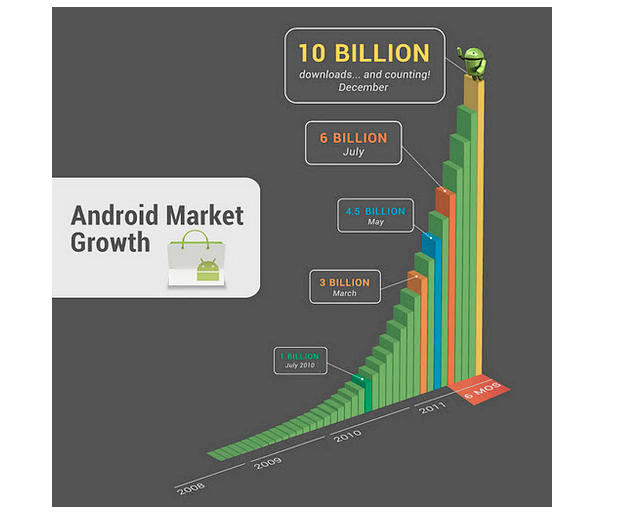 It’s all coming together. Earlier today Google launched a $0.10 promo on selct Android apps, now the company has announced that they have successfully passed over the 10 billion app download milestone.

On the company blog they stated that “One billion is a pretty big number by any measurement. However, when it’s describing the speed at which something is growing, it’s simply amazing. This past weekend, thanks to Android users around the world, Android Market exceeded 10 billion app downloads—with a growth rate of one billion app downloads per month. We can’t wait to see where this accelerating growth takes us in 2012.”

Comparing to other app download stats, probably the most prominent is Apple’s App Store with July stats having “over 15 billion apps have been downloaded from its revolutionary App Store”. Also in July, RIM revealed that they crossed over the “1 billion app download milestone”.

In addition, Google also said that more 10 cent apps are en route, “Starting today for the next 10 days, we’ll have a new set of awesome apps available each day for only 10 cents each”.