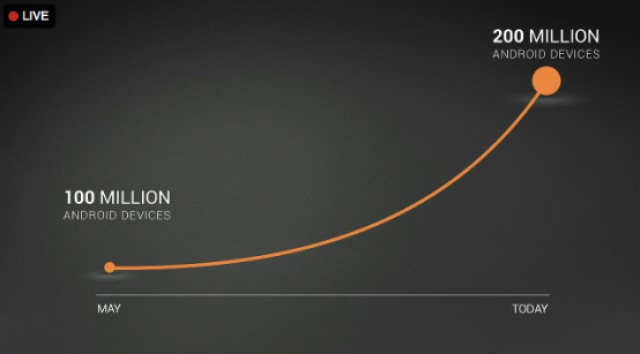 Google is holding an event in Los Angeles called ‘These Go To Eleven’ which unveiled their free Google Music offering. Unfortunately there are no plans yet to bring it to Canadians. The services is a cloud-based music service that will be free to users and let’s you buy and share “millions of songs” straight from the Android Market. The app is available to devices that have Android 2.2 and up. On a stats note for Android, Google’s Jamie Rosenberg, Director of Digital Content, stated that Google is activating over 550,000 new Android devices everyday, bringing the total to 200 million Android activations – a combination of both phones and tablets.