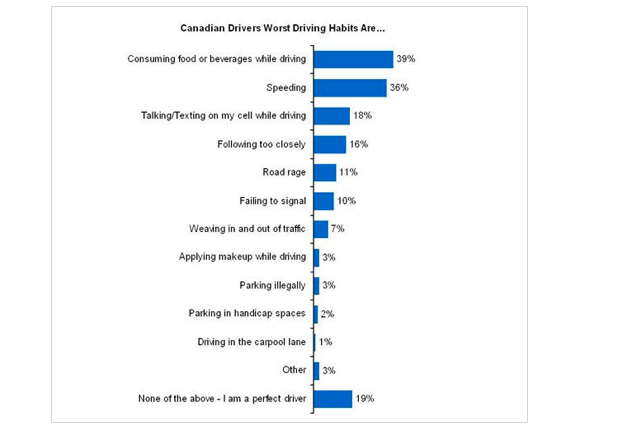 Using your mobile phone has been banned in many Canadian provinces for some time now. If you’re caught you could face big fines – ranges between $155 to a max of $500, plus demerit points. A new survey has been released by insurance company Kanetix that reveals talking and texting while driving is still very prevalent. The survey was conducted between October 24th and October 26th of 1,344 Canadians and found that 18% of voters admitted to “Talking/Texting on my cell while driving”, this represents approximately 242 voters. At the top of the list was consuming food and beverages with 39%, followed by speeding at 36%. However, there’s a chosen group at 19% that states they don’t speed, eat, talk, park illegally, fail to signal… they are perfect drivers all the time – which honestly might skew the findings.