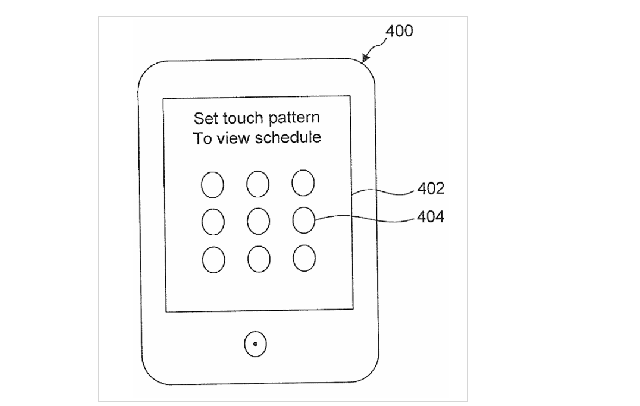 We seem to always post about innovative patents granted to Apple, so it’s nice to report that Google is protecting some of the features that make Android unique.

One such feature has been there for a few versions now, namely the pattern-based unlock screen. With it you are able to define a particular shape in a nine-point grid, making it nearly impossible to crack using brute force. It’s a simple and effective way of keeping your device secure, and even though newer arguably “cooler” methods have been added to Ice Cream Sandwich, namely Face Unlock.

Delving deeper into the patent filing, Google has also posited a method of executing custom actions directly from the pattern-based lock screen, depending on the shape and position of the gesture. For example (see photo after the break) you could pull up your calendar entries by forming a particular shape without even unlocking the device.

Though this hasn’t been implemented into ICS it’s a great idea and something that Android developers have already put into custom ROMs such as CyanogenMOD.