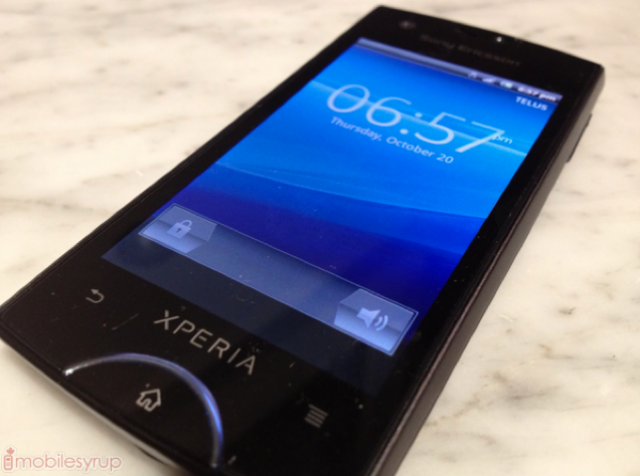 Sony Ericsson has been releasing a steady flow of Android devices for a couple years now. The company recently stated they have shipped over 22 million Xperia smartphones to date, such as the Xperia X10, arc and Play, and will be “shifting the entire portfolio to smartphones during 2012”. So no more basic talk and text QWERTY feature phones. In Canada, majority of the Sony Ericsson handsets ended up on Rogers and its sub-brands, like Fido and Chatr. New entrant Mobilicity somehow released the Xperia X10, but was this was apparently from another resource and not through Sony Ericsson Canada.

Now, in a surprising and welcomed move, TELUS announced that they’ll be launching their first Android-powered Sony Ericsson smartphone, the Xperia ray. This will be available “for the holiday season”, we’re hearing November 4th (unconfirmed).

At first glance this automatically took me back to the days of an entry level, underpowered, device that I would simply wright off. It’s small, thin and light. However, for its size, this little slab is packed with astonishing specs that makes it something to consider.

The overall dimensions of the ray come in at 111 x 53 x 9.4 mm. People generally know what the iPhone 4 looks and feels like, I know they are very different devices, but to compare sizes the iPhone 4 is 115.2 x 58.6 x 9.3 mm – so generally around the same size. The display looks small, but is actually 3.3 inches and has a resolution of 480 x 854. The touchscreen display is scratch-resistant, catches lots of fingerprints, and also has the familiar capacitive home and back buttons. The main menu button is a physical button that is slightly raised above the display.

Apart from the display the ray is made of plastic, which is mainly why it only weighs in at 100 grams. It feels great in the hand, the back cover has this leather like feel to it that certainly adds to the overall quality, but I think TELUS will have several back cover plates available, specifically in aluminum. Around the device you have the usual buttons and ports (unfortunately lacking an HDMI port), the left hand side has the micro-USB, on the top there is the power button and the 3.5mm headphone jack, and right hand side there’s the volume rocker. Located on the back is probably one of the more impressive features, an 8.1-megapixel Exmor-R camera with LED flash that shoots 720p HD videos. There’s also a VGA front-facing camera for video calling. 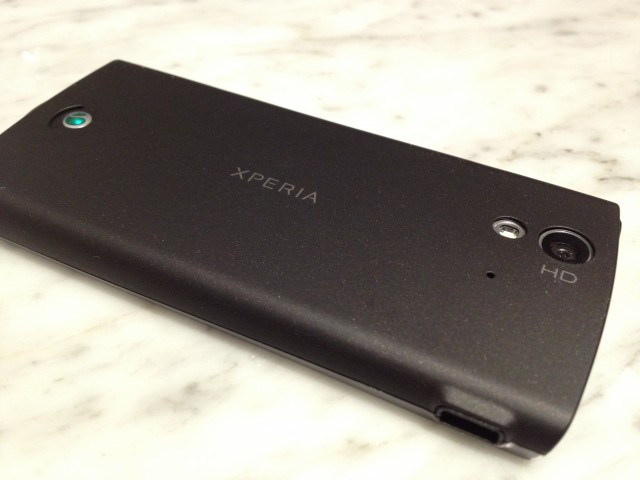 Under the hood the ray has a 1GHz single-core processor, 512MB of RAM and just over 300MB of available space for apps. There’s a 1500 mAh battery that will apparently give you about 7 hours of talk time, we’ll do a battery life test in our full review. When the ray was initially released in the UK earlier this month it was outfitted with Android OS 2.3.3, but TELUS will be releasing this with OS 2.3.4.

Overall, the ray is well built and comes with solid specs. We’re not sure what prices TELUS will release the Xperia ray for – most likely closer to the affordable entry level pricing, which is why it’ll make it and attractive device to think about getting. We’ll have our full review up shortly. 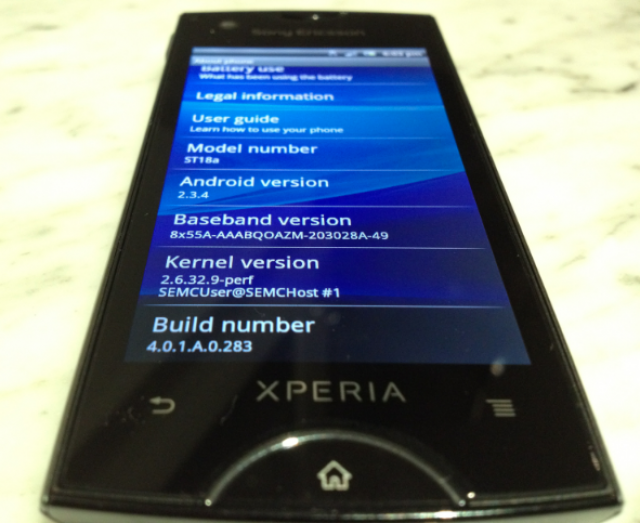 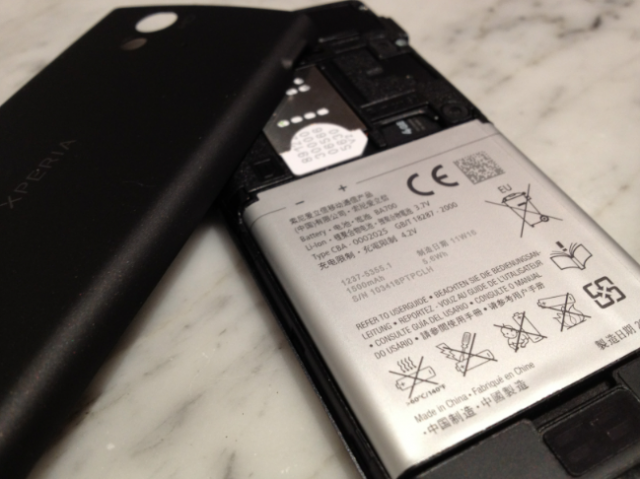 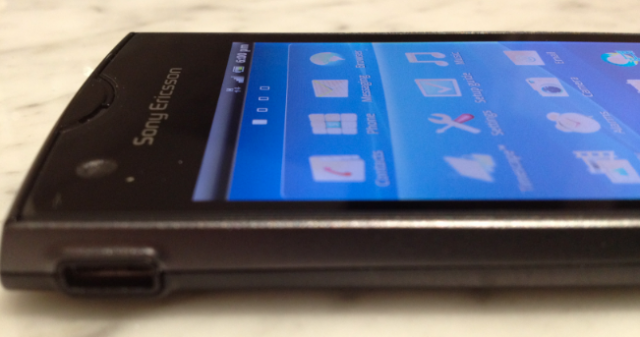 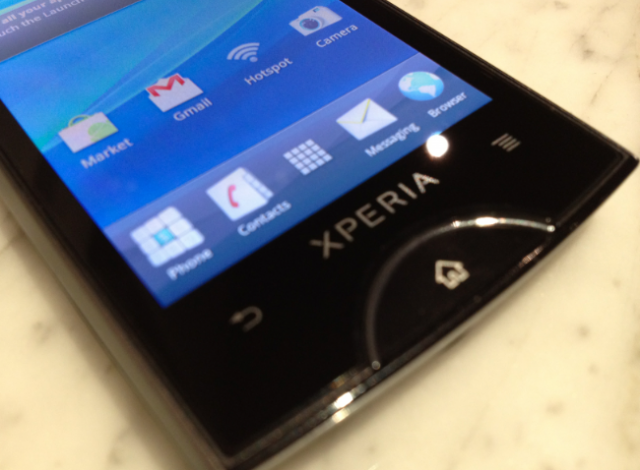 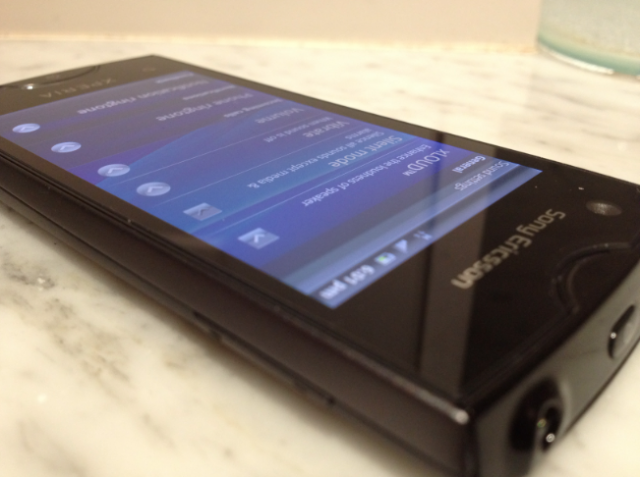 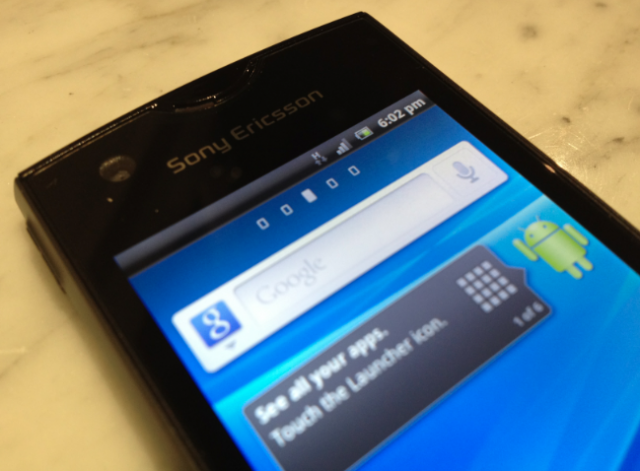