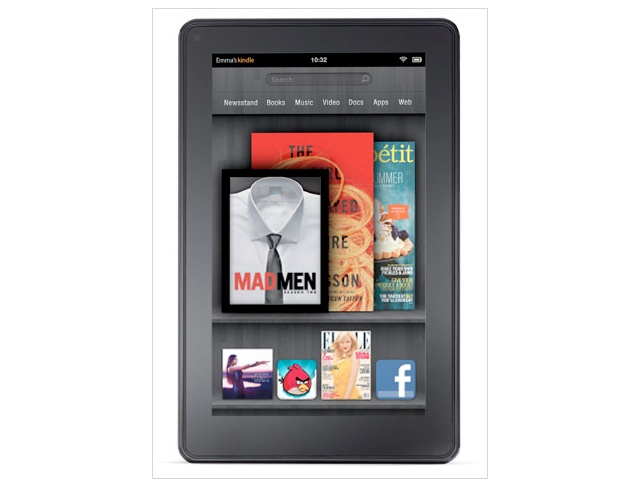 Another tablet has been announced today, one that some are saying will be the “iPad killer”. Amazon has unveiled the Kindle Fire tablet – which looks like the BlackBerry PlayBook, so maybe RIM will sue Amazon on its design. The Kindle Fire is a Wi-Fi tablet (sans 3G) that runs Android OS 2.1 and priced at a low $199, undercutting the iPad by $300. Weighing in at only 14.6 ounces, the 7-inch  display is made of Gorilla Glass and has a resolution of 1024×600. A key selling point is not just the price, but that it has a 1GHz dual-core processor. However, a downer is that there are no cameras on this tablet. In addition, even though the Fire runs Android, the only way you’ll be able to get apps is via the Amazon AppStore. Amazon has also build a new cloud-based browser called “Amazon Silk”, which is apparently pretty smooth.

This will be available first in the United States on November 15th with pre-orders now open. Unfortunately there’s no talk of a Canadian release date yet. So if you’re interested in getting it’s best to take a trip south or order it online, then ship it to a buddy.