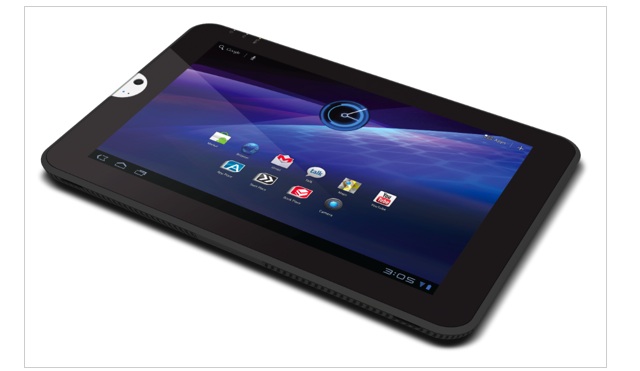 Another tablet is coming to Canada – the “Toshiba Tablet”. This runs Android 3.1 Honeycomb, has a NVIDIA Tegra 2 processor, 10.1-inch display, stereo speakers, USB, HDMI ports and a 2 megapixel front-facing camera and a 5 megapixel rear-facing camera. In addition, Toshiba states that this can be somewhat personalized as the back cover can be replaced with the following colours: Blue Moon, Raspberry Fusion, Lavender Bliss, Silvery Sky and Green Apple.