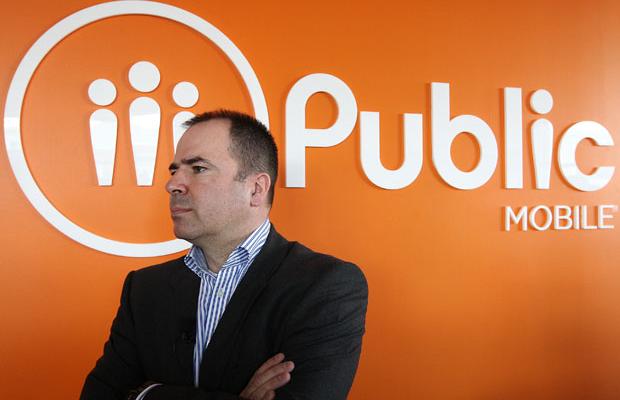 Discount carrier Public Mobile operates in both Toronto and Montreal and has the capability of attracting a subscriber base of 19 million customers. During the 2008 Spectrum Auction they invested a mere $53 million with backing of $50 million OMERS and a $350 million financing deal with ZTE Corporation and the Export-Import Bank of China. Their coverage area that stretches from Windsor to Quebec City and earlier today Public announced their upcoming data offerings, this will accompany their low-cost talk and text plans.

A topic of conversation over the last several months has been who will (if any) of the new entrants will be acquired. Public Mobile says they would consider buying WIND Mobile or Mobilicity. WIND says they will snatch up the other and Mobilicity has just remained quiet on the issue all together.

At the press conference today Public Mobile CEO Alek Krstajic said “I would love to be an acquirer. I think one or more of the other new entrants runs out of money by the end of this year. Access to capital is everything… We have a very diverse shareholder group, so I think we’re in a good position.”

We then reached out to Mobilicity and are waiting a response but WIND Chairman Anthony Lacavera stated in an email to us that “The pricing plans introduced by Public Mobile today reflect a company with a weak market position and a weaker offering that is well behind the other new entrant players. They will not survive long selling services below cost just to try and pressure Globalive or one of the incumbents to buy them out… We continue to be open to dialog with other new entrants as there is room for only one new national carrier, and with our market lead and strong financial footing we believe we are the logical consolidator.”

Who do you think will purchase who…
Source: WFP