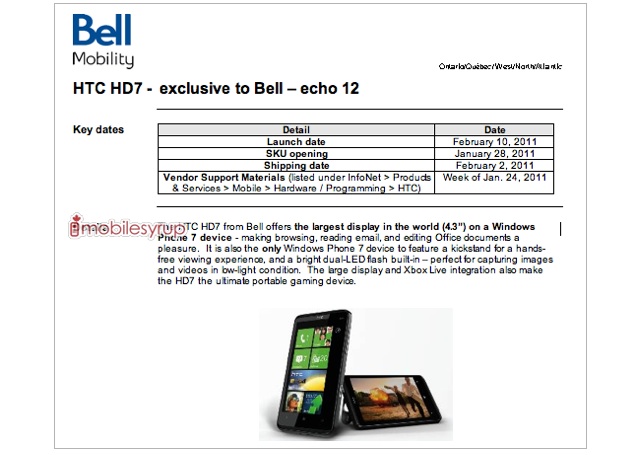 It’s now confirmed. We mentioned this before but Bell will officially be releasing the Windows Phone 7 powered HTC HD7 on February 10th. The “Suggested retail price” that’s listed for all plans is only a place holder for now at $599.95.

The official description by Bell from the internal doc we received stated that “The HTC HD7 from Bell offers the largest display in the world (4.3”) on a Windows Phone 7 device – making browsing, reading email, and editing Office documents a pleasure. It is also the only Windows Phone 7 device to feature a kickstand for a hands-free viewing experience, and a bright dual-LED flash built-in – perfect for capturing images and videos in low-light condition. The large display and Xbox Live integration also make the HD7 the ultimate portable gaming device.” 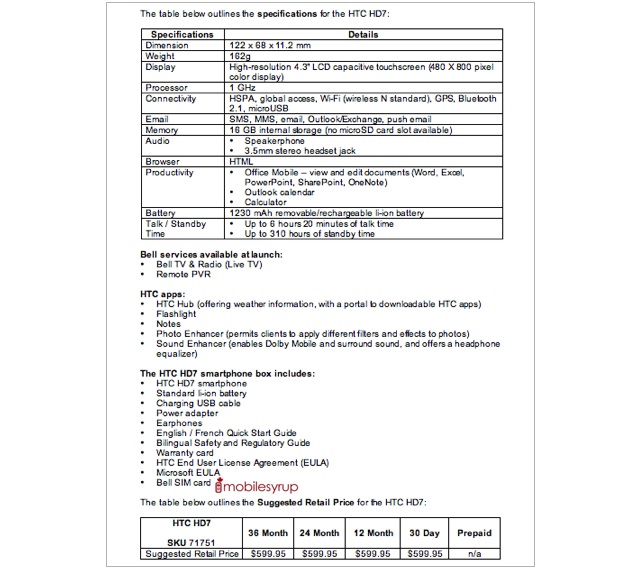 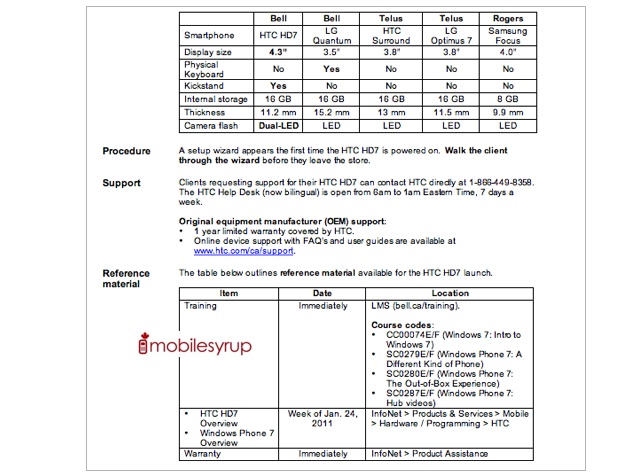