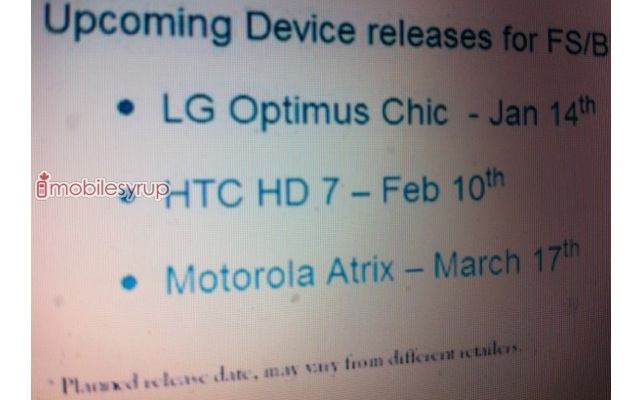 It’s known that this will be exclusively launched by Bell but they have only stated that it will be available “in the coming months”. However, one of out tipsters sent us this screenshot of a document that shows Thursday, March 17th as the launch date. It does state that is a “planned release date, may vary from different retailers”. No word on price points yet.

The doc also shows the recently released LG Optimus Chic that was released on the 10th, and the upcoming HTC HD 7 that’s targeted for a February 10th release.