“The average iPhone user is using less than 300 megabytes” 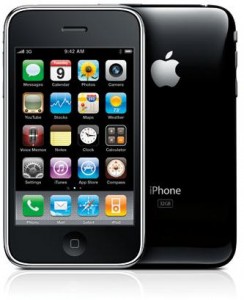 When the Apple iPhone was originally introduced back on July 11th, 2009 there was a bit of backlash when it came to the Voice and Data price plans. So much so that Rogers decided to create a limited time offer of a $30 6GB plan. This went over well and soon after the demand outweighed the stock.

The same thing happened with the iPhone 3GS launch. Rogers re-introduced the $30 6GB plan and soon after it was released the iPhone was out of stock. Rogers did state that “We’ve sold tens of thousands of iPhone 3GS units through Rogers Wireless and Fido. Demand for the iPhone 3GS in Canada has been very strong and we’re working with Apple to get a 3GS to every Canadian who wants one.”

However, still to this date getting the 3GS is tough to find at a Rogers or Fido location. You can get it through the Apple Store though. No word on exactly how many iPhone 3GS has been sold since the Canadian launch, but at the BMO Media & Telecom Investor Conference Rob Bruce, President of Rogers Communications has said “The average iPhone user is using less than 300 megabytes”.

So, for the iPhone users… how much are you using?