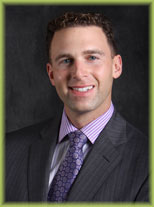 Fresh of the heels of Globalive signing a multi-million dollar deal to have Nokia Seimens roll-out their 3G network, the CRTC has decided to move forward to “conduct a lengthy public hearing process” on Globalive’s ownership structure… which means the targeted Q4 launch plans are now officially delayed.

During the Wireless Spectrum Auction last year Globalive shelled out $442 million, a portion of the funds were from Eygptian based Orascom. Industry Canada allows a maximum of 20% foreign ownership and it was back in March that the CRTC actually issued Globalive their licenses. Anthony Lacavera, Chairman and CEO of Globalive himself said “We worked closely with Industry Canada throughout their detailed review and are pleased to be moving forward with this exciting project. Having been issued our licenses, we are one huge step closer to improving the wireless experience for Canadians by giving them a wireless company that listens, responds and collaborates with its customers. Today we are thrilled to welcome Canadians to a long-awaited brand new day in the Canadian wireless market.”

Things started to heat up in April when Michael Hennessy, VP of wireless, broadband and content policy for TELUS asked the CRTC to look into how the Globalive/Orascom relationship is structured and exactly how much foreign capital is actually invested. He stated “In Telus’s view, a more fulsome and transparent review is required in order to ensure that all similarly situated carriers are being treated equally and fairly”.

With TELUS requesting this process Lacavera stated “My response is brief: Telus is trying to stifle much needed wireless competition in Canada. Since we launched this website (WirelessSoapbox) thousands of Canadians have written to me, telling me about the need for more mobile competition and yet one of Canada’s largest wireless provides is turning their back on their own customers. For the record – Globalive has met all foreign ownership requirements as outlined by Industry Canada. To Telus I ask: why don’t we actually listen to our customer concerns instead of trying to destroy domestic competition? Let’s move on to more pressing concerns, shall we?”

With all this friendly wireless competition happening, and many Canadians looking forward to another wireless option, Lacavera was outspoken about today’s decision and said “Canadians have waited too long for more wireless choice While we respect the CRTC’s right to conduct this review, we are concerned that a lengthy public hearing process will delay Canadians’ overdue access to a new competitive offering. Industry Canada has already made a clear decision that we have effectively met all ownership and structural requirements. That decision allowed us to move forward with significant investment in Canadian technology; creating jobs and building a network. We hope the CRTC will recognize the delays to new Canadian jobs and much-anticipated new wireless offerings, and expedite the review process.”

Anthony Lacavera, CEO of Globalive, talks WIND Mobile, smartwatches, and being the Uncarrier of C...