Wires suck, but will this actually work? 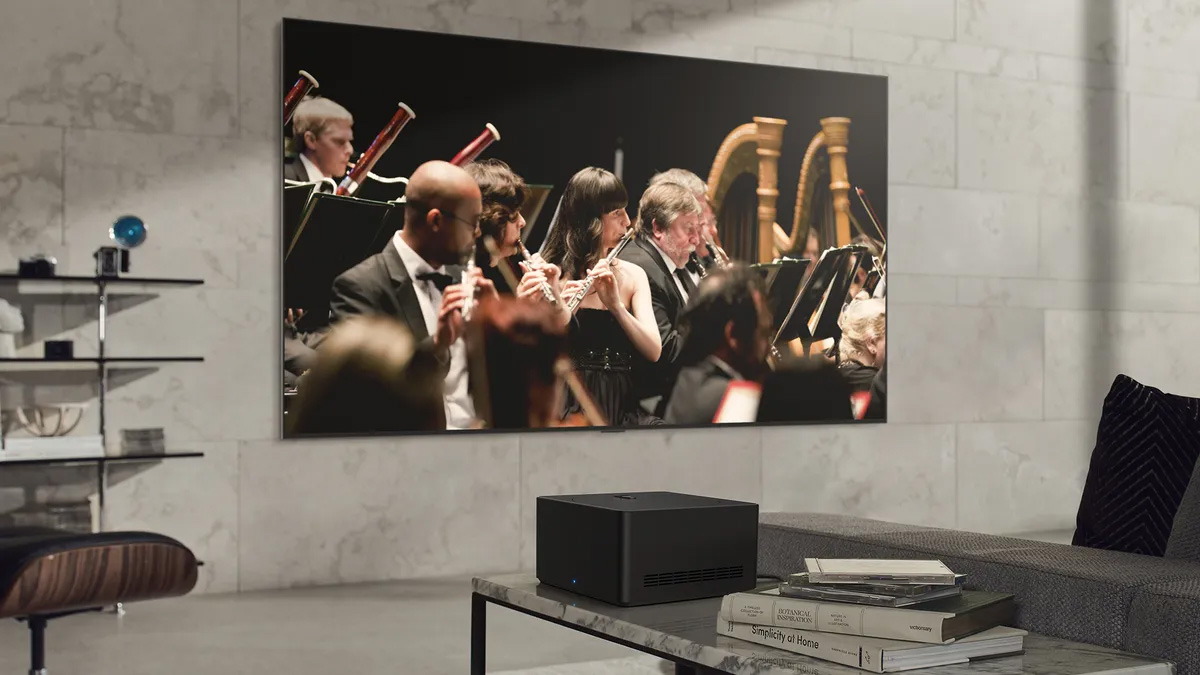 Some companies, like Samsung, have come up with inventive solutions like The Frame’s TV One Connect Box that allows you to plug devices directly into it instead of the television (the box still needs to be plugged in), but the dream has always been an entirely wireless setup.

While it still hasn’t been proven in the real world, LG’s 97-inch M3 TV seems like a near-true fulfillment of the wireless TV dream. LG says it’s the first company to support ‘Zero Connect’ wireless video and audio transmission, allowing you to plug your devices into a large external box to wirelessly send a 4K 120Hz picture from up to 9.1m (30ft) away.

To be clear, there’s still a box with unsightly wires coming out of it, but in theory, the actual M3 TV is entirely wire-free apart from its power cable, which is cleverly hidden in its stand. Along with clearing away cord clutter, this makes it possible to place the TV nearly anywhere in your home, freeing it from the shackles of cables (at least for the most part).

No other details about the M3 were revealed, including pricing and availability. However, expect the TV and its experimental technology to cost a significant amount of cash.

Not to be outdone by the television giant, a company called Displace TV showed off the world’s first totally wireless, battery-powered TV at CES 2023. Will it ever get a commercial release, though? Probably not.