Apple's latest base-level iPhone is strikingly similar to its predecessor 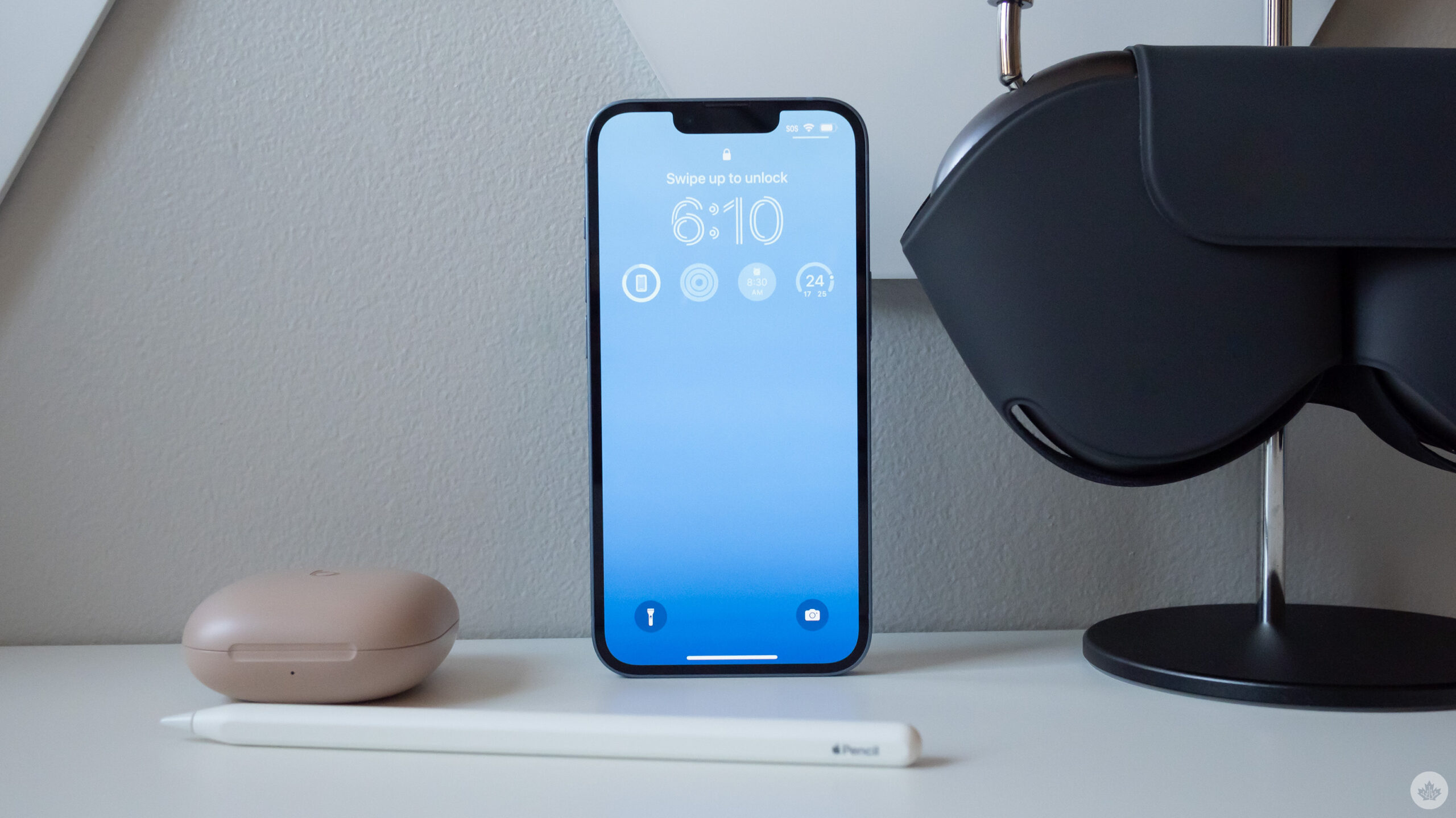 It features the same overall design with squared-off corners, a dual rear-facing camera with a sizable bump and the now very familiar display notch, with most of the changes to the device occurring under the hood. The main wide shooter has been upgraded with a larger sensor, improving the base-level iPhone 14’s low-light performance by a slim margin.

The iPhone 14 also marks the first time Apple has released its entry-level smartphone with a lesser chip when compared to the iPhone 14 Pro. This year’s base-level iPhone includes last year’s A15 chip (with an extra GPU core) vs. the new A16 in the higher-end iPhone 14 Pro. 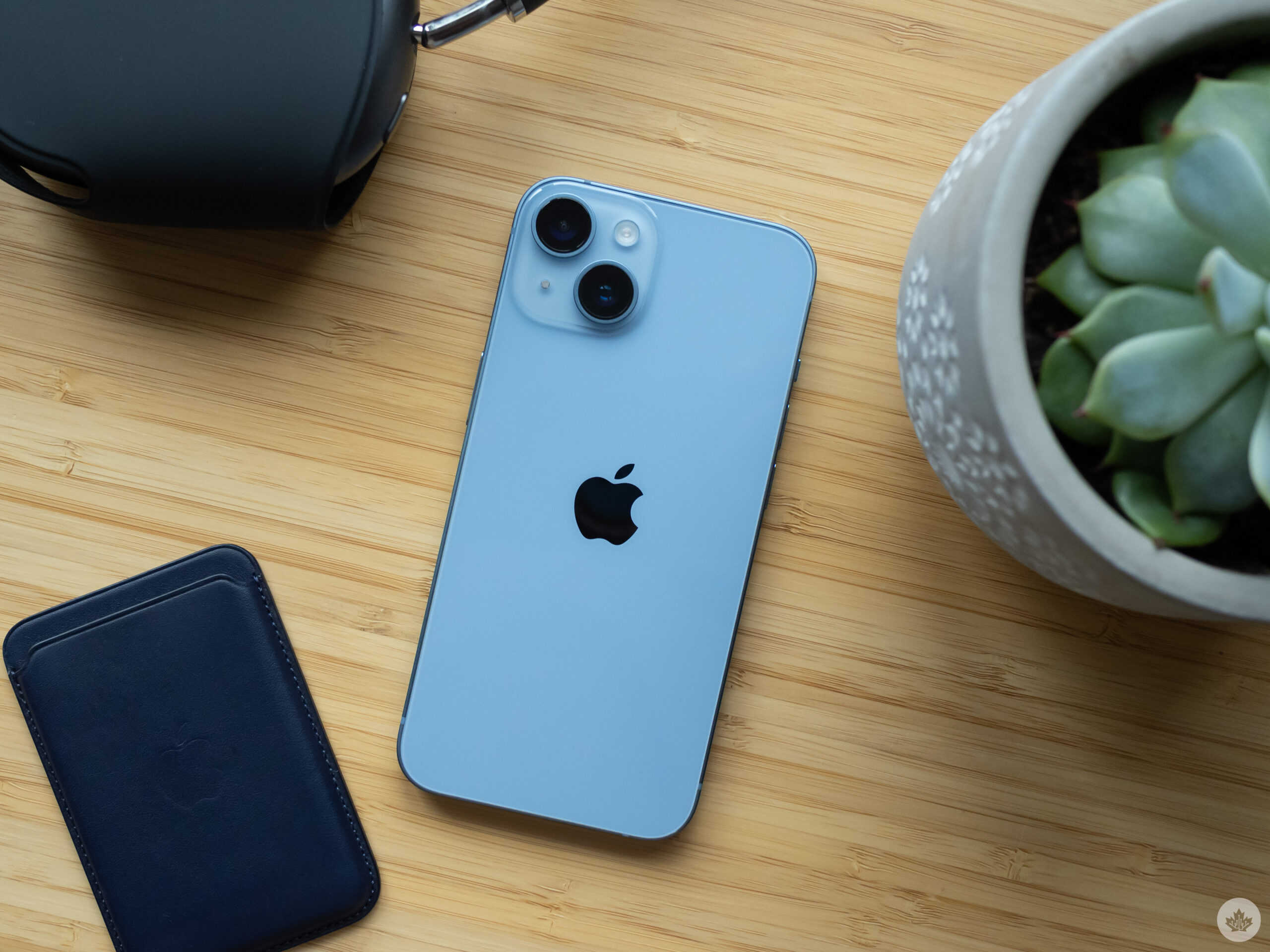 The main question surrounding the iPhone 14 is if it’s the iPhone the average Apple user should buy like has been in the past. To some extent, this is still true.

“Apple likely could have got the Dynamic Island working with the notch, but it also seems intent on separating both devices..”

It features an excellent camera, solid battery life and a great-looking OLED display. Still, even more so than the iPhone 14 Pro, it’s a marginal upgrade over the iPhone 13 that will likely only be worthwhile if you’re using an iPhone 11 or older that doesn’t feature an OLED display.

For an in-depth look at the iPhone 14 Pro, check out my review.

Up to 20 hours of video playback

Up to 26 hours of video playback

Up to 20 hours of video playback

Up to 26 hours of video playback

The short answer to the above question is not a lot. The iPhone 14 overall design and its 6.1-inch 1170 x 2532 pixel resolution display match its predecessor, including the now familiar notch and lack of a 120Hz refresh rate. Only the iPhone 14 Pro and iPhone 14 Pro Max offer the potential-filled ‘Dynamic Island’ front-facing display cut-out this year.

Apple likely could have found a way to make the Dynamic Island work with the notch, but it also seems intent on separating both smartphones to an extent, offering those considering buying the Pro a reason to opt for the more expensive device. 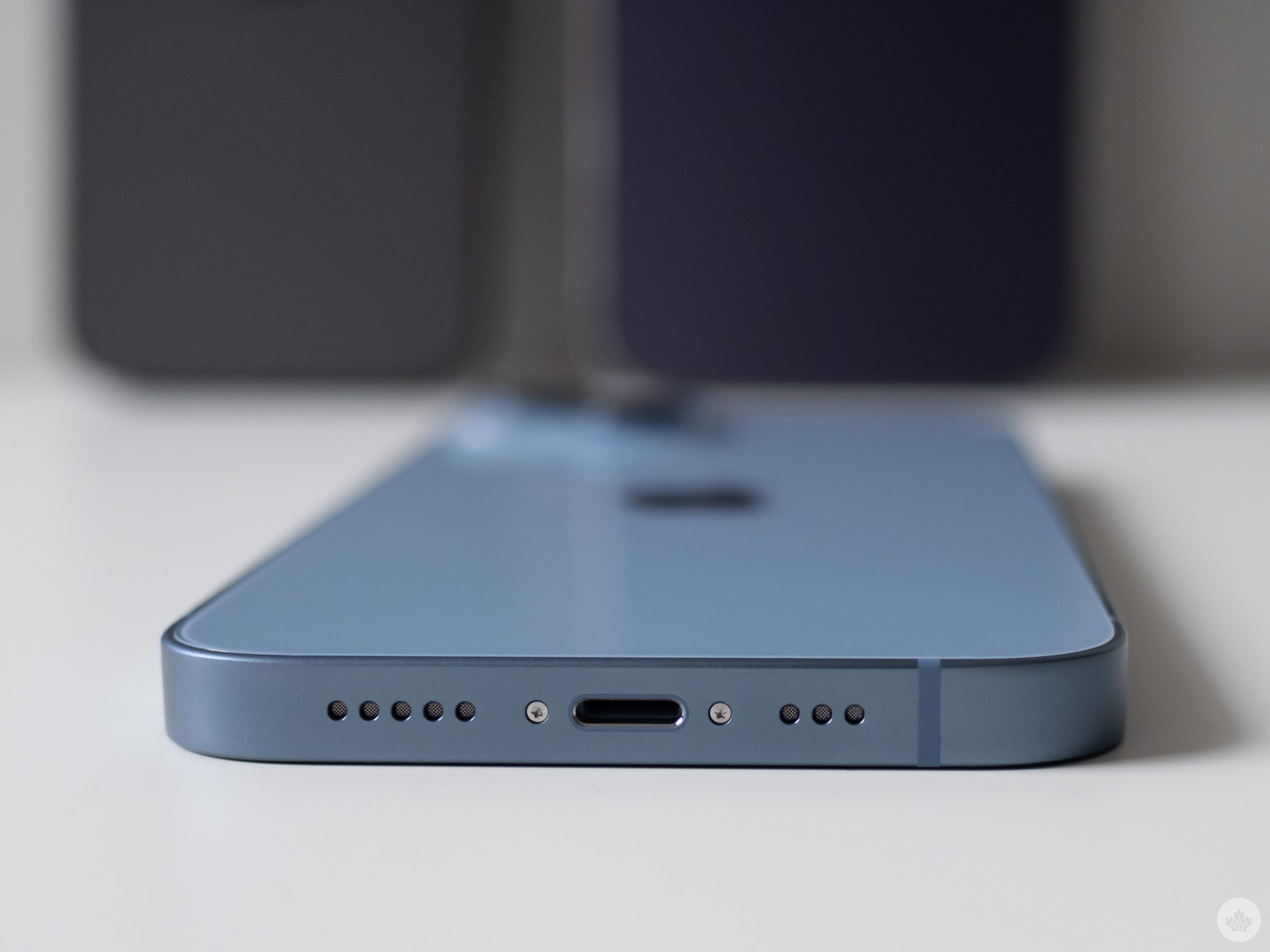 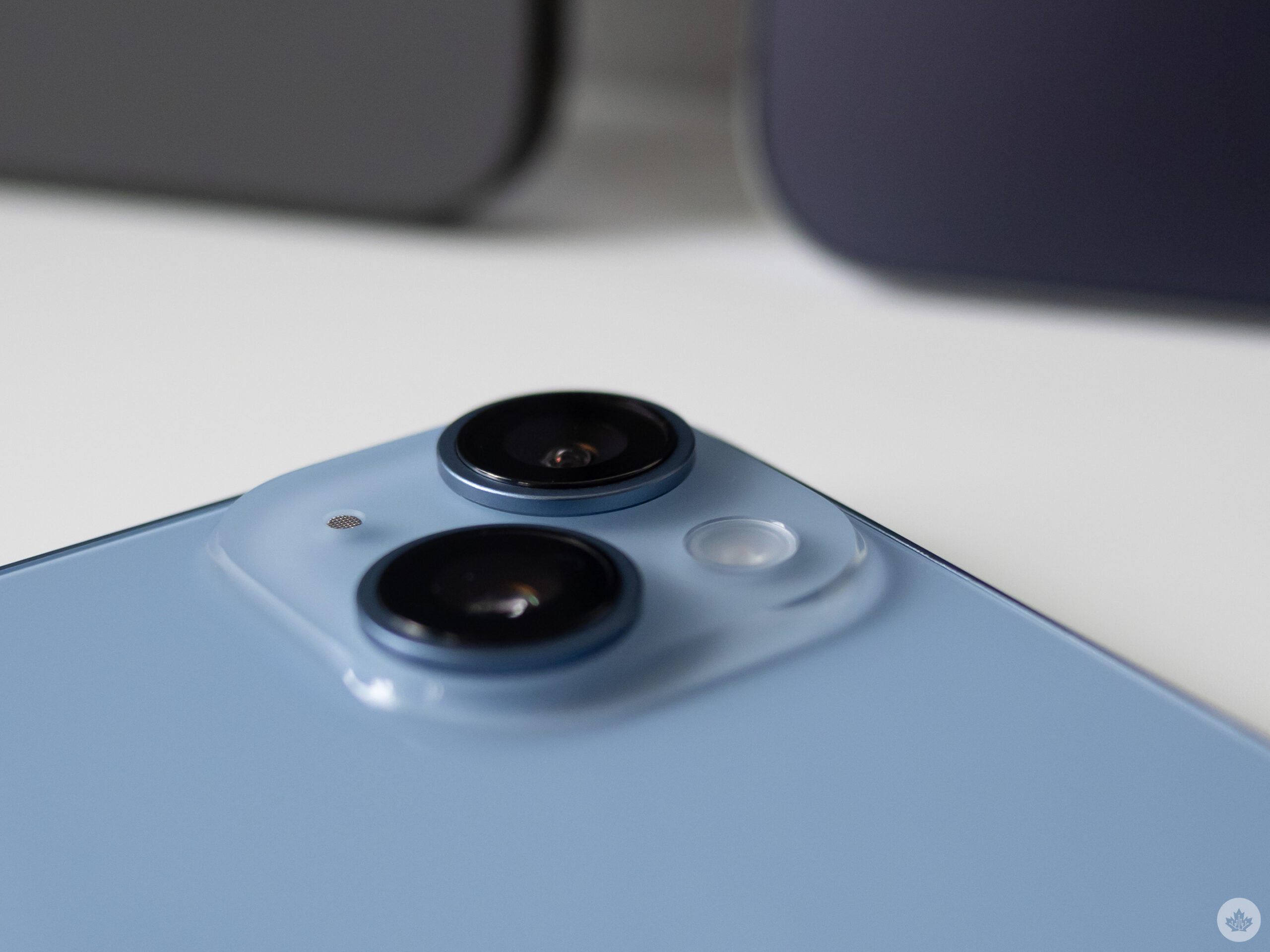 Nearly all of the iPhone 14’s upgrades are tied to the smartphone’s cameras, which Apple says features 49 percent better low-light performance thanks to its new main sensor and its ‘Photonic Engine,’ the new version of its ‘Deep Fusion’ tech (also known as Sweater Mode) that now occurs earlier in the photo process. For those unaware, the Photonic Engine is Apple’s branding for the tech giant’s computational photography, which combines machine learning and hardware to boost photo quality.

Other iPhone 14 upgrades include Face ID working in landscape orientation, and ‘Cinematic Mode’ supporting up to a 4K resolution at 30fps alongside Dolby Vision HDR. The new ‘Action mode,’ available on the iPhone 14 Pro (check out a test clip here), is also featured in the iPhone 14 and seems to perform similarly to the iPhone 14 Pro. It smooths out movement in video, but features a significant amount of contrast and doesn’t work well under low-light

Even the iPhone 14's chip is the same as last year's, with the iPhone 14 still featuring the A15 bionic, though it does include an additional GPU core. Does this mean much in daily use? Not really. Still, the A15 is powerful enough to run iOS apps, and I didn't experience any slowdown during my time with the smartphone.

The iPhone 14's 12-megapixel main shooter features larger 1.9μm pixels and a wider f/1.5 aperture, which is a minor step from its previous 12-megapixel f/1.6 1.7μm shooter last year. Further, the ultra-wide remains identical at 12-megapixels f/2.2, though the camera's quality is marginally improved thanks to the Photonic Engine.

I've often argued that offering iPhone 14 users some level of optical zoom would be far more helpful than an ultra-wide lens. Unfortunately, Apple seems to have no interest in ditching the wide-angle shooter from the base-level iPhone camera array. 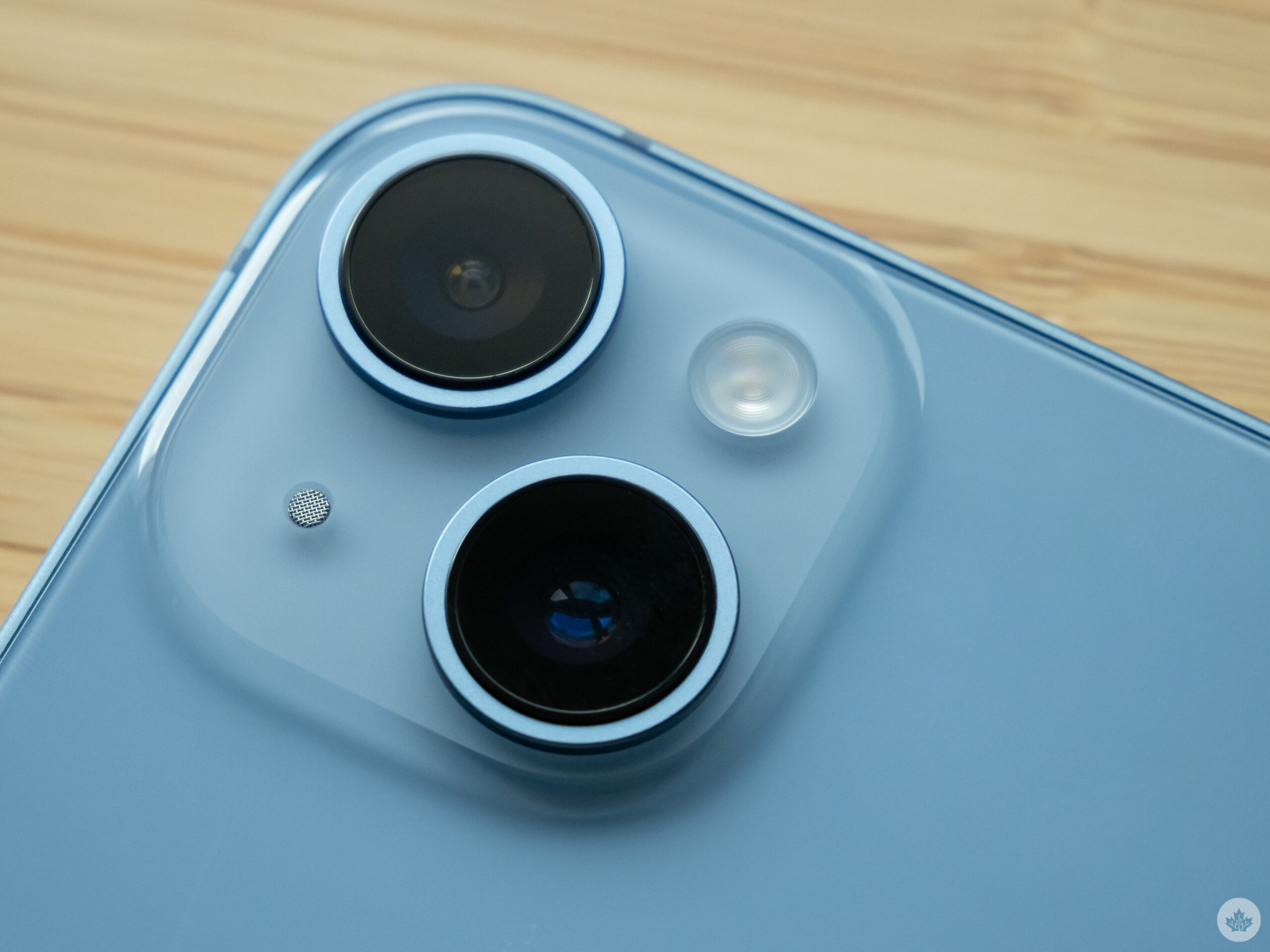 Flipping the iPhone 14 around to the front, the new TrueDepth camera system still housed in the notch now offers a wider f/1.9 aperture, which is a step above last year's f/2.2 aperture, allowing more light into the sensor. More importantly, the camera now supports autofocus, making it easier to snap crisp selfies quickly.

So what do all these new specs mean when actually taking photos with Apple's new iPhone 14?

First, the ultra-wide lens in the iPhone 14 snaps images nearly identical to the iPhone 13's. As you can see in the photo above, both photographs look almost identical. You could argue that the iPhone 14's ultra-wide shooter is slightly sharper, but the difference is barely noticeable. 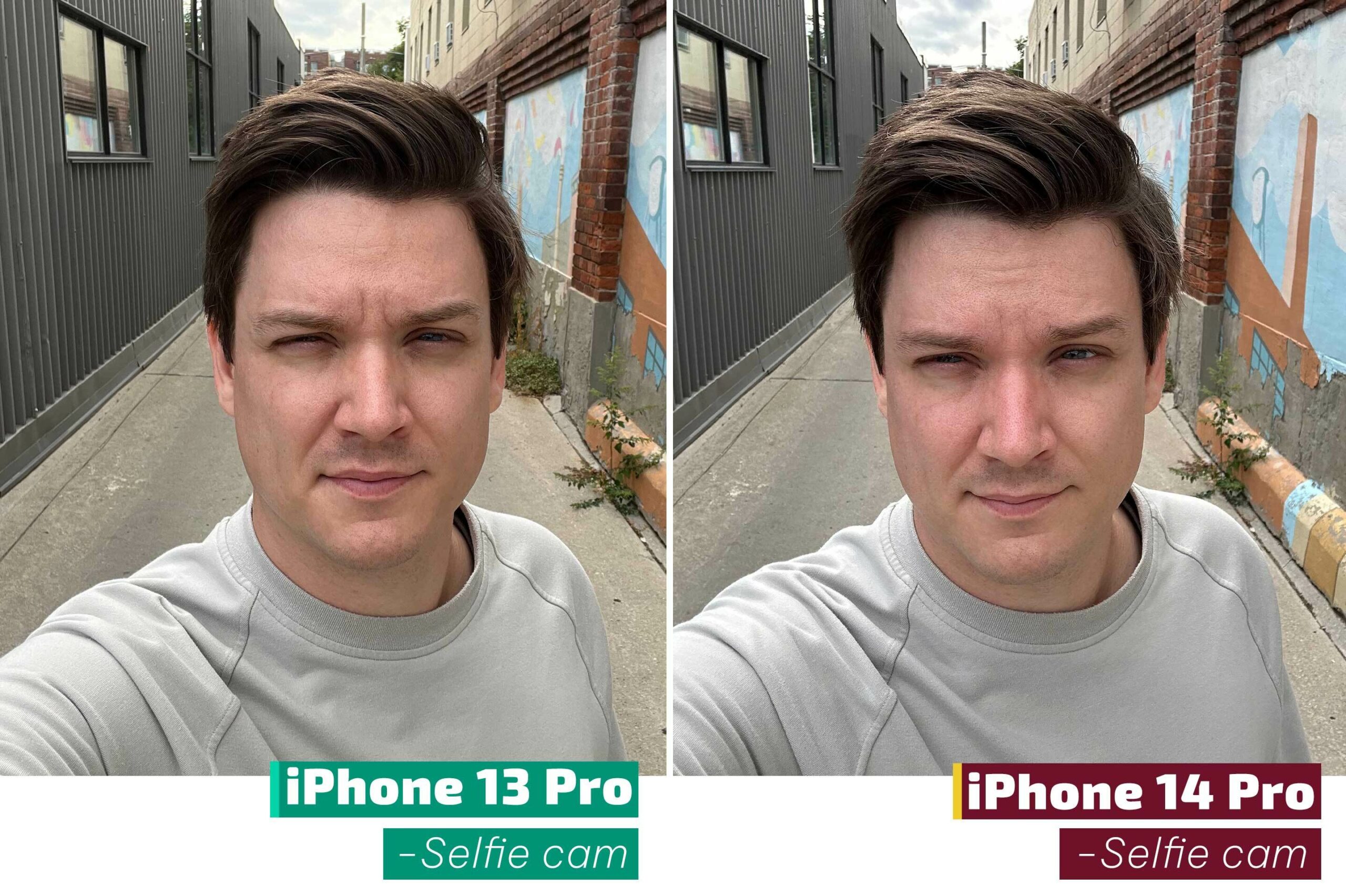 On the other hand, the iPhone 14's upgraded selfie shooter offers noticeable white balance and detail improvements. You can see more detail in my face and the focus is slightly sharper. Still, as you may have already noticed, there's a theme here, and the difference isn't substantial.

It's really under low-light where the power of Apple's Photonic Engine and upgraded iPhone 14 shooter come into play, but even then, the images look very similar.

In this low-light shot of a very dirty BMW, the colours pop slightly more and the focus is crisper in the iPhone 14 image, but again, both photographs are strikingly similar. 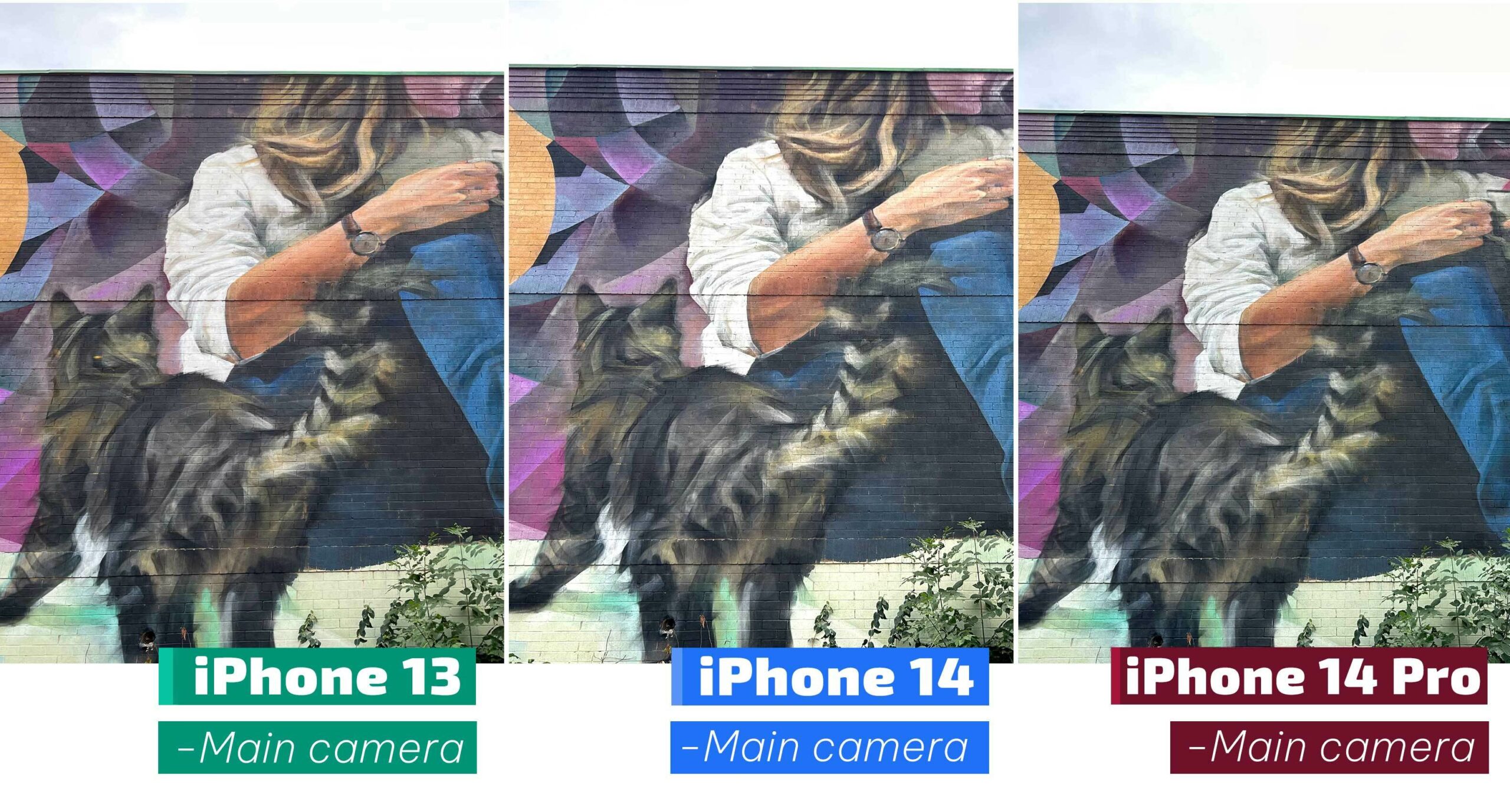 While Apple's claims regarding the iPhone 14's cameras are likely mostly accurate, just like the iPhone 14 Pro vs the iPhone 13 Pro, the law of diminishing returns comes into play here. The images indeed do generally look better, but there's not that much of an improvement. 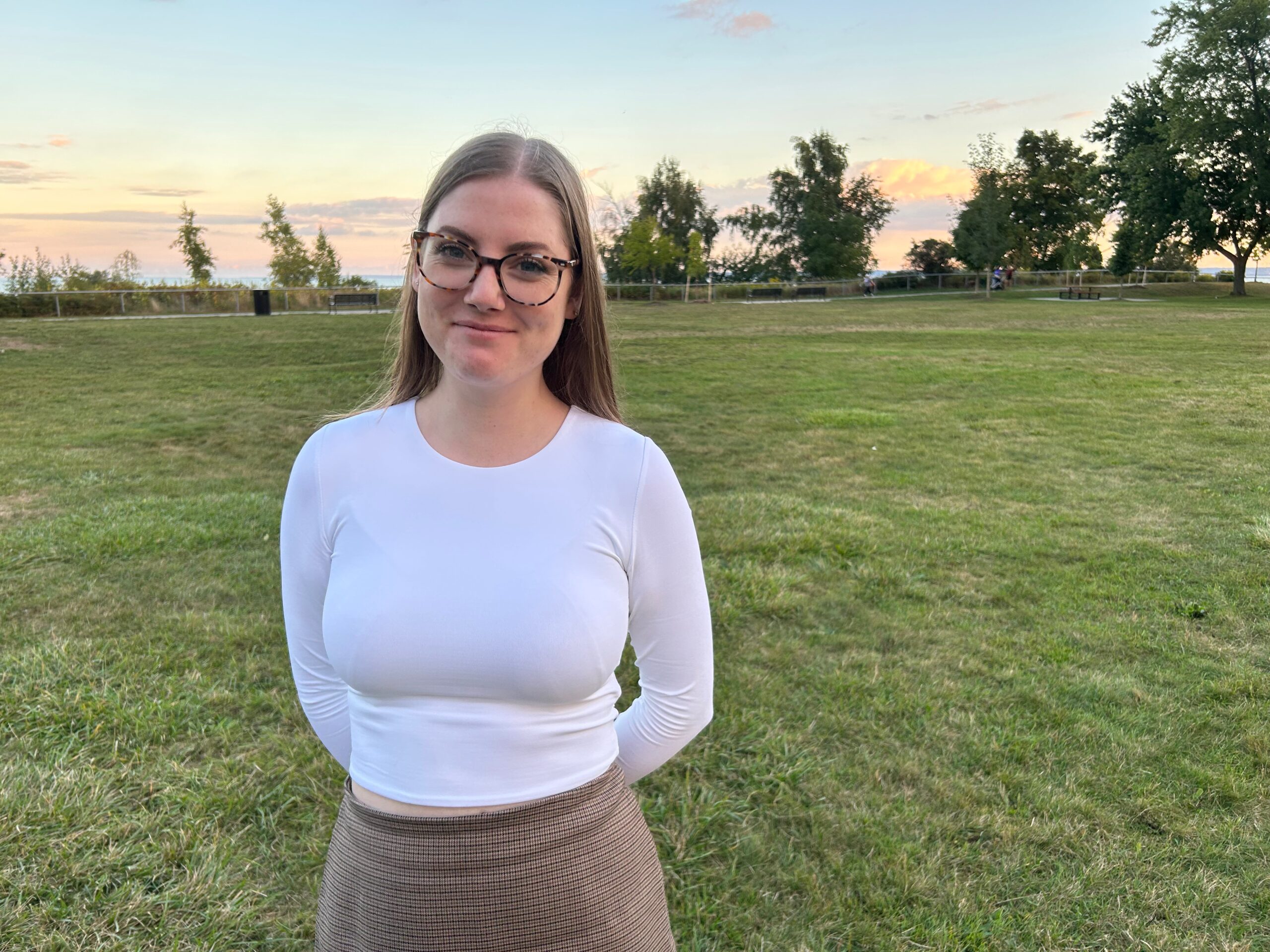 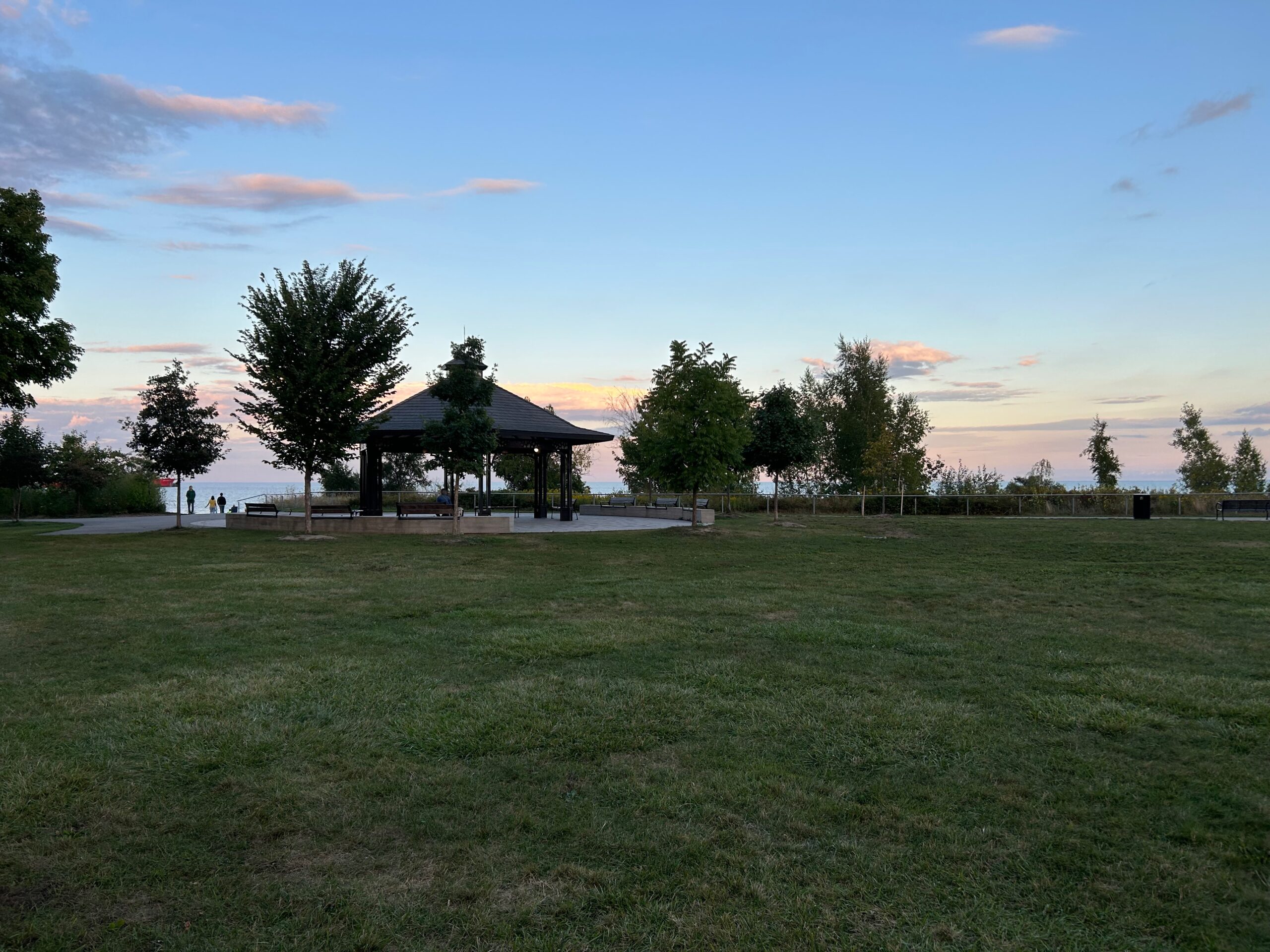 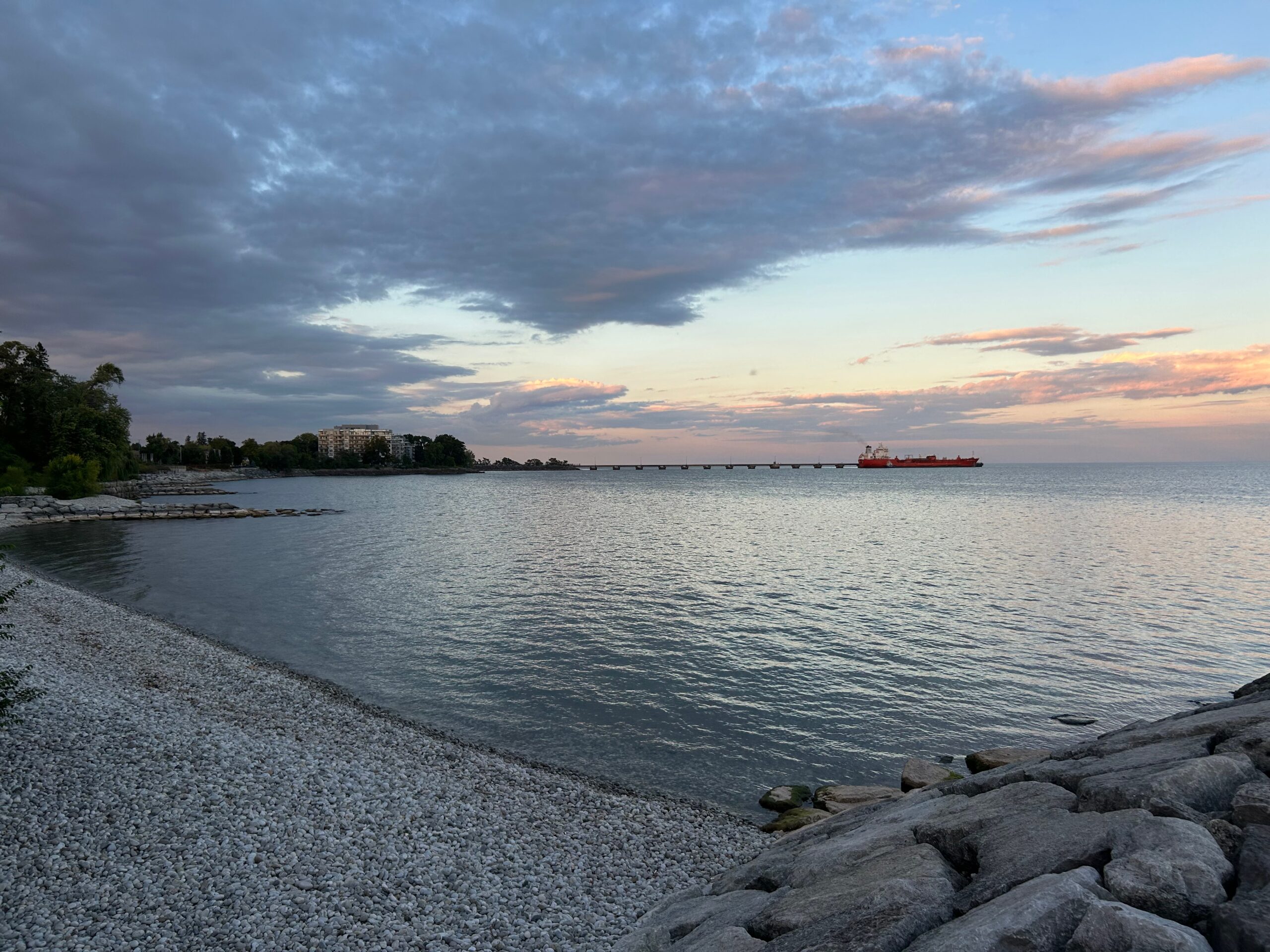 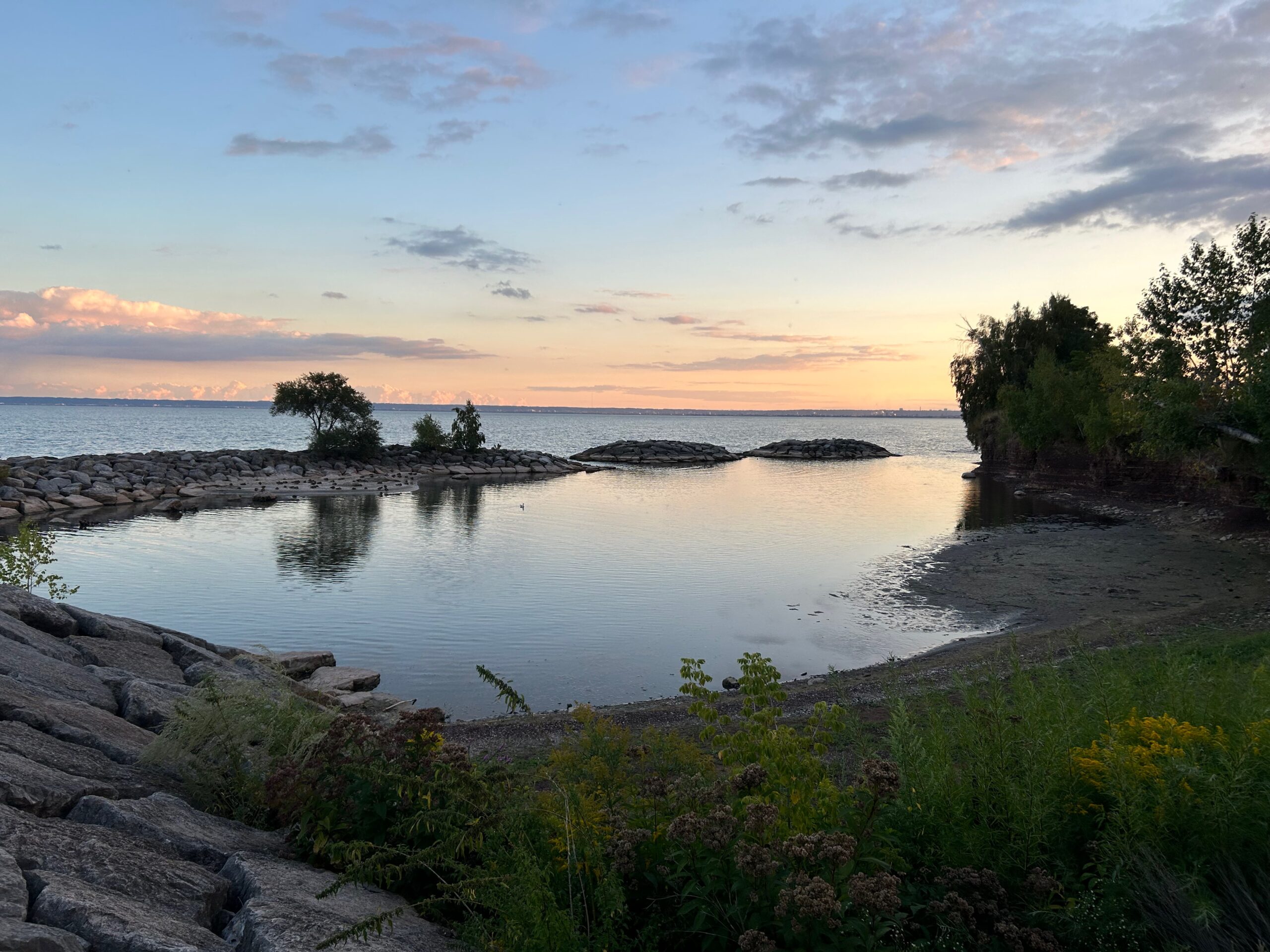 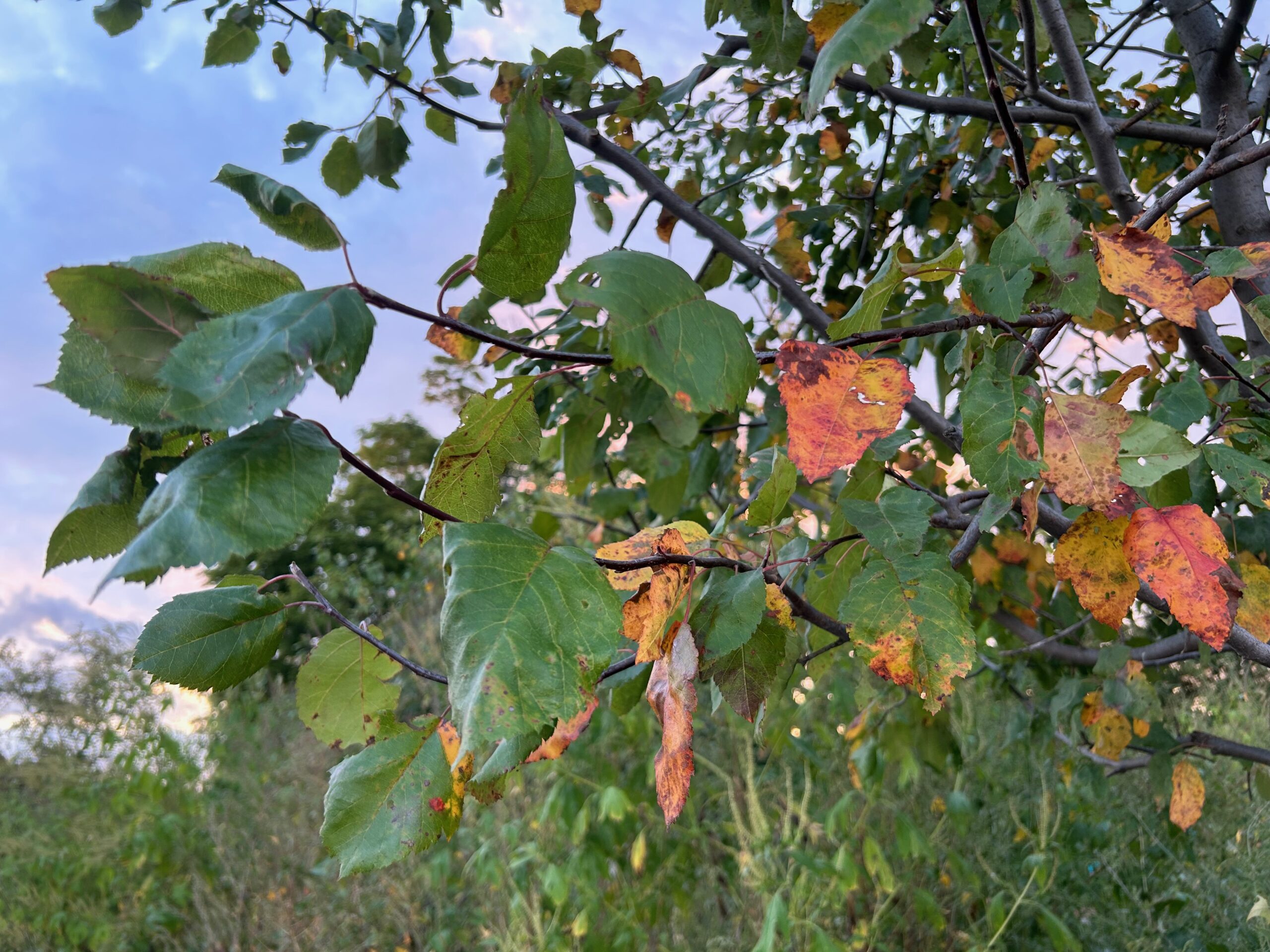 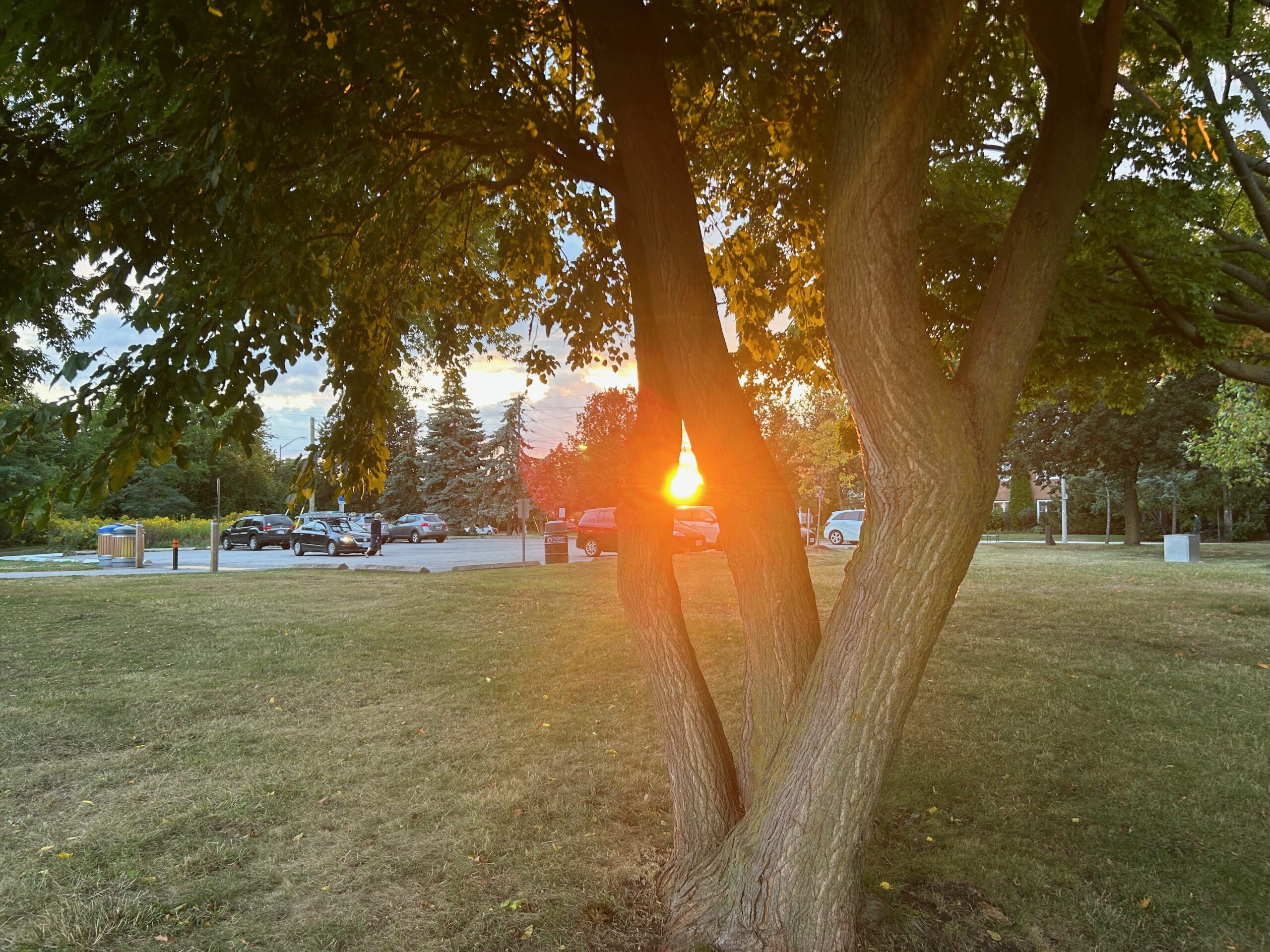 Other new features worth noting include Emergency SOS via Satellite and Crash Detection, which you can read more about in my iPhone 14 Pro review. Of course, the iPhone 14 Pro also supports iOS 16, which adds features like the new customizable Lock Screen, the ability to pull back messages, an expanded Maps app and more. Lock Screen customization is already a hit and one of my favourite iPhone features to release in the last few years. 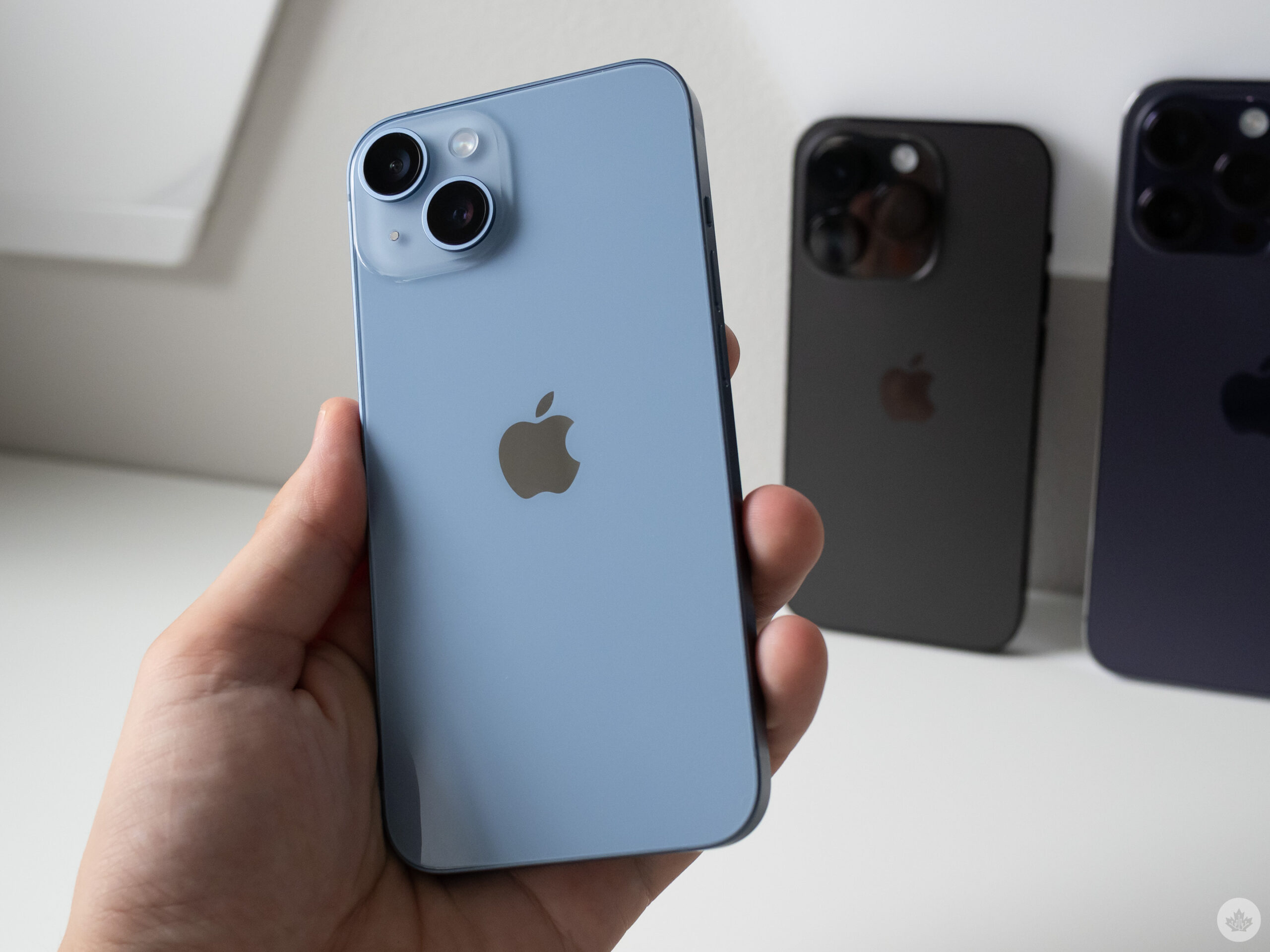 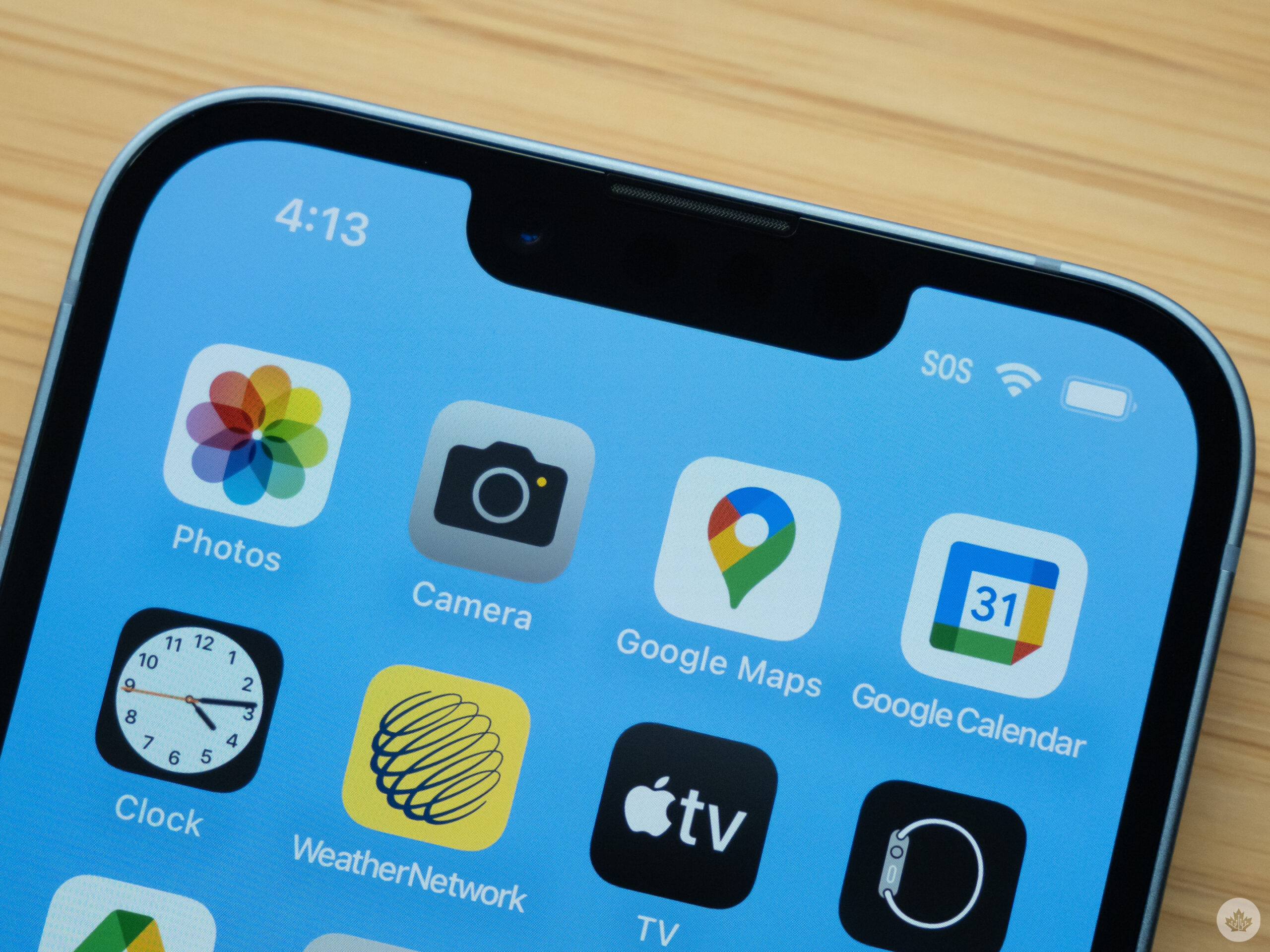 Finally, there are also new colours this year, including a variant of ‘Product Red,’ ‘Purple,’ and ‘Blue.’ While the new hues look fine, I prefer the more pastel colours Apple has featured in past versions of the base-level iPhone.

Note: This review will be updated with impressions of the iPhone 14 Plus when I'm able to get my hands on the smartphone. Beyond its larger 6.7-inch size, the device is identical to the iPhone 14. The smaller 5.42-inch iPhone mini is now dead, though Apple is still selling the iPhone 13 mini. 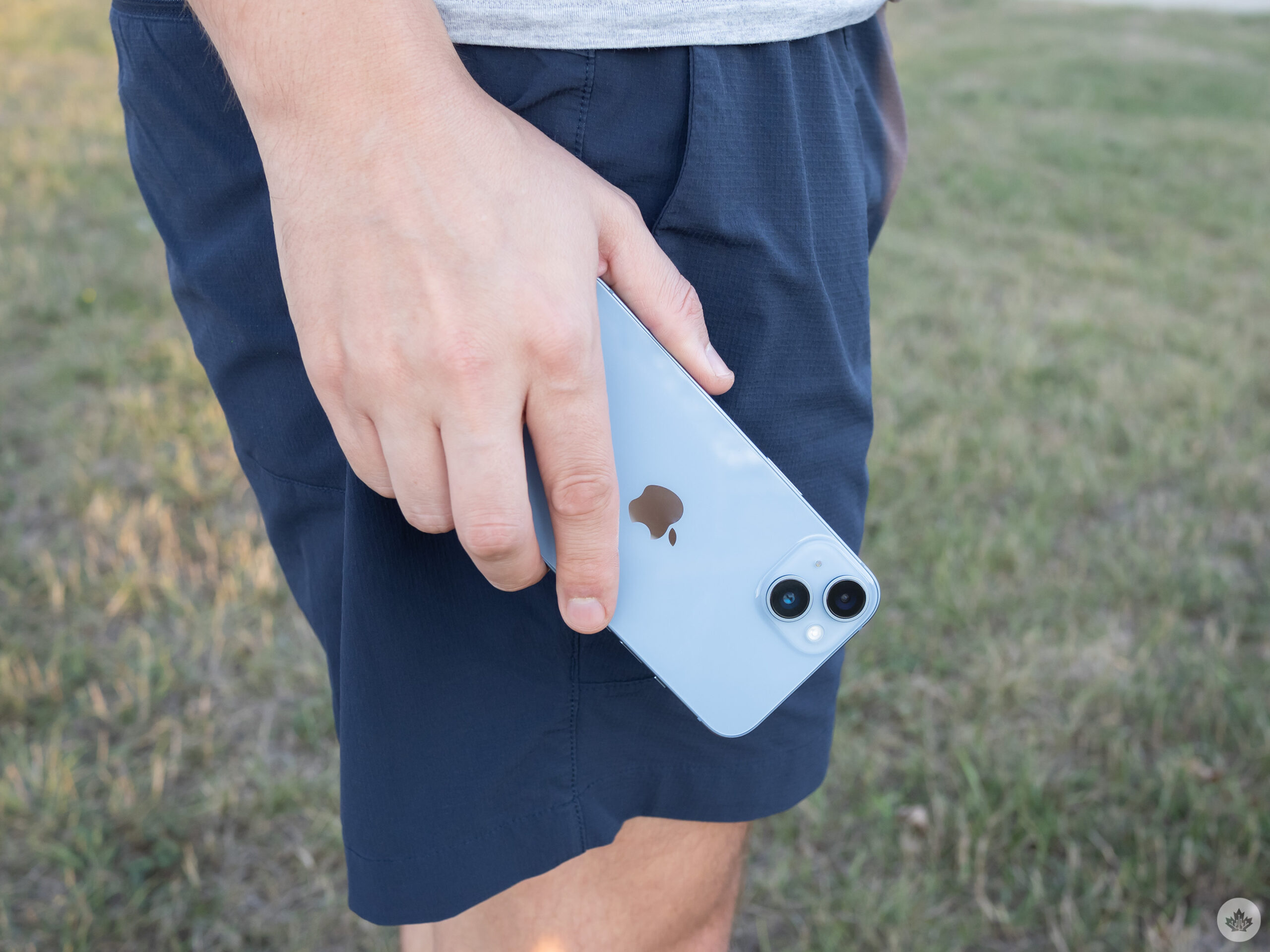 You've seen this before

There's nothing fundamentally wrong with the iPhone 14. It's a solid smartphone at a reasonable price that's capable of snapping excellent photos.

Unfortunately, this year Apple seems intent on putting a bit of space between the iPhone 14 and the iPhone 14 Pro feature-wise, dropping the A16 from the base-level device and opting not to bring the new Dynamic Island to the smartphone. The iPhone 14 is also strikingly similar to the iPhone 13, save for a few minor camera upgrades.

Still, even with its shortcomings, the iPhone 14 is a formidable device. That said, those already rocking an iPhone 13 will find little reason to upgrade this year, but if you're still using an iPhone 11 or earlier, now could be a great time to pull the trigger on a new smartphone.

"Even with its shortcomings, the iPhone 14 is a formidable smartphone"