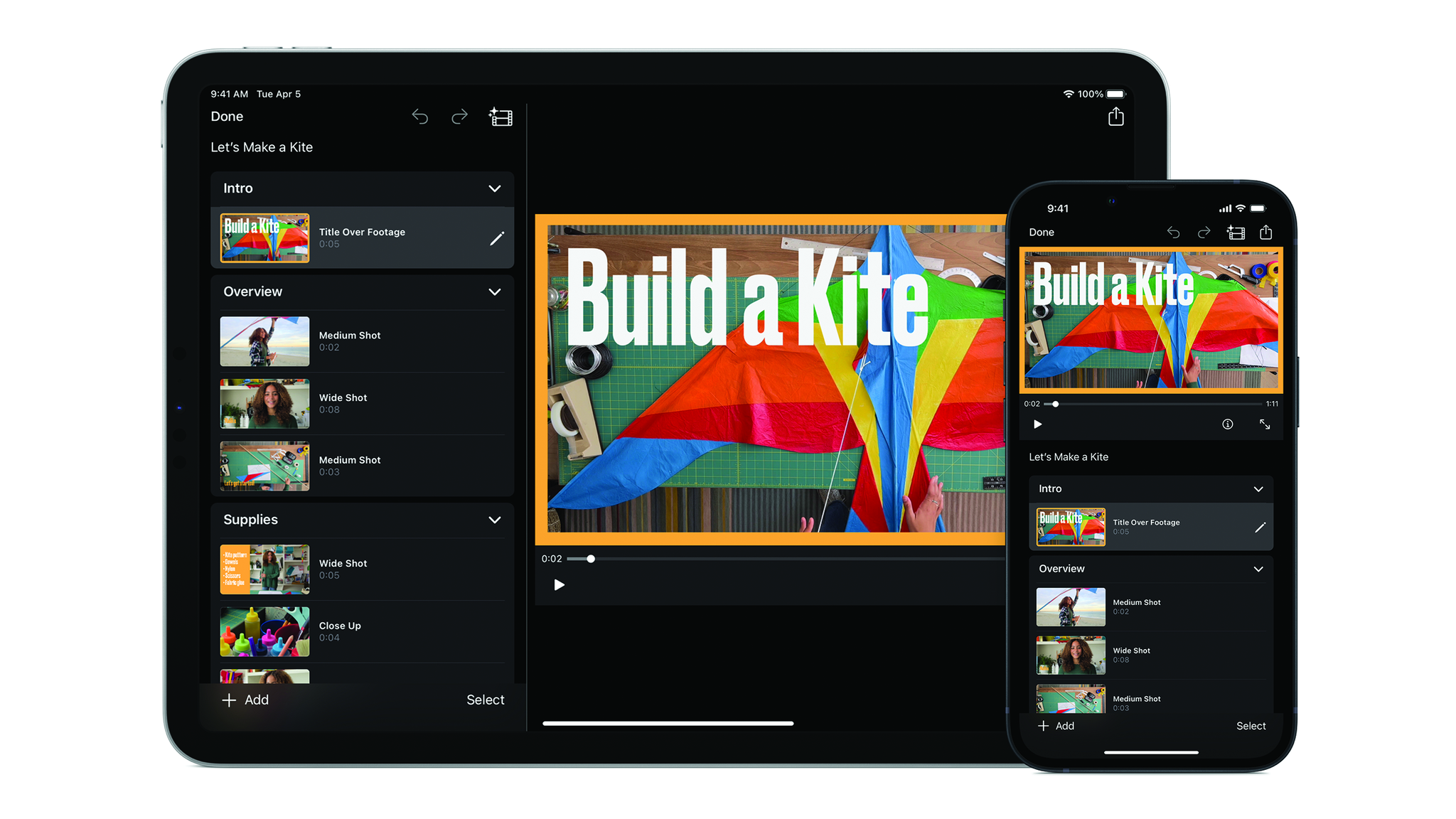 One of Apple’s creativity and productivity apps that is well developed and polished, and yet only finds itself being used by a relatively niche audience iMovie.

Apple is trying to make the pre-installed video editing app a tad bit simpler and more fun to use with the introduction of two new intuitive features it first talked about during its March 8th ‘Peek Performance event’ (at 20:08 in the video below).

iMovie, which first released in 1999 as a Mac OS 8 application, is getting a significant new update on iPadOS and iOS with the introduction of Magic Movie and Storyboards. iMovie 3 is what Apple is calling the ‘most significant’ update to the app yet.

Apple’s main aim with the update is to make iMovie less daunting for non-professional users, and to help aspiring video creators, students, and others experiment with video creation.

Of the two new features, Magic Movie is easier for new users to use. It allows iPhone and iPad users who shoot a lot of photos and videos to get a polished end product without having to put in much of their own editing or creative expertise.

To use Magic Movie, users simply load up iMovie, and navigate to the new feature. You then select several photos or videos from your iPhone/iPad gallery and iMovie will analyze the clips and edit them into a video for you with fitting transitions and music. 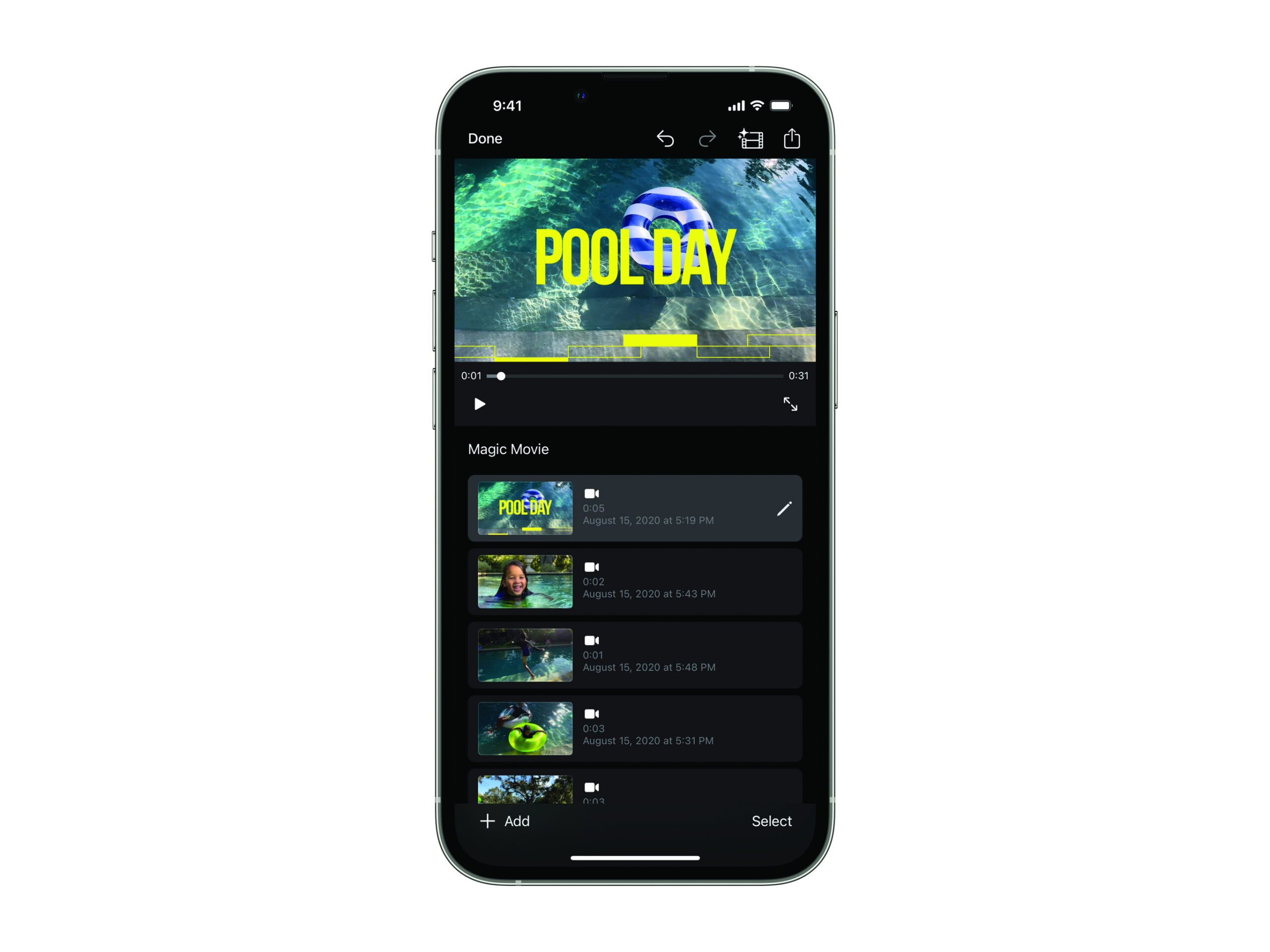 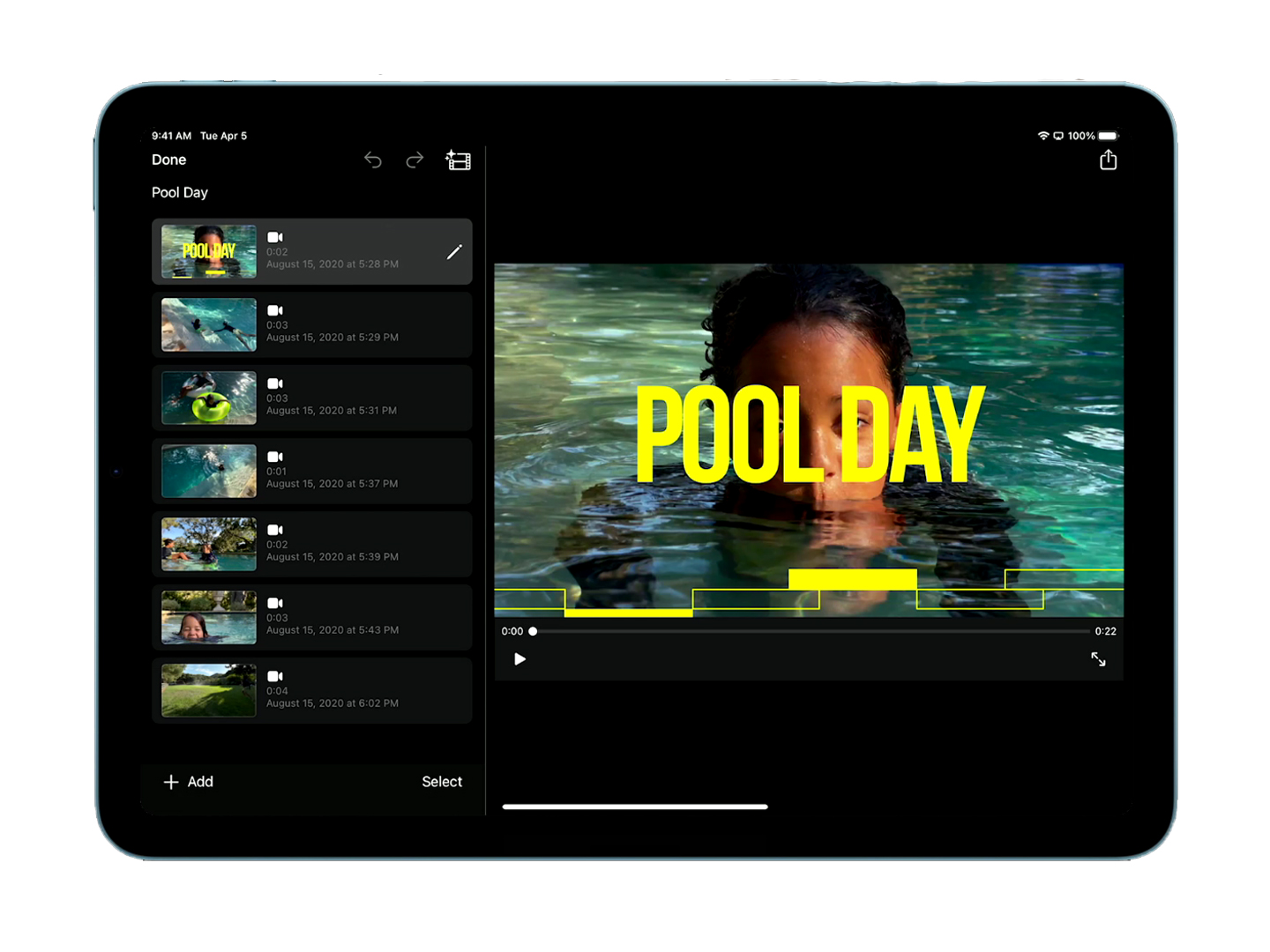 You can then select to customize the end product by rearranging, adding and removing clips, or by selecting a soundtrack that you think works better with the theme of your video.

The other feature landing on iMovie for iPadOS and iOS is Storyboards, which is more advanced than Magic Movie but is still targeted at those learning about or just starting out their video creation journey.

The feature is similar to DJI’s ShotGuides, and helps aspiring video creators learn how to frame shots, edit and improve their overall video storytelling skills.

To use Storyboards, head the iMovie app on iOS or iPadOS and navigate to the new feature. You then get to chose a storyboard template from 20 presets video types, including cooking tutorials, Q&As, product reviews, news reports, and more. Accordingly, the app will show you a recommended shot list along with tips on how to shoot that clip to make the overall video project more interesting.

Like Magic Movie, Storyboards also offer you full customization, where you can add, reordered, and deleted shots from a storyboard. The app will then automatically add a soundtrack that it thinks works with the video, which you can customize to fit the length of your project, with added tools to trim, split, adjust clip speed, and clip volume. 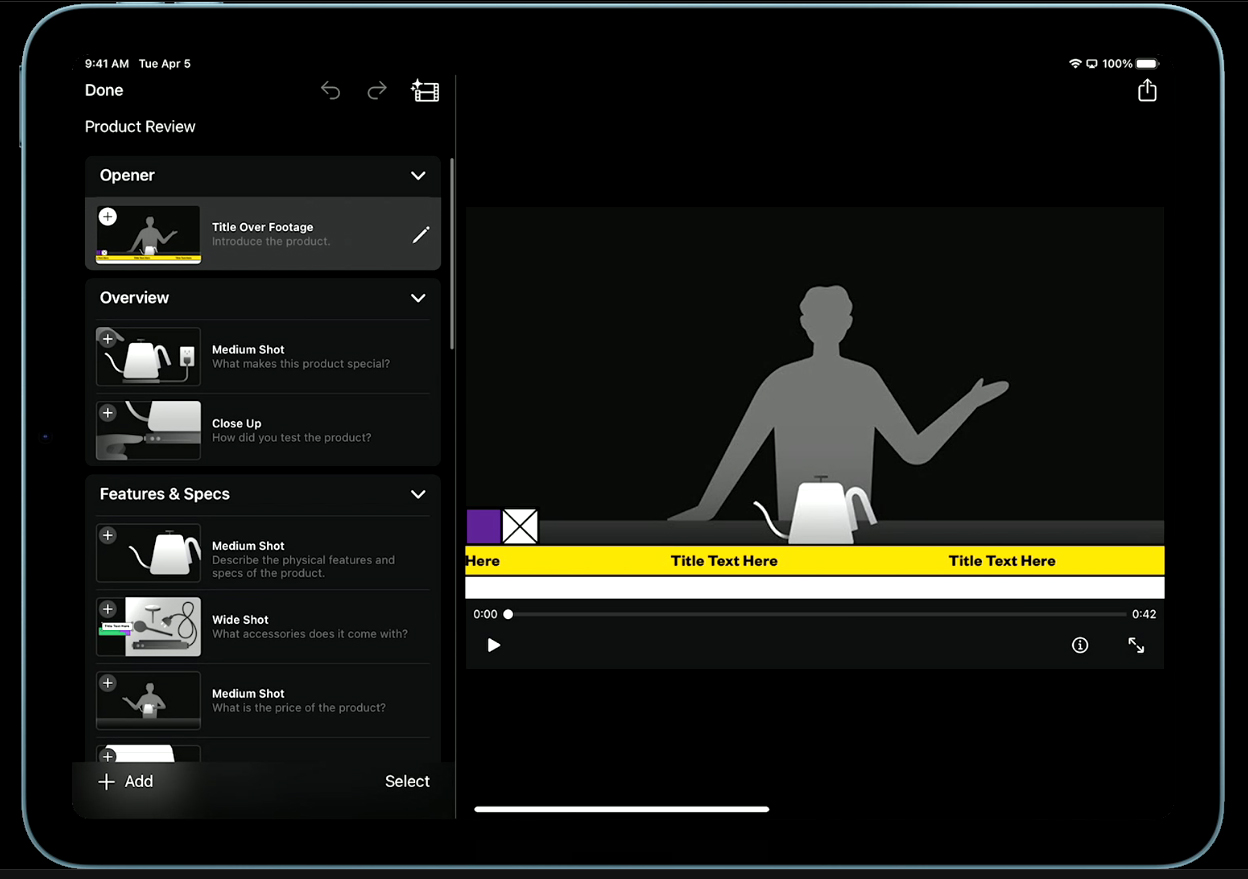 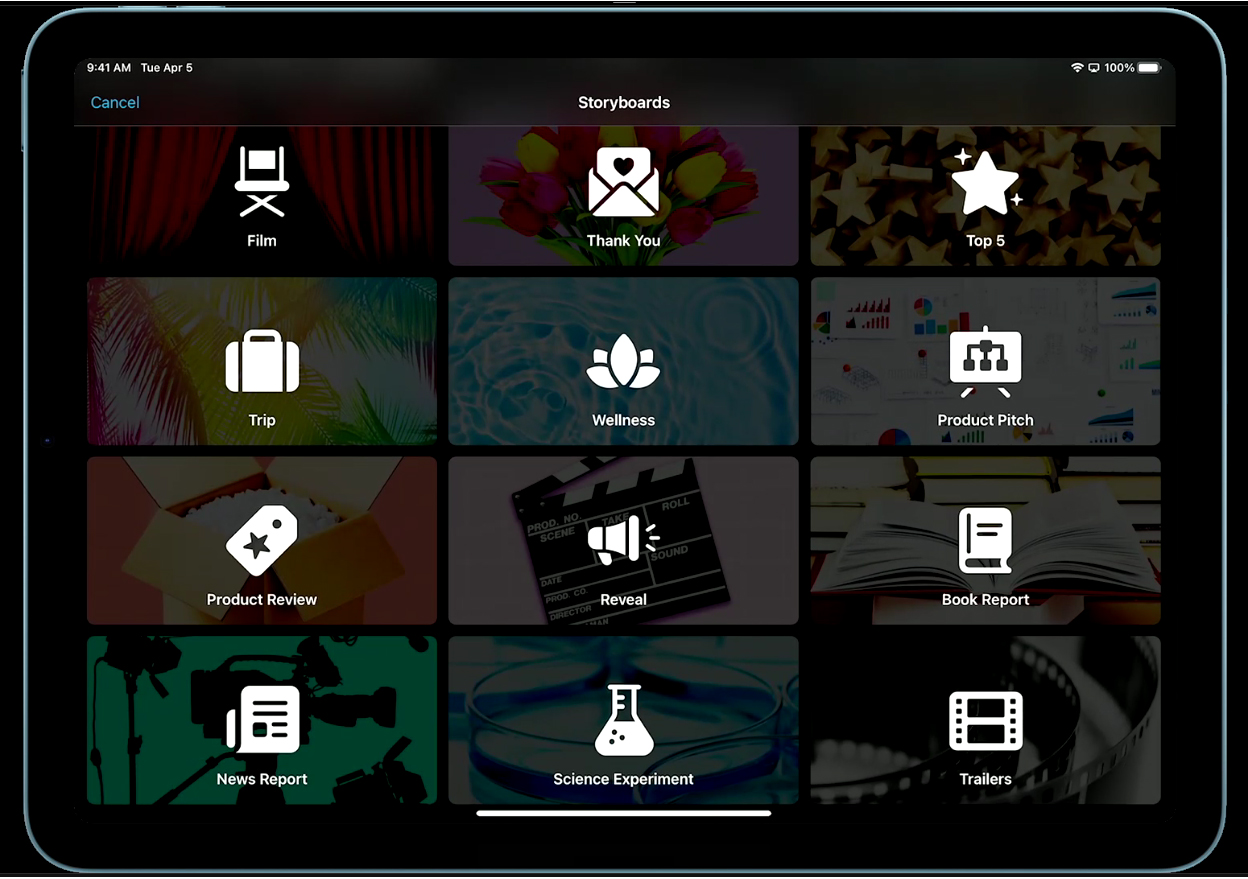 Both the new features are landing on iMovie today, April 12th for users running iPadOS 15.2 and above or iOS 15.2 and above. To access Storyboards and Magic Movie, make sure you update to the latest version of iMovie.