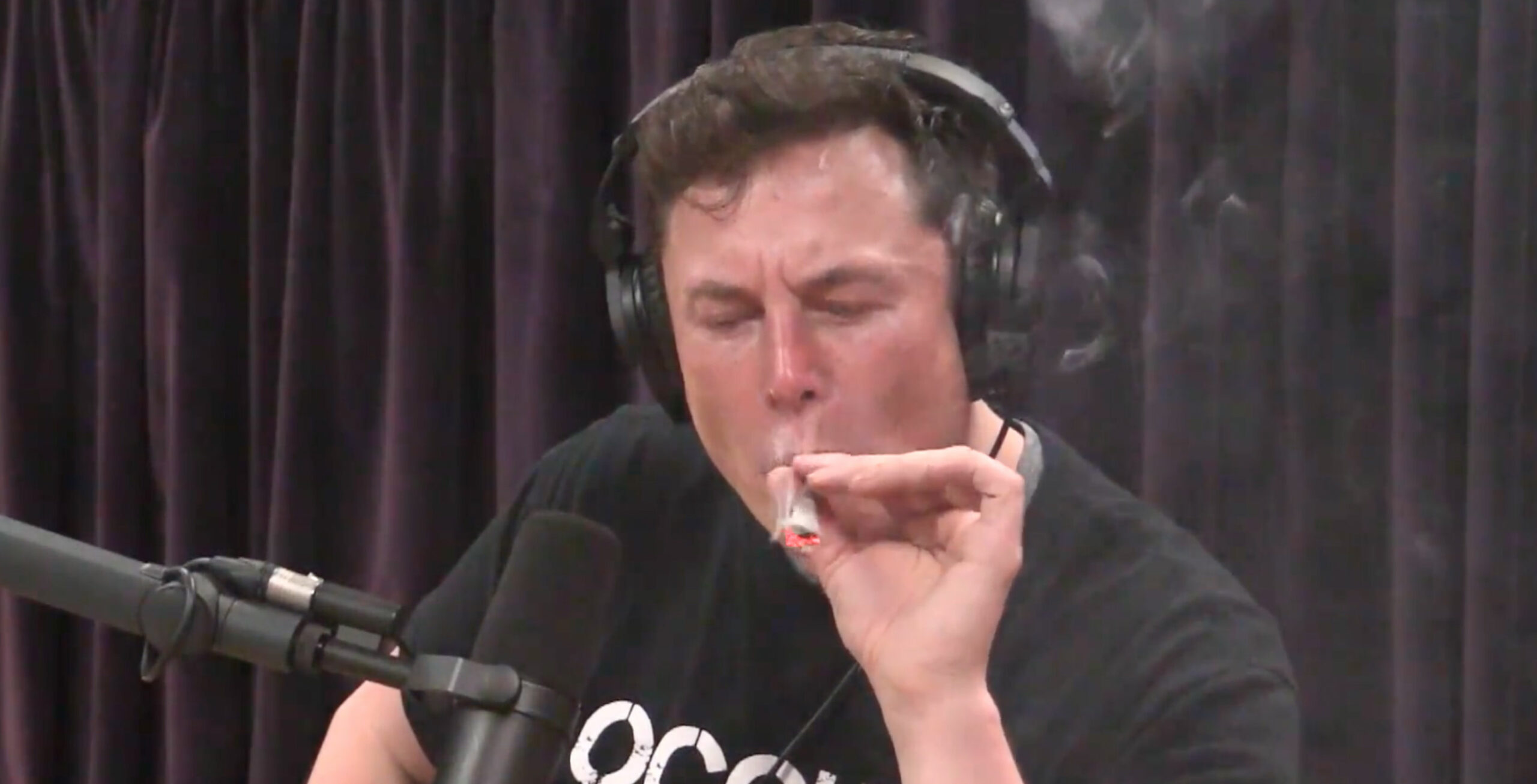 Elon Musk, one of the key minds behind Tesla, SpaceX and Starlink, is at it again.

In what can be described as something a 14-year-old boy that’s spent far too much time swearing at people in Call of Duty might do, Musk posted a meme comparing Canada’s democratically elected Prime Minister Justin Trudeau to Adolf Hitler.

Why might one of the world’s wealthiest men make such an offensive move, you might be wondering? Well, Musk is offering commentary on the ongoing anti-vaccine mandate/anti-vaccine occupation in Ottawa and the Canadian government’s efforts to curb its funding through cryptocurrency.

Musk’s post shows the Nazi dictator behind the genocide of 6 million Jewish people with the caption “stop comparing me to Justin Trudeau. I had a budget,” in reply to crypto-focused news outlet CoinDesk’s report that the Canadian government has frozen 34 crypto wallets tied to the occupation. Musk later deleted the tweet. 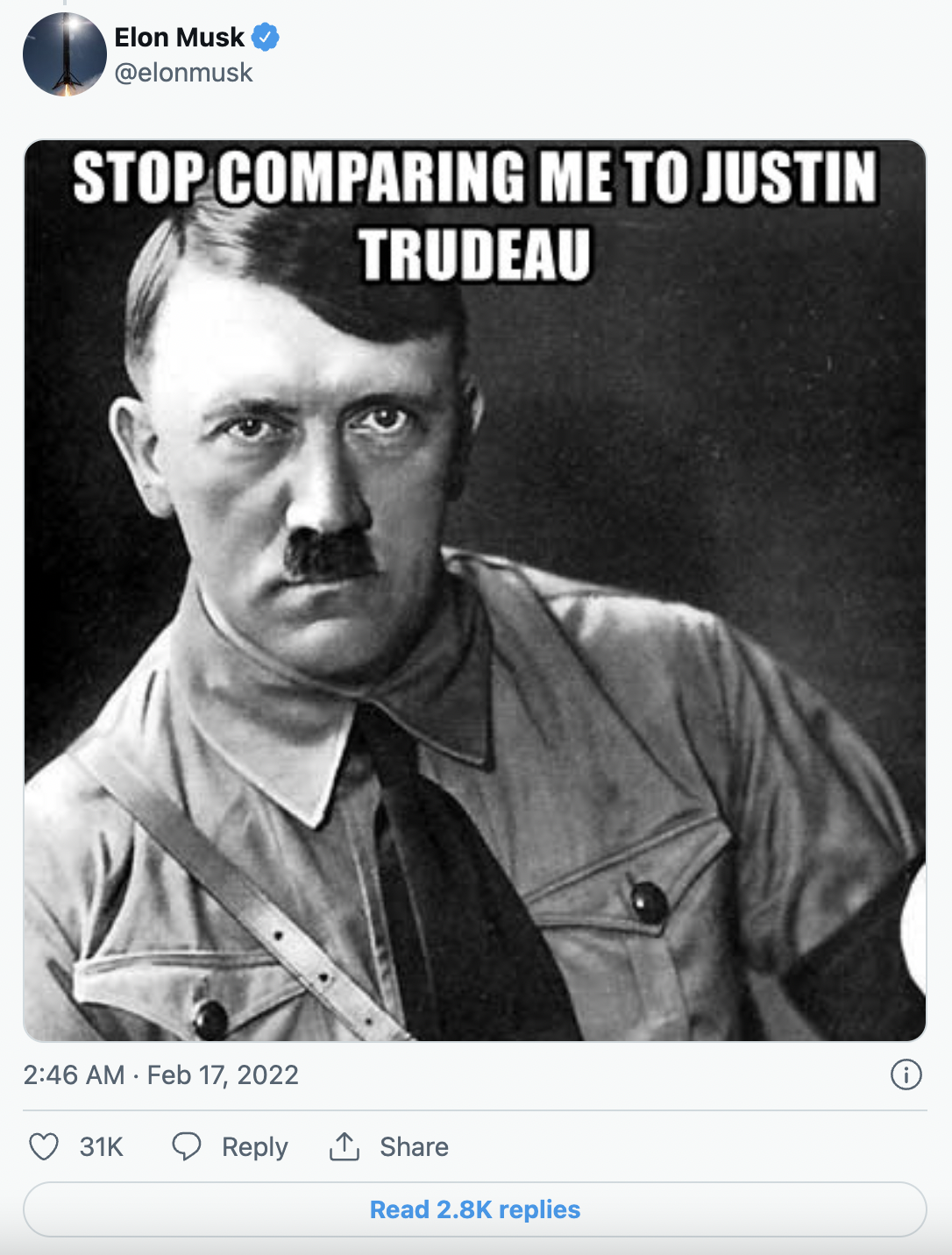 While undeniably offensive, the meme is also inaccurate given Trudeau’s government passed a budget last summer — though this happened after two years of not having one, according to The Daily Beast. Trudeau’s government recently controversially invoked Canada’s Emergencies Act in an effort to cut off funding from the occupation movement, giving financial institutions the ability to freeze the accounts of people involved in the blockades.

This isn’t the first time Musk has voiced his support for the occupation. Last week, the Tesla CEO tweeted “Canadian truckers rule” and has also suggested that the Canadian government is suppressing the demonstrations.

In an amusing turn of events, Musk tweeted a meme poking fun at people who mention Hitler when talking about politics back in late January. Musk moved from South Africa to Canada in 1988 to attend Queen’s University in Ontario before transferring to the University of Pennsylvania.

Via: The Daily Beast, Gizmodo