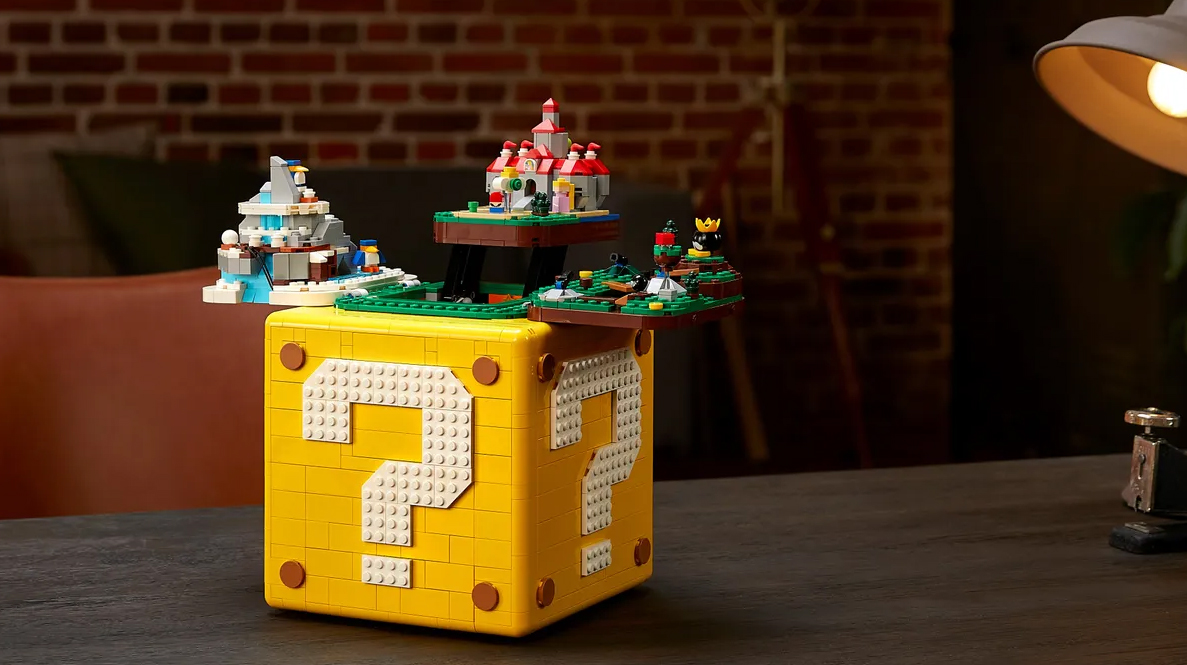 Lego has unveiled its next Nintendo-licensed product, and it’s a huge ‘Question Block’ from Super Mario titles.

In-game, hitting the Question Block awarded you with an item, such as a ‘Super Mushroom,’ ‘Fire Flower,’ ‘Coins,’ ‘Propeller Mushroom,’ and more, depending on the Super Mario title you’re playing.

There are also ten ‘micro figures of hard-to-forget characters that can be placed in the worlds, including Mario, Yoshi, Princess Peach, and King Bob-omb, as well as a Chain Chomp, Big Bully, Mr. I, Lakitu, penguin and baby penguin.

Further, you can use the Lego Mario and Lego Luigi figurines (from the 71360/71387 starter course) to interact with the block. Place them around the Question Block worlds “and collect 10 hidden Power Stars to reveal secret reactions and more.”