Twitter has started rolling out its new verification application process and will begin reviewing public applications.

The social media giant says the blue badge is one of the ways it helps distinguish the authenticity of accounts that are of “high public interest.”

To qualify for verification, users must fit into one of the following six categories:

Users must also have a complete account with a profile name, profile image, a confirmed email address or phone number. The account must also be active within the last six months and have adhered to Twitter Rules. 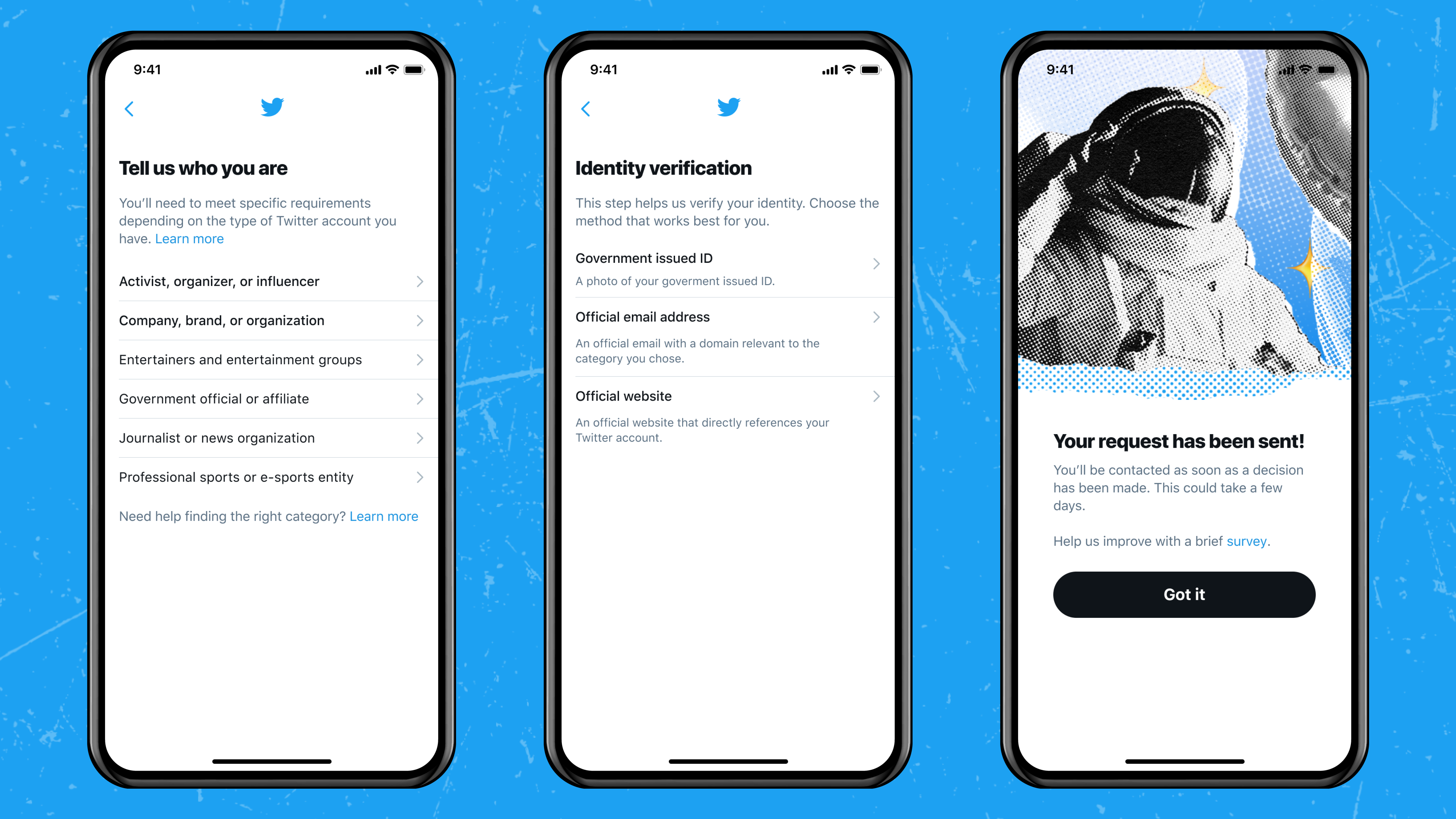 Twitter notes everyone will start to see the new verification application within their account settings over the next few weeks. Not everyone will see the option right away, as the social media giant is gradually rolling it out to everyone so it can review applications in a timely manner.

“Once you submit your application, you can expect an emailed response from us within a few days, but this could take up to a few weeks depending on how many open applications are in our queue,” Twitter states.

If your application has been approved, you’ll see the blue badge automatically on your profile. Twitter notes that if users think there has been a mistake, they can reapply 30 days later.

The social media giant says it’s aware that the current policy may not represent all of the people who should be eligible to be verified on Twitter, which is why it plans to add more categories later this year.

As part of the new policy, Twitter will automatically remove the verified badge from inactive or incomplete accounts.

Twitter says it’s working to roll out more ways that people can express themselves on the platform. For instance, it may add an ‘About’ page to users’ accounts. It also plans to launch memorialized accounts in the future.

TikTok is down for some, users turn to Twitter to complain