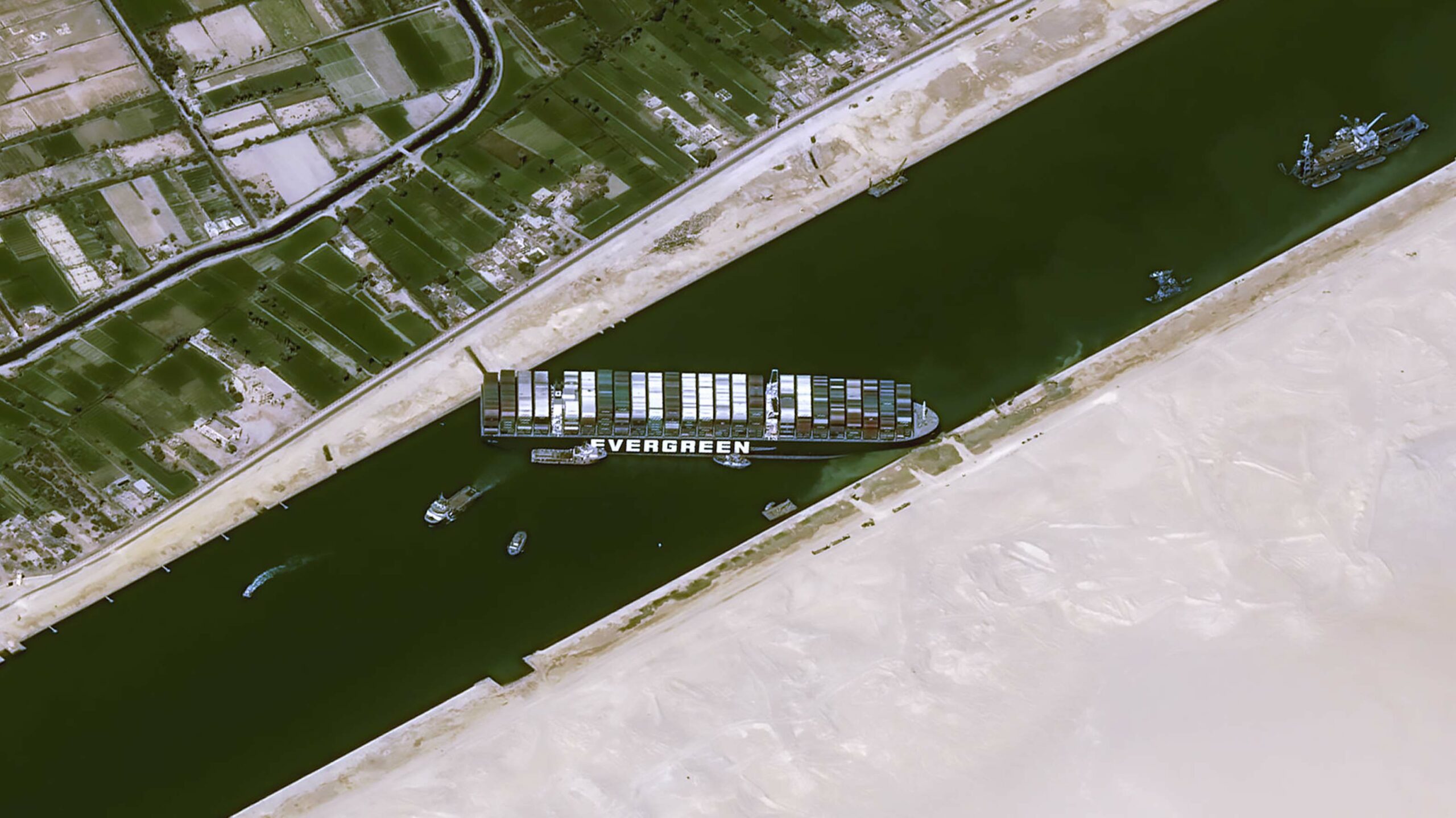 Update 03/26/2021: The boat — or ship, for you sticklers about maritime vessel terminology — is still stuck. How do I know? Because of this handy new website called ‘istheshipstillstuck.com.’

Along with informing you that the ship is, in fact, still stuck, it also includes an embedded map of said stuck ship, how long it’s been stuck (three days, seven hours and 45 minutes at the time of this update) and how much the stuck ship has cost ($32 billion USD, or about $40 billion CAD “so far”).

So, the big boat is stuck. What boat you ask? Only the massive ‘Ever Given,’ a cargo ship that ran aground in the Suez Canal.

The big stuck boat is bad news, and has also drawn the attention of the internet. Memes abound, and if you want to keep an eye on the boat’s progress as the Suez Canal Authority works to get things moving again, well you’ve come to the right place.

Unfortunately, there’s no livestream to watch — hard to believe in this connected era — but there are plenty of other tools to track the boat’s (lack) of progress. The Verge suggests using ‘MyShipTracking‘ or ‘VesselFinder.’ Both services let you track the position of ships on a top-down interactive map, similar to tools like FlightRadar24.

MyShipTracking offers near real-time updates, which lets you watch all the tug boats bustling around the boat trying to free it. It also lets you view all the ships waiting to travel through the Suez Canal. The less patient ones sometimes bail to sail around Africa instead (which takes a whole lot longer). Considering unblocking the canal could take days or even weeks, it’s no surprise some are willing to go the long way.

Another benefit of MyShipTracking is it makes it easy to view the Ever Given’s route leading up to the incident in the canal. Thanks to the brave reporting done by Vice, we know that the big boat drew a big penis before heading into the canal, perhaps as an added “screw you” before locking down an incredibly busy shipping route that can see as many as 40 passages per day. Yes, the big boat member can be seen through MyShipTracking, and yes it is worth looking at.

Those interested in the Ever Given’s artistry should check out VesselFinder’s reanimation of the drawing on YouTube. The tracking company also uploaded a video recreation of the ship’s passage through the canal.

The Suez Canal Authority has also uploaded some videos of the big boat, and some satellite companies like Capella Space and Airbus Space uploaded satellite imagery of the Ever Given.

The Suez Canal Authority hasn’t gotten the ship unstuck yet but they did make this great sizzle reel of them not getting the ship unstuck set to what sounds like a royalty-free version of the Tenet soundtrack https://t.co/WEf27ekums pic.twitter.com/ZRTeO3m7yU

As funny as it is that the big boat drew a penis and got stuck, it’s important to note that the disruption to shipping could have very real consequences. Thanks to the ongoing pandemic and surging orders, the shipping industry is already strained — a massive and long-lasting blockage certainly won’t help.

But hey, at least there’s some good content coming out of it.