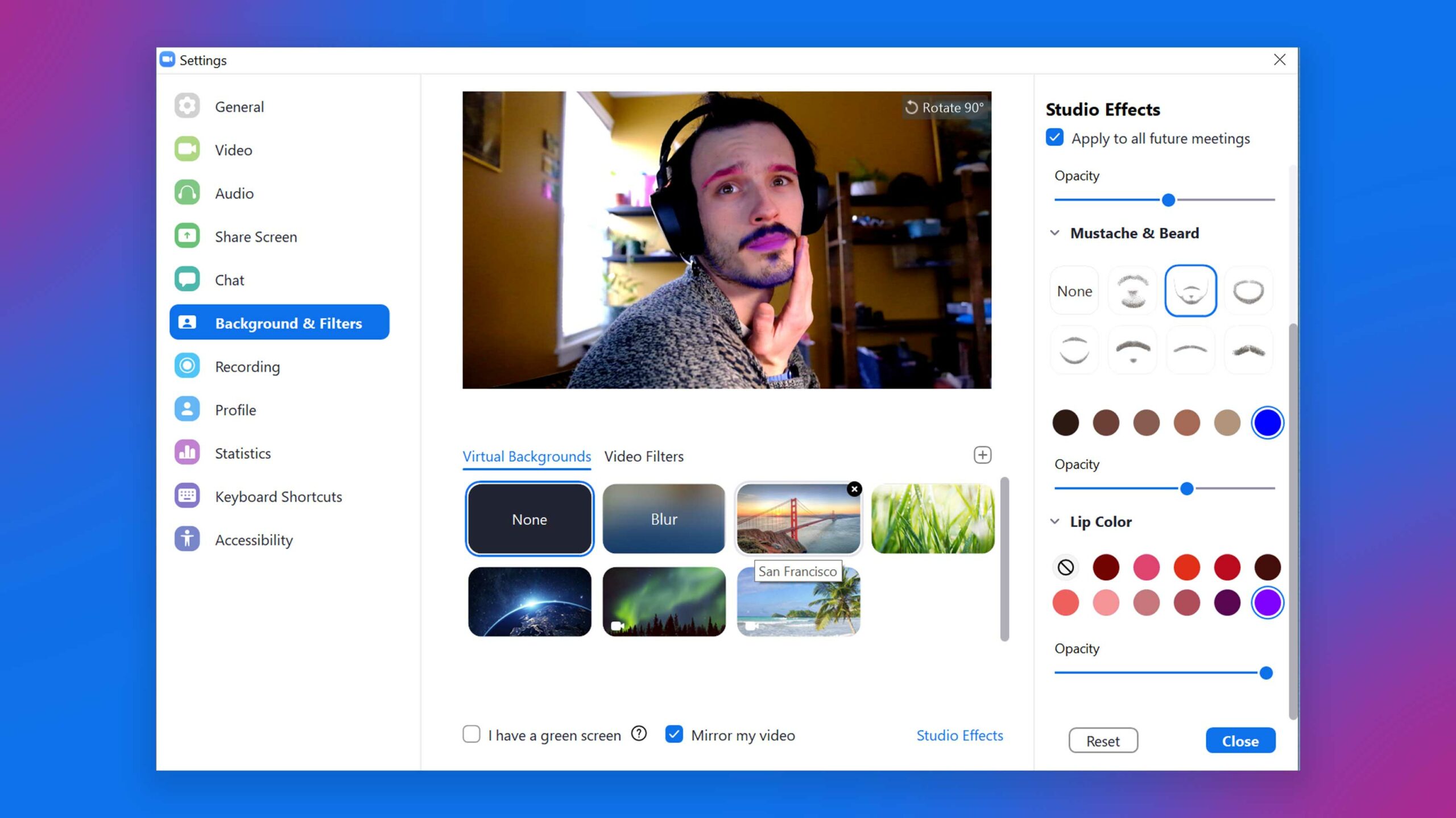 Zoom, one of the most popular video chat apps, is borrowing a key feature from social media platforms like Snapchat and Instagram: augmented reality (AR) effects.

Towards the start of the pandemic, the video conferencing platform became a simple way for teams to communicate effectively when working from home. The service quickly became so popular that it’s even expanded to the consumer market.

After adding the ability to create backgrounds, Zoom is now bringing AR effects like fake mustaches, eyebrows and lip colours to the service. The effects look moderately convincing, and you can colour them to match your actual hair.

That said, compared to Google, Snapchat and Facebook, these AR effects are an incredibly weak offering. However, Zoom’s new ‘Studio Effects’ are still in beta, so more fun options could be coming soon.

Zoom actually announced the feature back in September of 2020, but the functionality is only starting rollout more widely now.

To use the ‘Studio effects,’ open Zoom’s ‘Settings’ and select ‘Background and filters.’ From there, users should see an option at the bottom right corner that says ‘Studio Effects.’ The first time you do this, you’ll need to download the effects pack, but it doesn’t take that long.

You can now start applying mustaches and eyebrows at will, making all of your work-related meetings that much more professional.

You can now play games on Zoom mid-meeting