The feature launched on the Pixel 4a 5G and 5, but rolled out to other Pixels with the December update 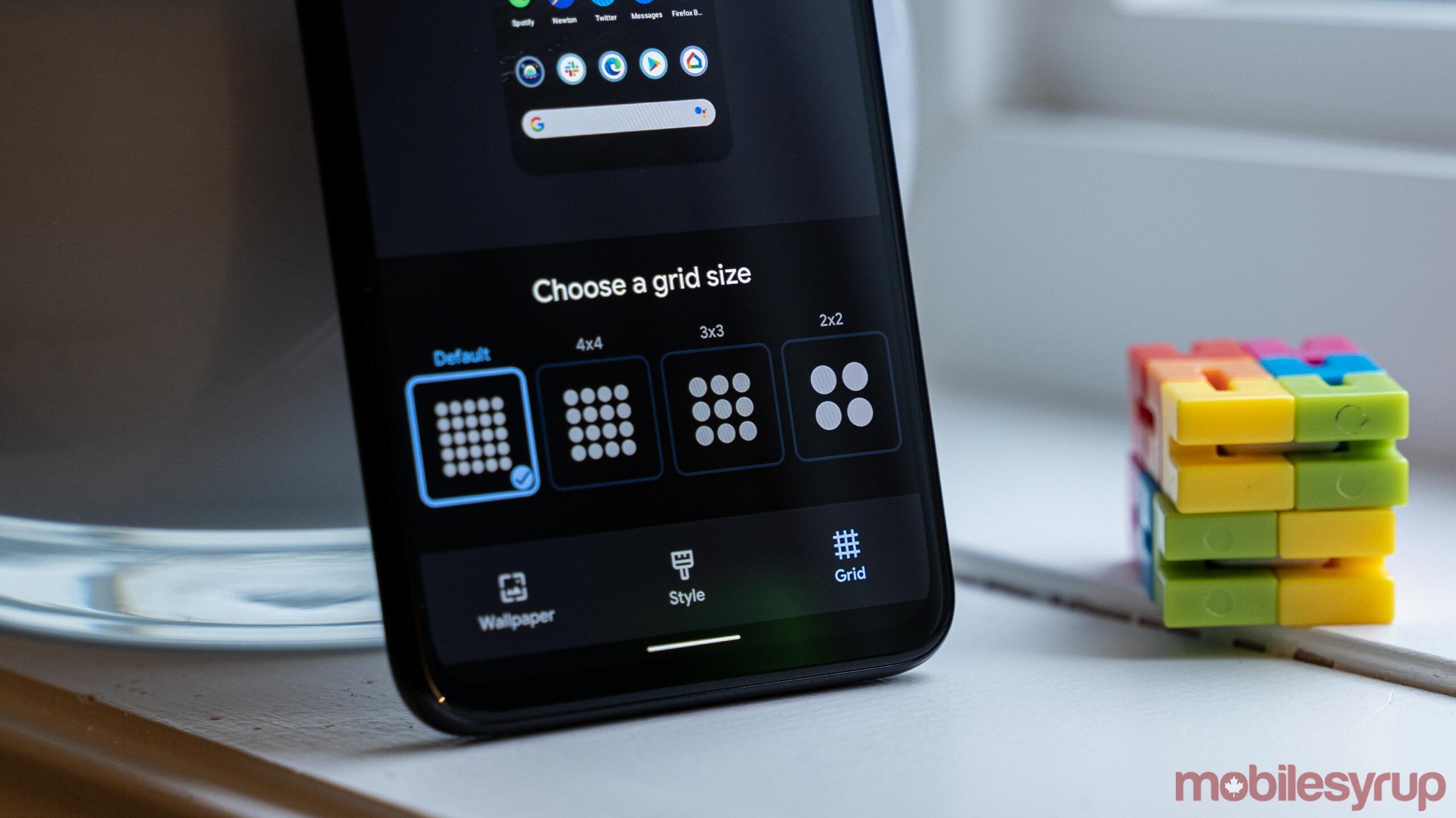 A relatively minor feature that came as part of the December Pixel Feature Drop still hasn’t turned up for many users.

After debuting on the Pixel 4a 5G and Pixel 5, Google began rolling out a feature that lets users customize the density of icons on their home screen in the Pixel Launcher. However, Android Police spotted reports across both Google’s Product Forums and Reddit about the feature missing from users’ Pixel devices.

While it may not seem like a huge deal, being able to resize the icon grid could help with accessibility by making icons significant bigger (and thus easier to see or touch for people who have visual or fine motor control impairments).

The reports indicate that seemingly any Pixel that received the feature via the December 2020 Feature Drop — every Pixel from the Pixel 3 to the Pixel 4a 5G — could be missing the feature. While our testing at MobileSyrup revealed no missing Grid feature, Android Police noted inconsistencies with a Pixel 3 having the feature and a Pixel 4a, Pixel 3a, Pixel 3 XL and Pixel 4 not having it.

To check on your Pixel, simply press-and-hold on an empty spot on the home screen, tap ‘Styles & wallpapers,’ then look in the bottom right corner. If there’s no ‘Grid’ button next to the ‘Style’ button, your device is among the affected.

The January security patch doesn’t appear to have helped remedy the issue. Likewise, Play Store updates and app updates don’t seem to have any impact on whether the Grid feature is available on a given device. It’s possible Google is in the process of trickling the feature out, but even for Google, two months is a long time to roll-out a feature.

So far, the only noted fix that consistently fixes the missing feature is a factory reset. Wiping your whole device just to resize the grid is a pretty extreme option, however.