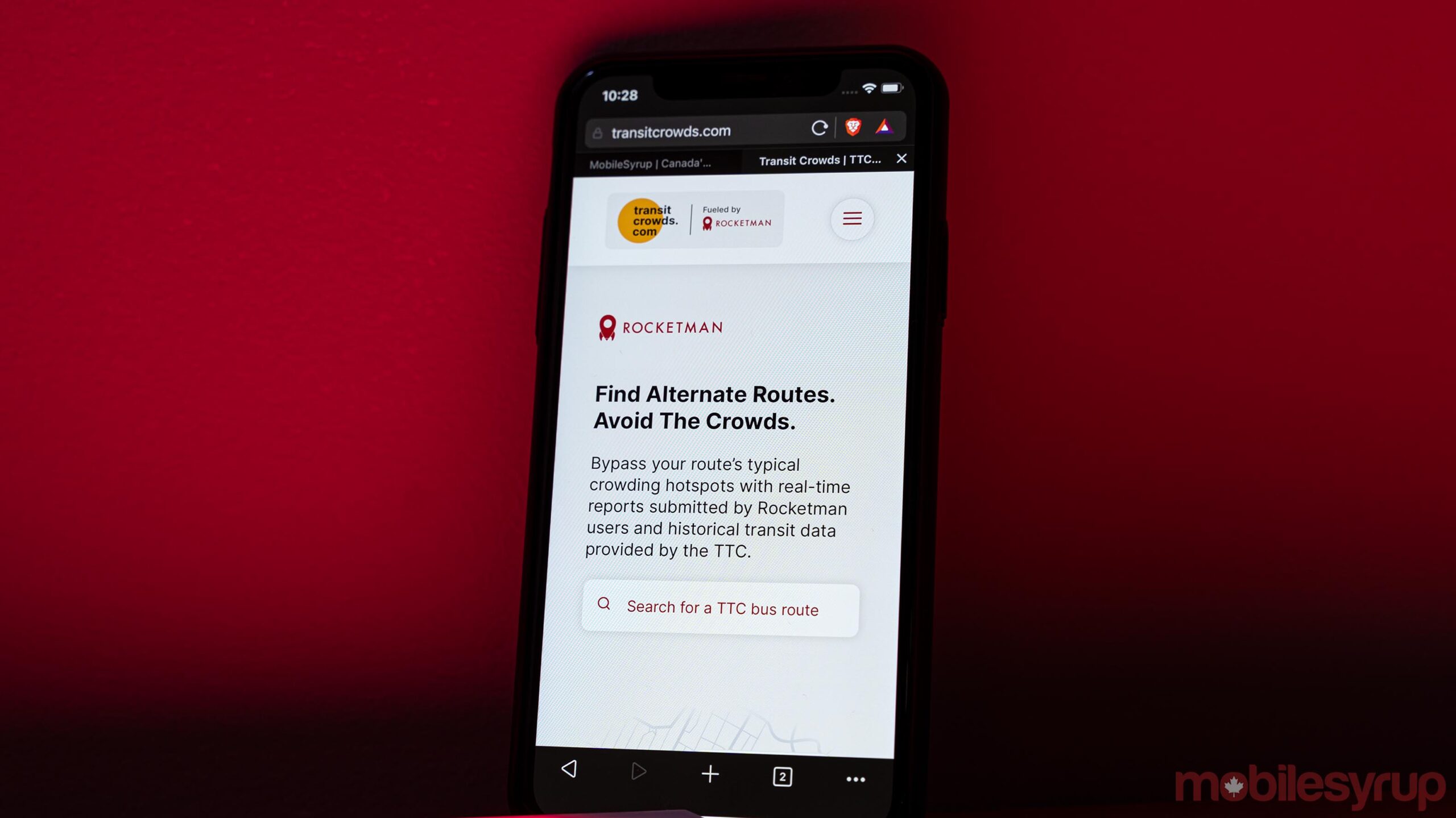 As the second wave of COVID-19 sweeps through Toronto, TTC riders have taken to social media complain about the lack of social distancing on the transit organization’s vehicles. Instead of working to rectify the problem by increasing the number of vehicles to help spread out crowds, the agency simply tweeted that social distancing was “no longer possible.”

Understandably, the TTC’s response sparked considerable ire from passengers. Many TTC riders find themselves choosing between risking their safety by getting onto overcrowded vehicles or waiting for less crowded vehicles to come along. It’s not just riders, as the TTC workers union, ATU 113 Toronto, has called on the agency to limit the number of passengers on buses and bring back laid-off workers.

Although the TTC’s response to the second wave is unacceptable and the agency needs to do more to protect the safety and health of passengers, one app is offering at least a partial solution. RBC Ventures’ Rocketman transit app chimed in on the TTC Twitter feud to let riders know about its ‘transitcrowds.com‘ website.

Rocketman’s Twitter account said the team has been working hard on the tool, which can predict how crowded routes will be ahead of time. According to the website’s ‘About‘ section, Rocketman uses two types of data to make these predictions. First, it uses historical Automatic Passenger Counter (APC) data provided by transit agencies to provide graphs that show when different routes are typically most busy. That information can be viewed in graphs displayed on the site. Rocketman also sources live reports from user-generated information that originates in the Rocketman App.

The website uses this data to categorize different routes as ‘Low,’ ‘High’ or ‘Some’ Risk. Routes with a Low Risk of Crowds will have between 0 and 12.5 percent of average capacity, some risk between 12.5 and 30 percent and High Risk will be 30 percent and up.

Transitcrowds.com could be a helpful tool for TTC passengers that lets them better avoid crowded vehicles, either by riding at alternate, less busy times or by finding less busy routes.

Rocketman’s web tool isn’t the best solution — the TTC needs to take action if things are to improve — but transitcrowds.com could help some people avoid the worst of crowding on the TTC.