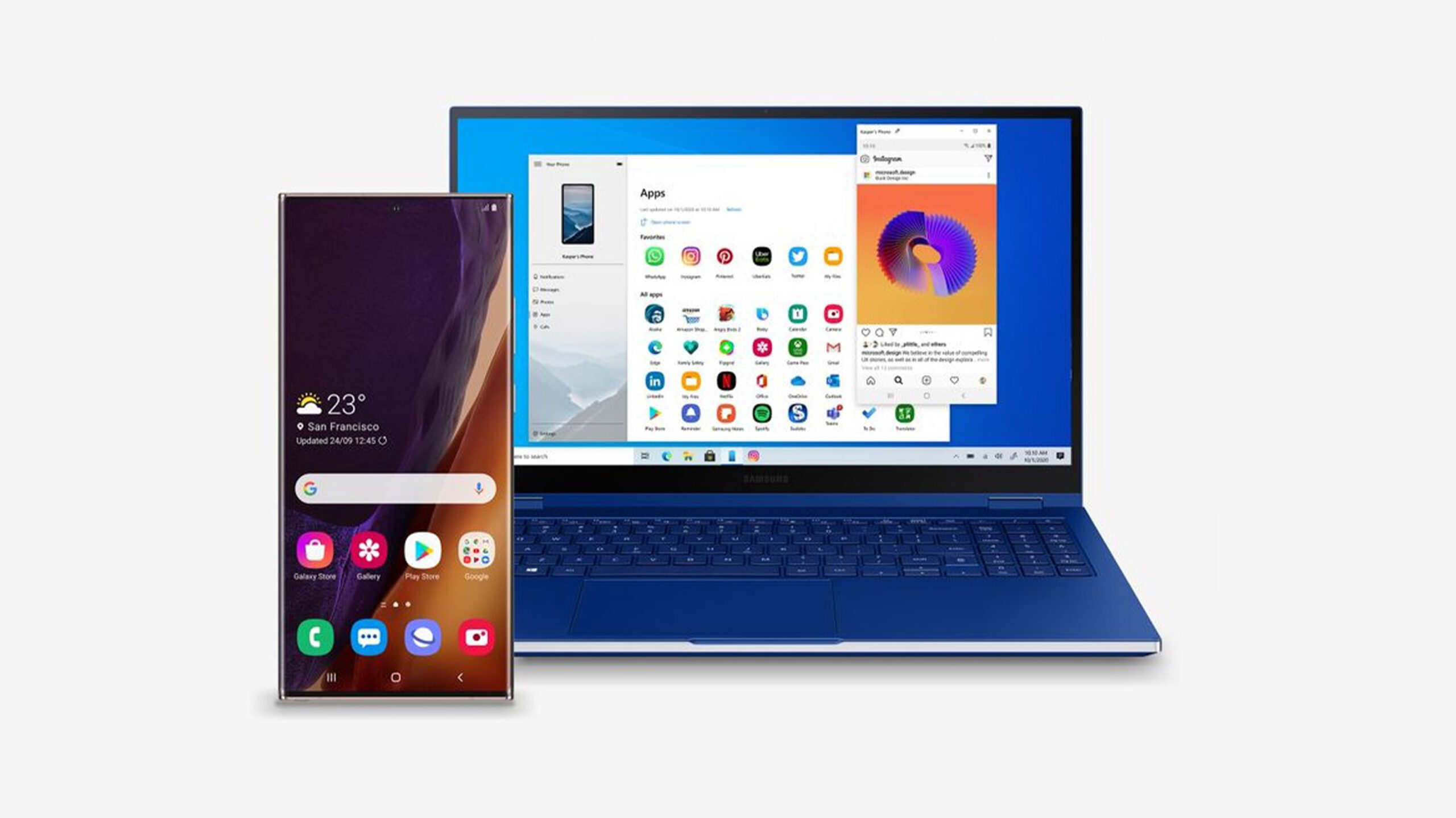 During the Samsung Unpacked event in August where the company showed off its new Note 20 smartphone line, Samsung also demoed new functionality coming to Microsoft’s ‘Your Phone’ platform. Now, those features will roll out to the public, giving more people access.

The Your Phone functionality demoed on stage, part of ‘Link to Windows,’ included the ability to launch Android apps on your Samsung smartphone and use them with a Windows PC. From the Windows 10 Your Phone app, users could view the list of apps on their phone. Clicking the app launched a window with the app, presumably running on the Samsung device and streaming wirelessly to your PC.

Overall, it was a pretty neat feature that would let users access common mobile apps that may not be available on PC — or not offer as good an experience. For example, Instagram’s website doesn’t measure up to the mobile app in a few ways. As such, launching Instagram on your Samsung phone with Link to Windows could be a better experience.

Until now, Link to Windows was an ‘Insider’ exclusive. In other words, only Windows Insiders, people on early builds of Windows 10, had access to the feature. In a blog post, Microsoft announced the Link to Windows capability was rolling out to the public.

Further, the post details some requirements for the software, namely a PC running the Windows 10 October 2018 update or later and a Samsung phone with Your Phone app version 1.20071.88 and Link to Windows 2.0. You can check this by swiping down from the top of the screen on your Samsung phone, swiping down again to open the quick panel, tapping and holding on ‘Link to Windows,’ then tapping the three-dot menu button in the top right corner and selecting ‘About Link to Windows.’ This shows the current Your Phone version and Link to Windows version. Finally, your phone and PC must be on the same Wi-Fi network.

There’s also a link to the full list of supported phones, which for now is just a variety of Samsung devices.

Microsoft notes that the rollout will be gradual and will happen server-side, which means it could take a few days to appear on your phone.