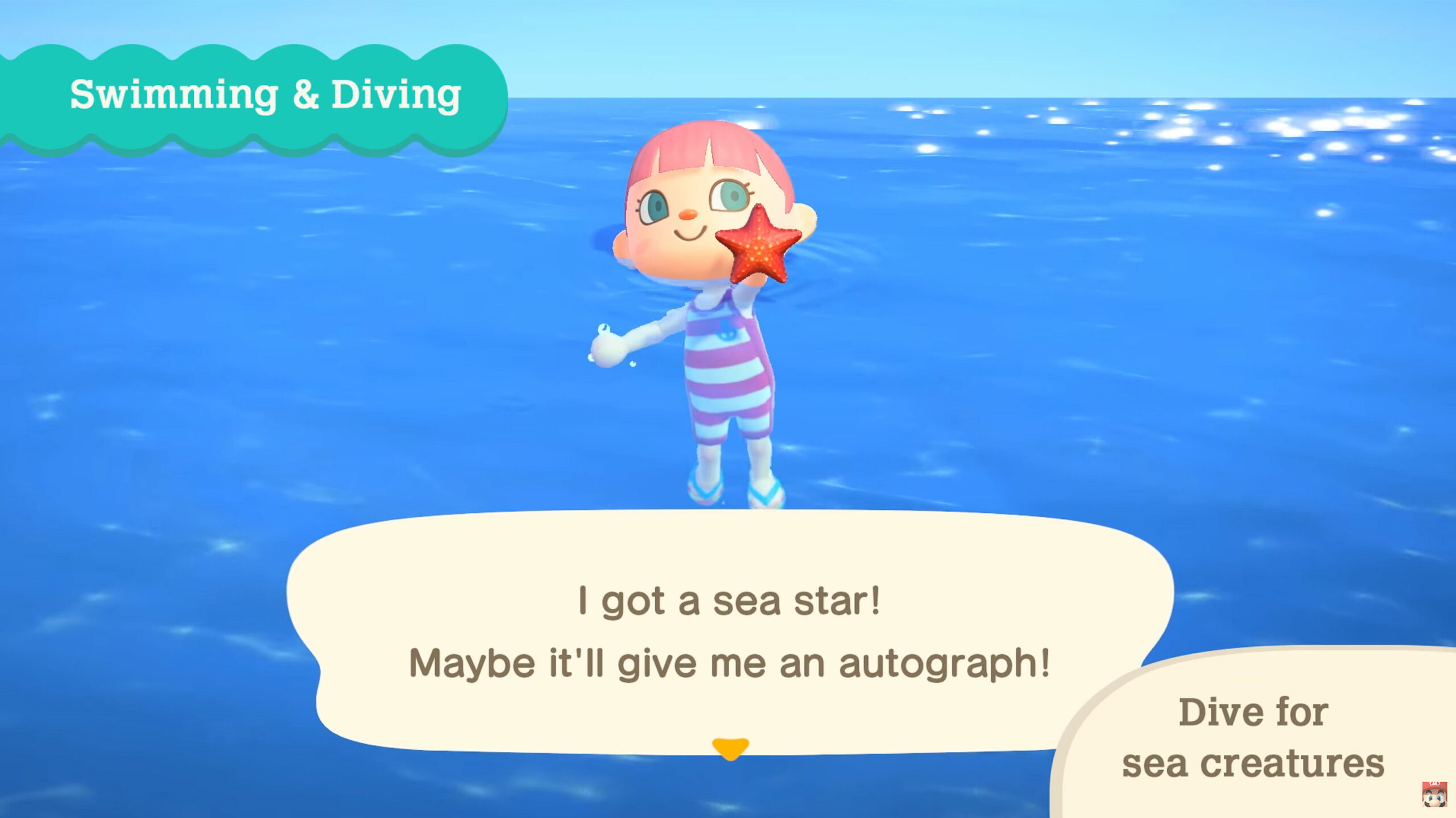 We’ve all been waiting for it, and now it’s finally here.

Swimming is coming to the shores of your Animal Crossing: New Horizons island on July 3rd.

Beyond swimming, there’s also a new encounter with the seagull Gulliver where he’s wearing a red outfit that looks more privateer-ish than his regular blue sailor clothes.

The Sea Otter Pascal is returning to the series in this update, and it appears you can trade him items you collect while swimming in return for rare DIY furniture recipes. The trailer only shows off a set of ‘Mermaid furniture,’ so it’s unclear if there are multiple new sets included in this update.

Swimming first made an appearance in Animal Crossing: New Leaf for the 3DS. The goal is to collect items like sea urchins, oysters and other sea creatures that you can’t typically catch with a finishing rod.

Some players were disappointed swimming was missing when New Horizon’s launched, but I think adding new features like this help extend the game’s lifespan and draw players back into the experience.

This time around, the swimming controls and camera-angle seem improved over New Leaf, which should make the overall experience a lot better. It also appears that you can hop into the water from anywhere on the island, but if it’s like the previous game, you’ll need to be wearing a wetsuit.

This is also only the new features coming in July. In early August, Nintendo is releasing another update, but the company hasn’t stated what it includes yet. It looks like Nintendo is going to continue offering free content updates for the game for the foreseeable future, which is a nice change of pace from the paid DLC model most video games feature.

This first summer update is free and is available on July 3rd, 2020.