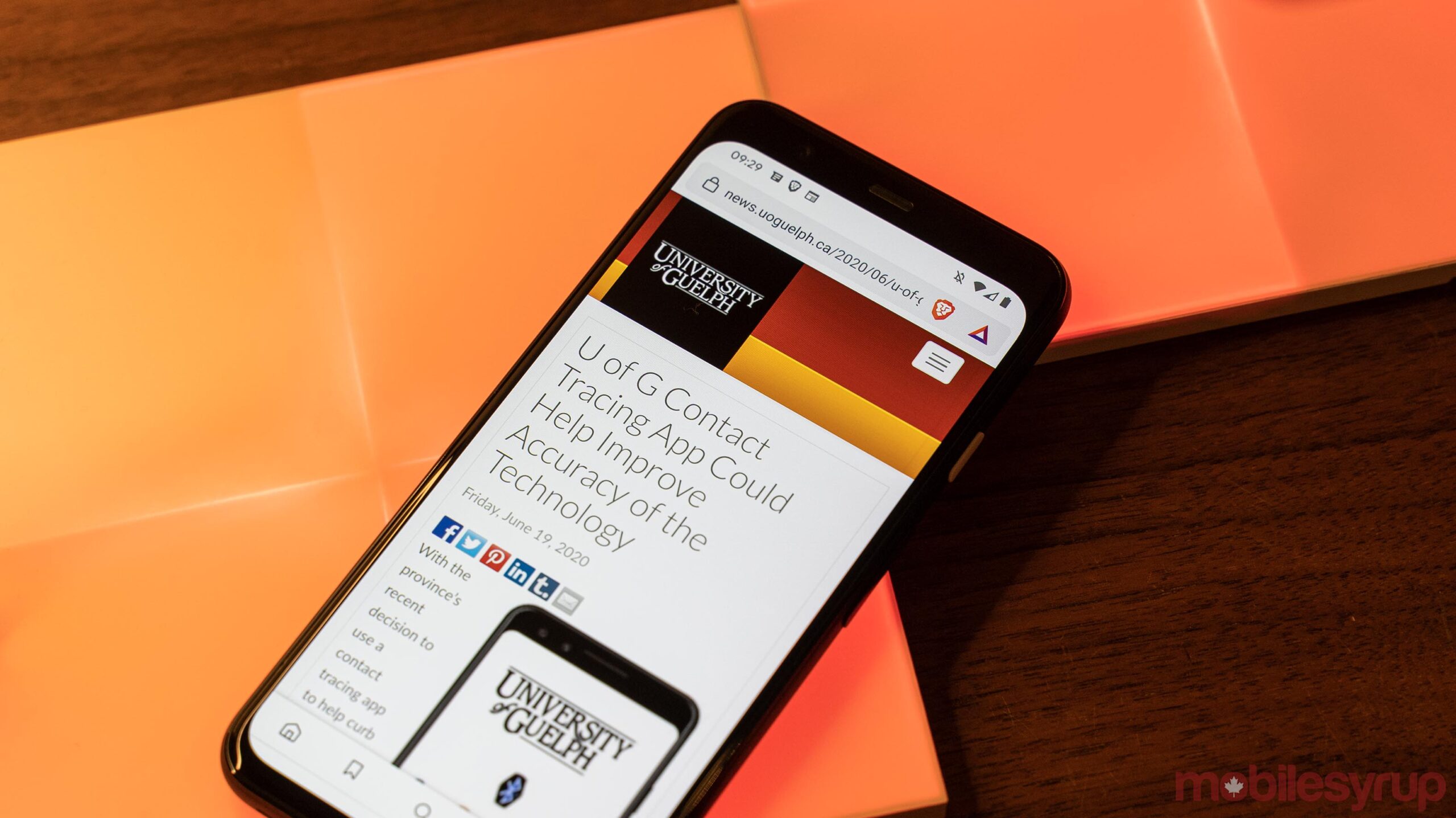 A new project led by the University of Guelph (UofG) hopes to fine-tune and improve the accuracy of smartphone contact tracing apps.

In an email press release sent to MobileSyrup, UofG engineers said their newly developed contact tracing app is more secure and accurate than other available systems. Called the Smart Contact Tracing app, UofG developed it using wireless communication and machine learning. Not only does it alert people if they’ve been in contact with someone who has been infected with COVID-19, it also warns users if they get too close to another person.

“The application we developed could be very useful as an upgrade to any contact tracing application available, including the one recently approved for use by the provincial government,” said Professor Petros Spachos. Spachos worked on the project alongside lead author Pai Chet Ng, a student visiting UofG from the Hong Kong University of Science and Technology, UofG engineering professor Stefano Gregori and University of Toronto professor Konstantinos Plataniotis.

Contact tracing has become a popular topic in the news as Apple and Google have partnered to develop a cross-platform system for tracing the spread of COVID-19 using smartphones. Called the Exposure Notification System, Apple and Google’s system is an API that public health authorities can use to build apps for contact tracing.

How Apple and Google’s system works

Some of the important benefits of Apple and Google’s system is that it is interoperable, not just between iPhone and Android phones, but also between apps. Any apps that rely on the same underlying Exposure Notification API should be able to communicate data with each other. While it appears Canada will offer one national contact tracing app powered by the Apple/Google system, in other areas where apps are handled at a state or province level, that interoperability is important.

At a basic level, Apple and Google’s system works by trading anonymous, secure keys between phones over Bluetooth. Coupled with some other data, such as transmission strength and time spent nearby, public health authorities can use the data to narrow down results and look at actual potential transmissions versus people who were too far apart or passed by too quickly. The system keeps a record of the last two weeks of contacts.

If someone receives a positive COVID-19 test, they can upload the contact list stored on their phone. That list of keys can then be checked by every other phone, which compares the keys to its list for matches. If there are matching keys, it likely means that the user was in contact with someone while they were infected. The public health authority can then recommend next steps through their app, whether that’s a temporary quarantine or going to get tested themselves.

As for UofG’s platform, it seems to work similarly to the Apple/Google system. Using wireless technology like Bluetooth, it alerts users if they were near someone who was infected or if they got too close to another person. However, some key differences set it apart.

For example, machine learning was key in making the app more accurate than other contact tracing systems, according to Spachos. In part, this is because it helped UofG solve a problem with existing contact tracing solutions. According to UofG, people who keep a device in their pocket, purse or backpack may be less ‘visible’ to a contact tracing system, making it less accurate. However, in these ‘hidden-phone’ scenarios, UofG’s Smart Contact Tracing app improved accuracy from about 56 percent to 87 percent.

Machine learning also allows UofG’s app to distinguish certain locations, such as a users’ home, where it can temporarily disable contact tracing features.

Finally, Spachos says that privacy was core to the app’s design.

“No location data or other personal data about the user are kept. Preserving privacy is our first priority. We don’t know where the interaction took place and we don’t know who the users are,” Spachos said.

Beyond that, the UofG system works similarly to Apple and Google’s system. It stores two weeks of contact information, users can upload that encrypted information to the cloud if they test positive for the virus and the app then notifies people who were in contact with them. Spachos describes the system as a lottery, noting that “whoever has the numbers, it means they were in close proximity to someone who was infected.”

The UofG team received a $50,000 Alliance COVID-19 grant from the Natural Sciences and Engineering Research Council as well as $20,000 from UofG’s COVID-19 Research Development and Catalyst Fund.

University of Guelph students can access a text-based crisis hotline