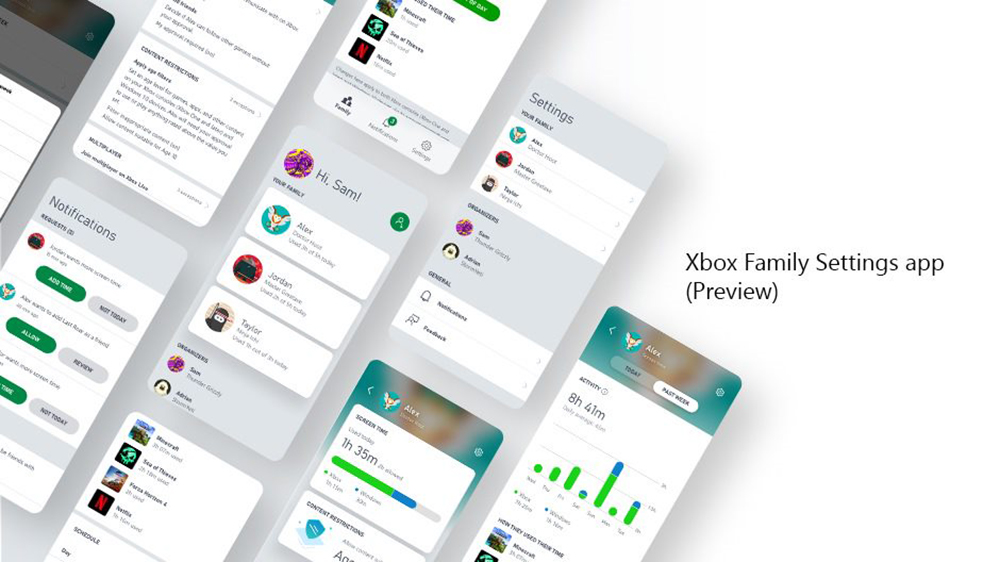 Microsoft has launched a new streamlined Xbox Family Settings app on Android and iOS that aims to make it easier for parents to keep their kids safe on Xbox Live and have more control over their gaming habits.

To be clear, many of these features were previously available through Xbox’s Family settings desktop portal. According to Dave McCarthy, the Canadian corporate vice president of Xbox operations, the new app aims to give easier access to functionality like screen-time limits, content filters and managing who children can play and communicate with on Xbox Live.

Screen-time limits allow parents to control how much a child can play games each day of the week, with the ability to extend allotment on the weekend. When a time limit is hit, child accounts can send their parent a message directly from the console requesting more playtime. Content filters, on the other hand, let parents restrict access to specific game ratings. For example, if you want your 8-year-old to only play games rated ‘Everyone,’ you can block them from ‘Teen’ and ‘Mature’ rated titles.

Play and communications settings let users block access to Xbox Live, limit communication to friends only or allow older children to chat with specific players in their Xbox Live friends list. Finally, the app also gives access to comprehensive activity reports revealing exactly how long a child account has been playing Xbox daily and weekly. It’s even possible to block cross-network play with the new app and to create a child account directly through the Family App.

Later this year, alongside the Family App’s full release, Microsoft plans to allow parents to view and manage their child’s Xbox Live friends list and approve or decline requests.

While giving parents easy access to Xbox Family settings directly in an app is a great move by Microsoft, I’m sort of glad this app didn’t exist when I was a teenager. If it did, my parents definitely would have set a time limit on my Xbox account to prevent me from playing Halo 2 until 3am.

The new Family App is currently in preview on Android and to the first 10,000 downloads on iOS through Testflight. Microsoft says its new Family App will also work with the upcoming Xbox Series X.