Google has dropped a new Soli Sandbox app in the Play Store that aims to help create new experiences based on the Pixel 4’s radar technology. 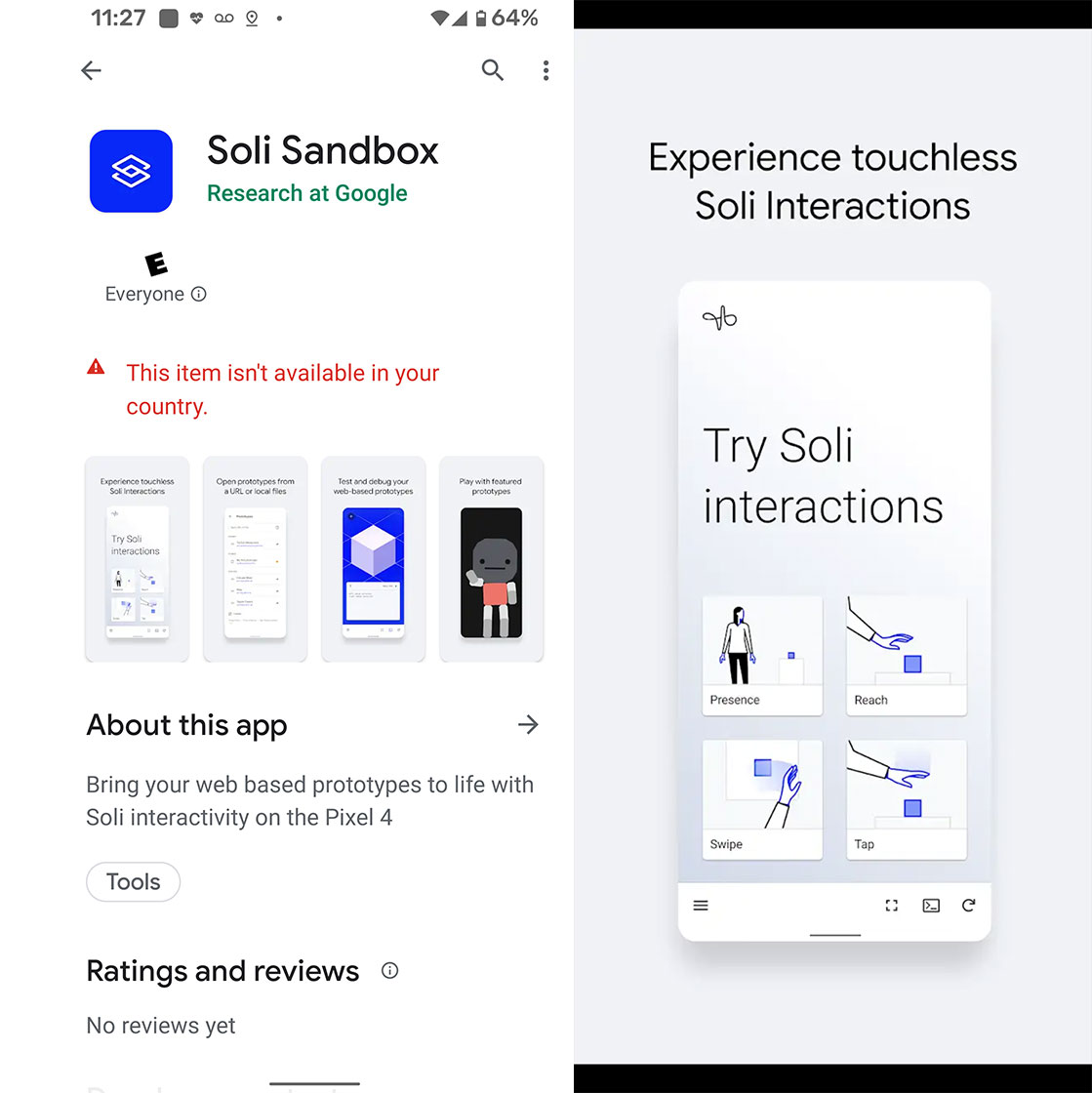 This app isn’t for regular consumers, but if you download the Soli Sandbox, it does let you try out its Soli interactions. The app has four gestures with an experience that helps you learn how to use it.

If you use the app in fullscreen, it shows a console log with the different interactions you’ve performed. There are other on-device files you can access on fullscreen, including the following:

There’s also a Soli Sandbox Manual on Docs that’s available for developers alongside as a sample project. This may not seem like a lot to most consumers, but it’s a step in the right direction towards getting developers to produce apps with gesture interactions.

Strangely, the Soli Sandbox app isn’t available in Canada even though the radar technology is.

Back in March, Google dropped a new air tap gesture for Soli that lets users play and pause.