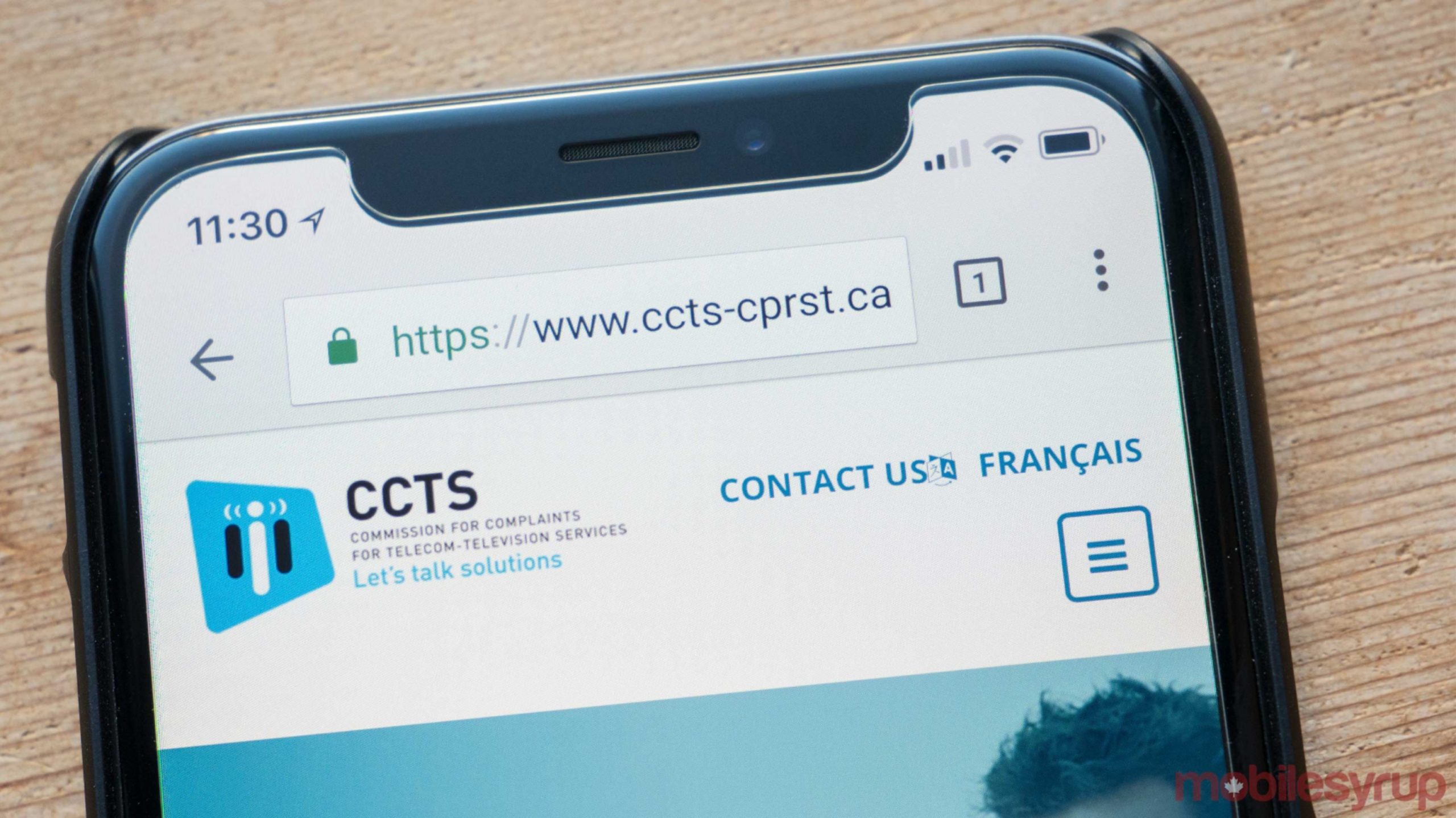 The Commission for Complaints for Telecom-television Services (CCTS) saw a 12 percent year-over-year decrease in the number of complaints it received, according to its mid-year report.

It outlines that Bell and Cogeco largely contributed to the overall decline in complaints. For instance, Cogeco recorded a 75 percent year-over-year decrease in complaints, while Bell saw a 26 percent decline.

Bell says that it “has made it a strategic imperative to champion customer experience and today’s CCTS results indicate our strategy continues to deliver results.”

Vancouver-based national carrier Telus also saw a seven percent decrease in complaints. A spokesperson from the company tells MobileSyrup that: “Telus has led the industry with the fewest complaints amongst national carriers since 2011, and we are proud to maintain that position and see that complaints about our company have decreased since the mid-year report last year.”

Toronto-based national carrier Rogers notes that: “customers’ feedback is so critical and we’ll continue to make important investments in their experience. We are committed to being clear, simple and fair and putting our customers first in everything we do.”

Issues regarding wireless services made up 44.2 percent of all complaints reported, and internet issues made up 26.5 percent, while TV and local phone issues made up the rest.

“Disclosure issues” and “incorrect charges” were the most complained-about problems, consisting of 26 percent of all reported issues. In terms of disclosure issues, the main problem that customers reported had to do with “agreement conflicts with what the customer agreed to,” as there were 1,065 complaints related to this problem.

The CCTS reports that it found 46 confirmed breaches of the Wireless Code. Eighteen of the breaches were due to a service provider not giving “reasonable notice to the customer at least 14 calendar days or/and 24 hours before disconnection and the notice did not contain all relevant information.”

Further, nine of the breaches were due to the fact that a paper or electronic copy of a contract was not provided to the customer, or that the contract did not include all of the information listed in the Wireless Code.

It also is unable to address complaints about general operating practices and policies like the contents of plans and packages, but it received 2,885 complaints related to this issue.