The Netherlands rounded out the top three

The report notes that Canada’s average download speed is 59.6Mbps, while South Korea’s is 59.0Mbps.

“A year ago South Korean users were the only ones that experienced average download speeds above 50Mbps,” the report states. “However, despite South Korea’s advanced 5G rollout and 5G smartphone uptake and the fact that Canada has only just started a commercial 5G launch, the speeds observed by our Canadian users statistically tied with those of South Korea.” 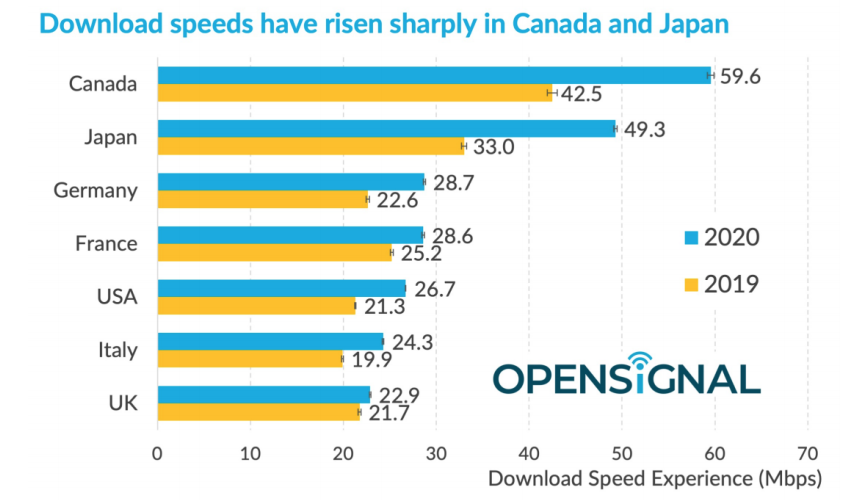 Canada’s average download speeds increased by 17Mbps between the Q1 2019 and the Q1 2020. Opensignal notes that this is the biggest jump of any of the 100 countries included in the report.

In terms of G7 countries and download speeds, the difference between Canada and its peers has widened by 10.2-15.9Mbps. The download speeds of other G7 countries including France, Germany, Italy, U.S., and the U.K., were more than 50 percent slower than Canada’s.

Further, Canada ranked second in the Video Experience category for G7 countries, with a score of 74.8 out of 100, while Japan ranked first with a score of 77.6. Canada’s score is up 7.1 points from Q1 2019, and Opensignal notes that it is just 0.2 points away from an “Excellent” rating. 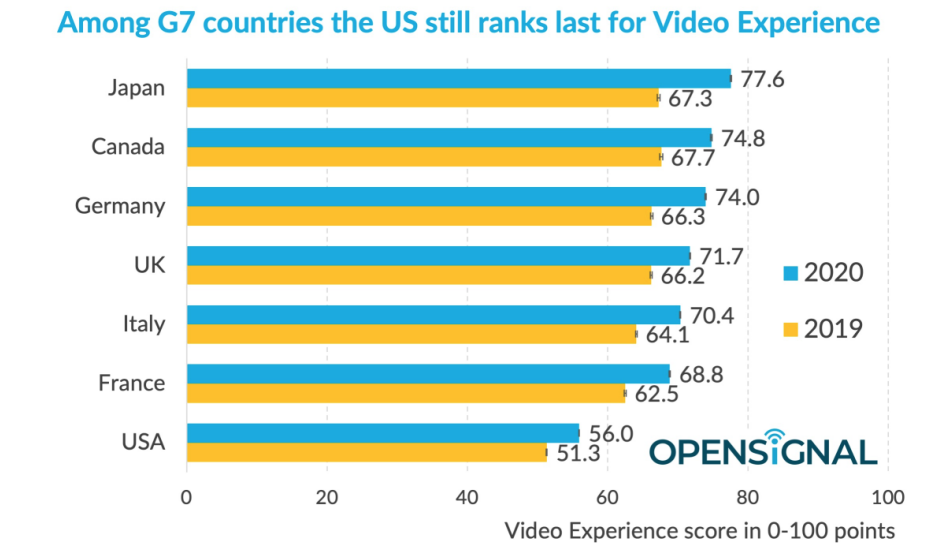 Germany seems to be catching up in the Video Experience category, as it is just 0.8 points shy of Canada’s score. Interestingly, the U.S. ranked last in the G7 countries with a score of 56.0.

Opensignal conducts its reports by collecting individual measurements from millions of smartphones worldwide everyday. For this report, Opensignal collected data from January 1st to March 30th.