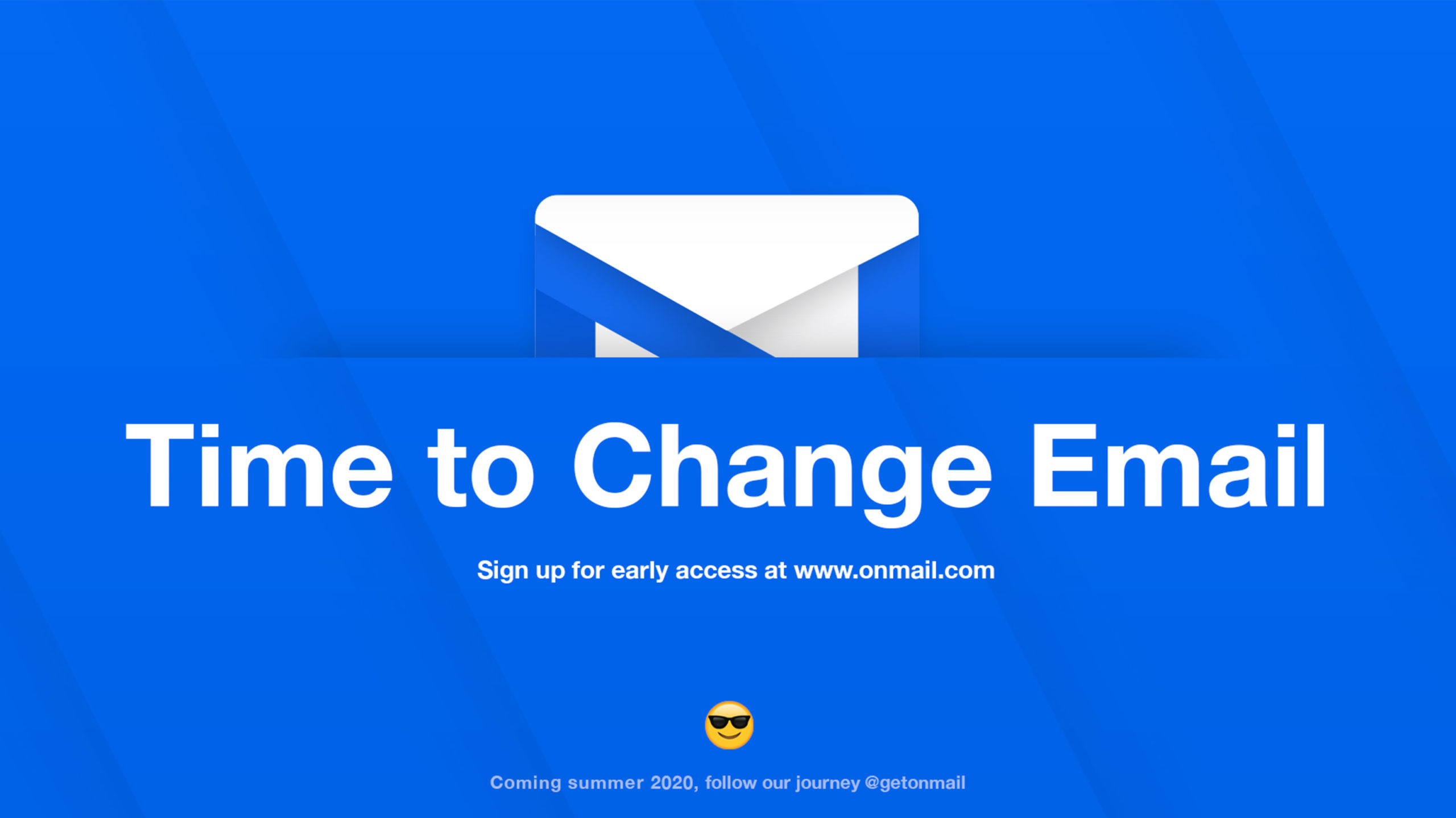 Set to launch in Summer 2020, Edison hopes to solve the issues with legacy email providers with the new service. The company claims OnMail will help people regain control of their email.

Further, Edison lays out several features of OnMail that will help it achieve that goal. For example, OnMail will offer a ‘Permission Control’ feature that lets users decide who can come into their inbox. Think of this as a block feature, but a little smarter. OnMail will filter contacts out of your inbox until you choose to accept messages from that contact. 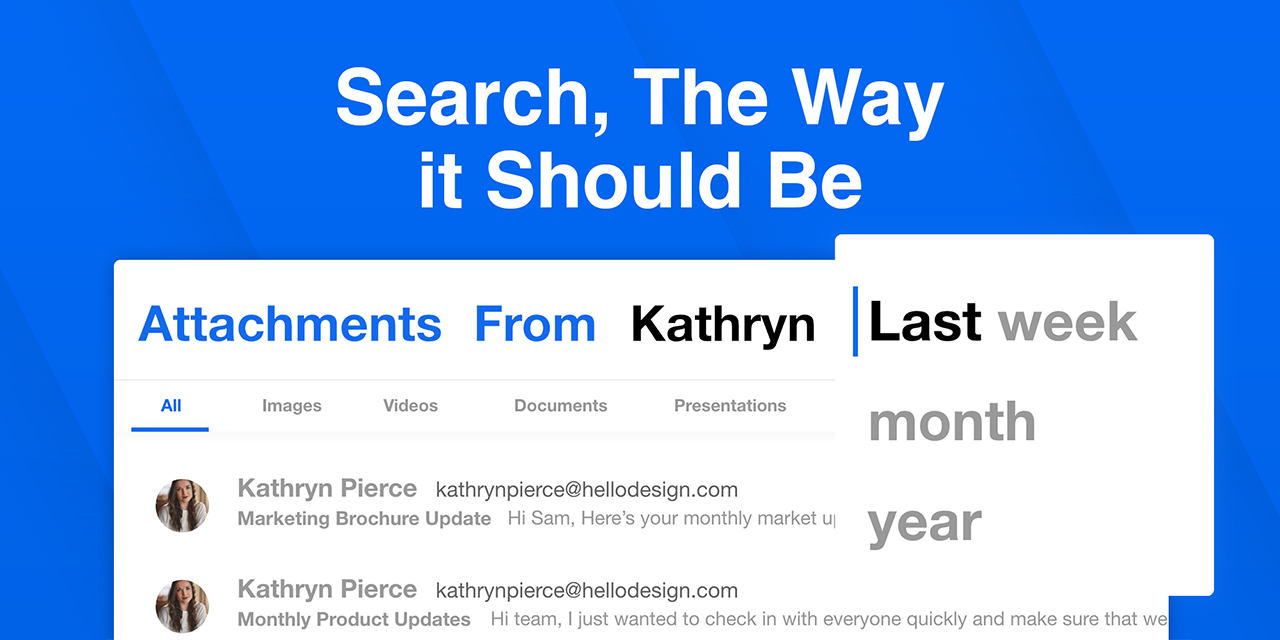 Edison also touts OnMail as having a superior search experience. The big improvement here is that OnMail understands “natural” queries, so you can search for things like attachments from a specific contact sent last year.

According to some of the OnMail renders Edison provided, users will be able to see an overview of interactions with a given contact, including files and photos sent by that contact. I imagine that feature would be incredibly useful for many people given how easy it can be to lose important documents in a long email thread. Edison also says OnMail users can send larger attachments than other email services.

Interestingly, Edison also touts the ability of OnMail to block read receipts and hide targeted ads from users’ inboxes. OnMail seems to have a bigger focus on privacy, always a welcome addition. However, Edison says OnMail users will still be able to opt-in to the company’s de-identified data sharing program. 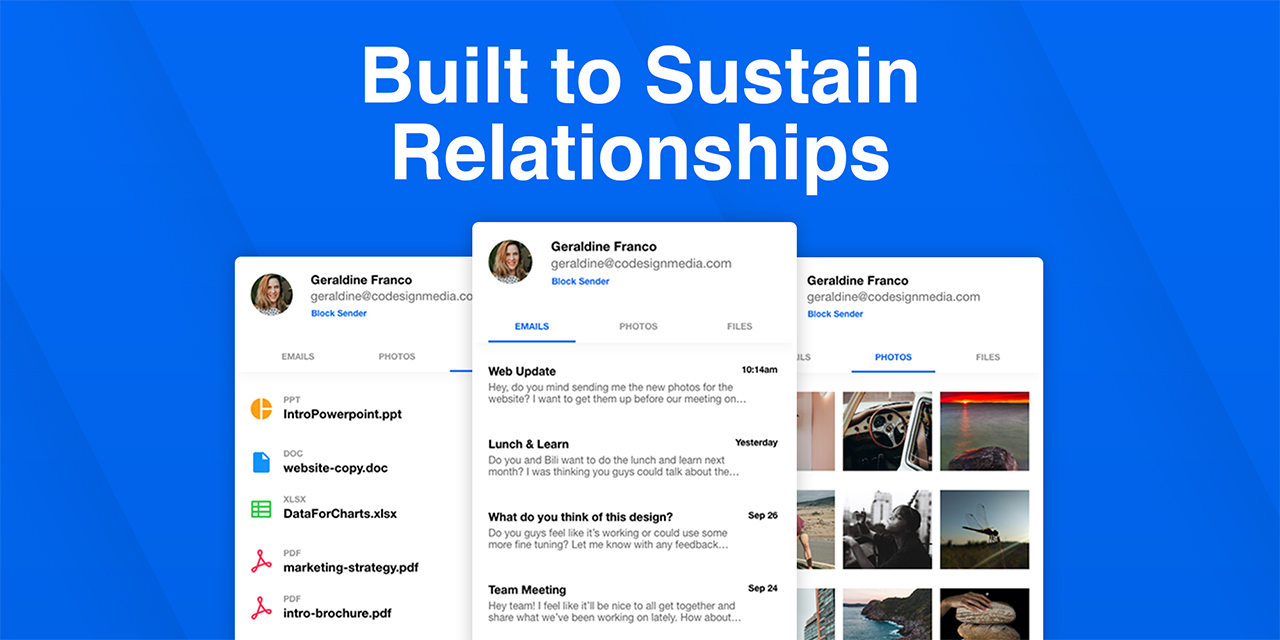 In February, several companies behind email apps were investigated for inbox scraping practices. Edison explained how it provides e-commerce trends research using technology that recognizes commercial emails in users’ inboxes and extracts anonymous purchase data. Further, the company stressed that users can easily opt-out of the data-sharing practice without impacting any of Edison’s mail features.

It seems OnMail will rely on the same data-sharing practice for monetization, but users can still choose to not participate if they don’t want to.

We’re likely to learn more about Edison’s new OnMail service closer to its launch in the summer. For now, those interested can sign up on Edison’s website to claim a spot when OnMail launches.