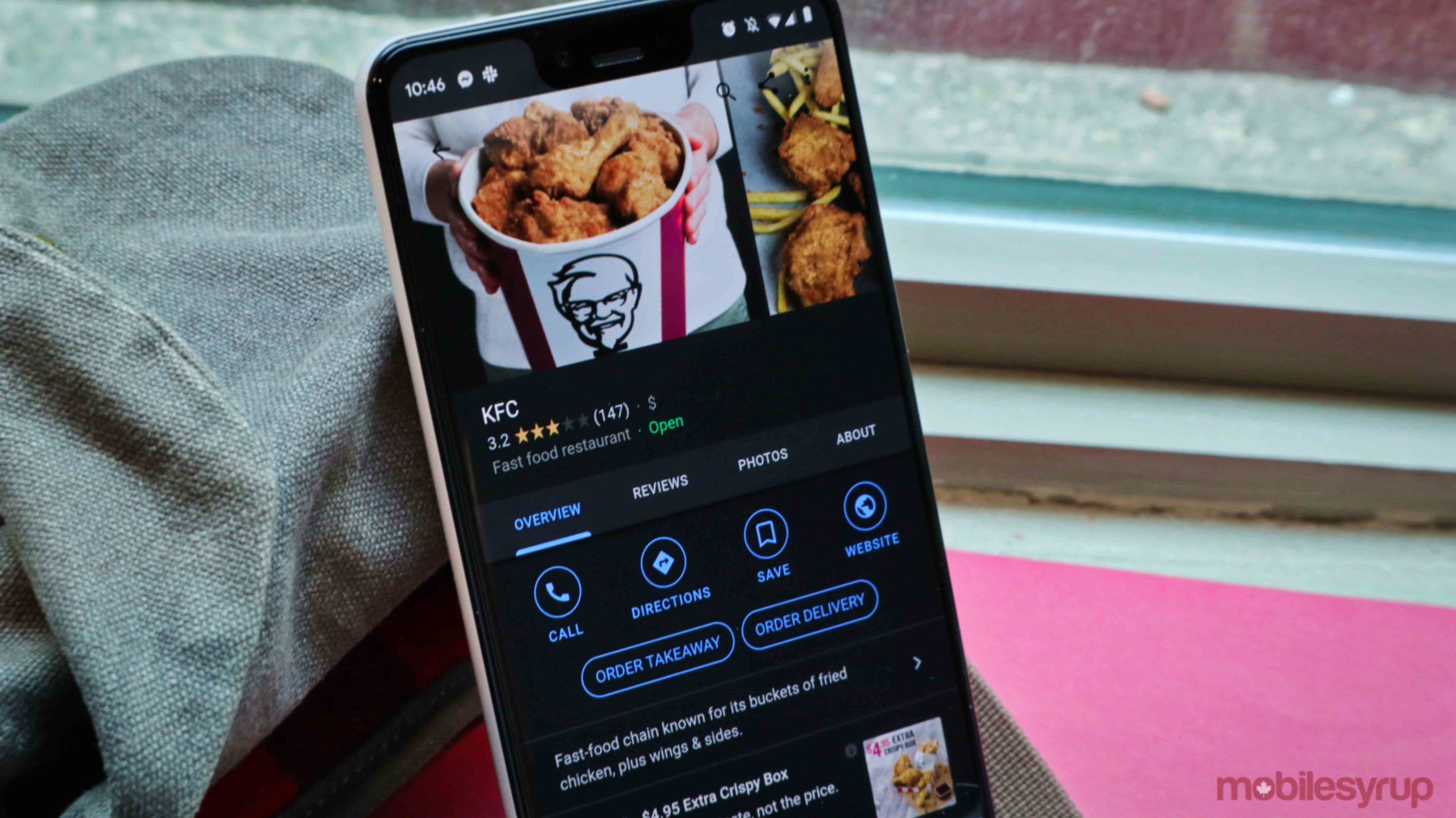 Google is partnering with KFC Canada to sell chicken via Google Search and Google Assistant in Canada.

Google’s food ordering feature actually launched back in May 2019 across the U.S., but it didn’t make its way to Canada until now.

That said, it’s unclear if the Canadian version of the feature works like its U.S. counterpart. In the U.S., users can search for a restaurant with Google and then order food via a service like Uber Eats, but through a Google interface. Skip the Dishes is the only food delivery app in Canada that delivers KFC. KFC also has its own delivery service, so it’s unclear what version of the company’s delivery is being used. MobileSyrup has reached out to KFC Canada for clarification.

You can also order by asking Google Assistant on a phone to “order food from KFC.” You can only do this from a phone since you’ll need to see the food options to order them. Although, you can say, “Hey Google, order food again from KFC,” and Assistant will surface some of your past orders so you can quickly re-order.

Any time you make one of these food transactions, you pay for it from your Google Pay account.

KFC Canada says that it expects its digital sales to surpass its physical sales by 2022. The feature is rolling out now, but so far, we’ve only been able to find the ‘Order online’ and ‘Order takeaway’ buttons at a single KFC in the GTA area.

This feature is a weird double-edged sword type of scenario. On the one hand, it’s a useful feature for consumers since it makes ordering food a little easier, but on the other hand, it’s unclear what kinds of repercussions this will have on food ordering apps.

Ideally, this isn’t the worst situation for these apps because they’ll still operate as the back end software for the food delivery transaction. This means that they’re still making money, but who knows what this does for the app’s branding.