Canadians registered 313,435 numbers, including landlines, mobile phones and fax lines, to the ‘National Do Not Call List’ between 2018 and 2019.

The CRTC says that this is an average of more than 858 numbers each day.

The Do Not Call List filters out consumers who do not want to receive unsolicited calls. With the recent rise in spam calls it’s no surprise that more Canadians are taking advantage of this option. 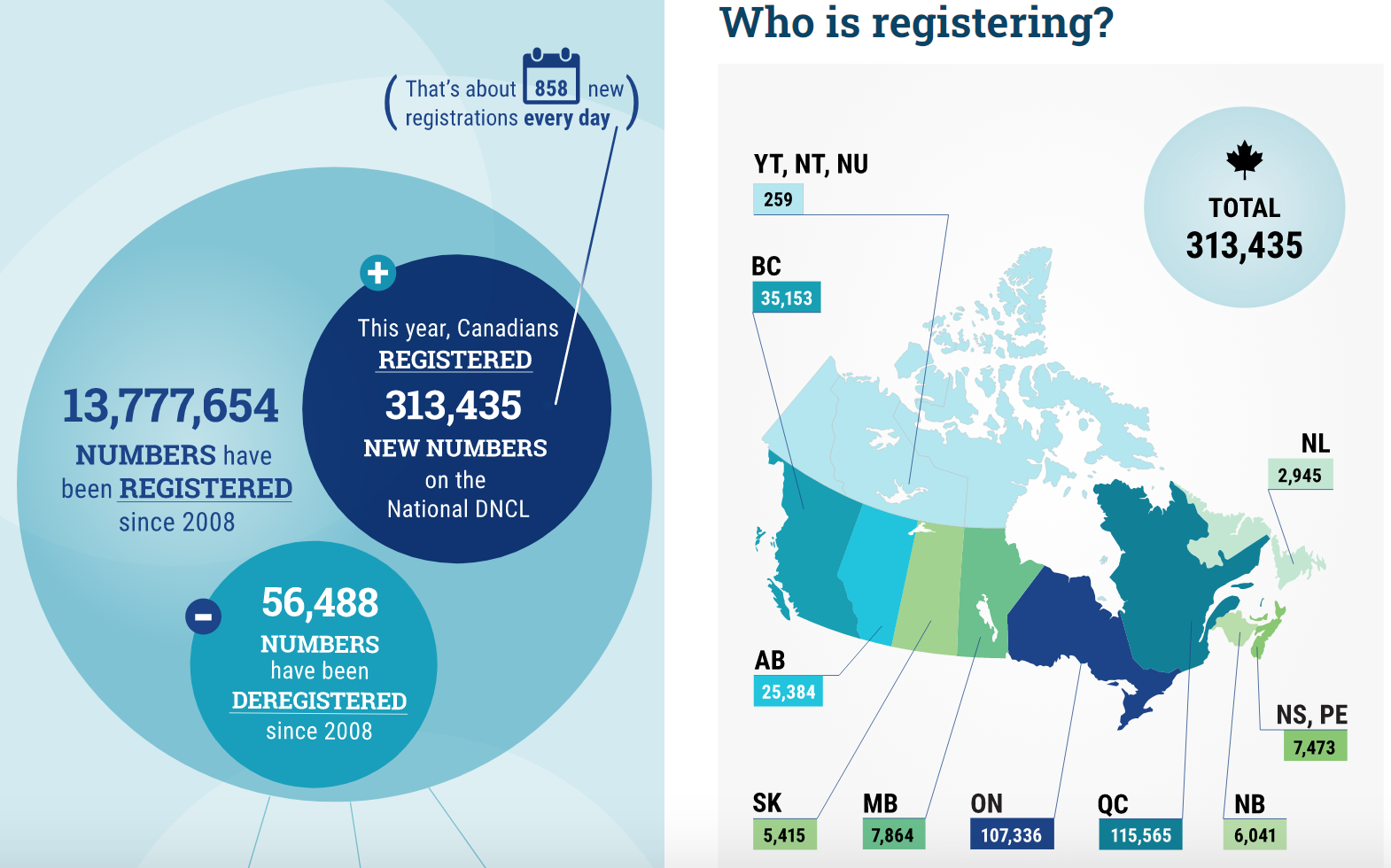 The revenue for unsolicited telecommunications fees collected was roughly $3.6 million between 2018 to 2019.

Around 22 percent of the complaints were about people receiving calls from suspected telemarketer telephone lines from an untrusted number source. Eighteen percent were about receiving a call from a device that automatically dials numbers and delivers a pre-recorded message.

While Canadians across the country filed complaints, Ontario and Quebec top the list, as the two provinces accounted for 72 percent of all the complaints filed.