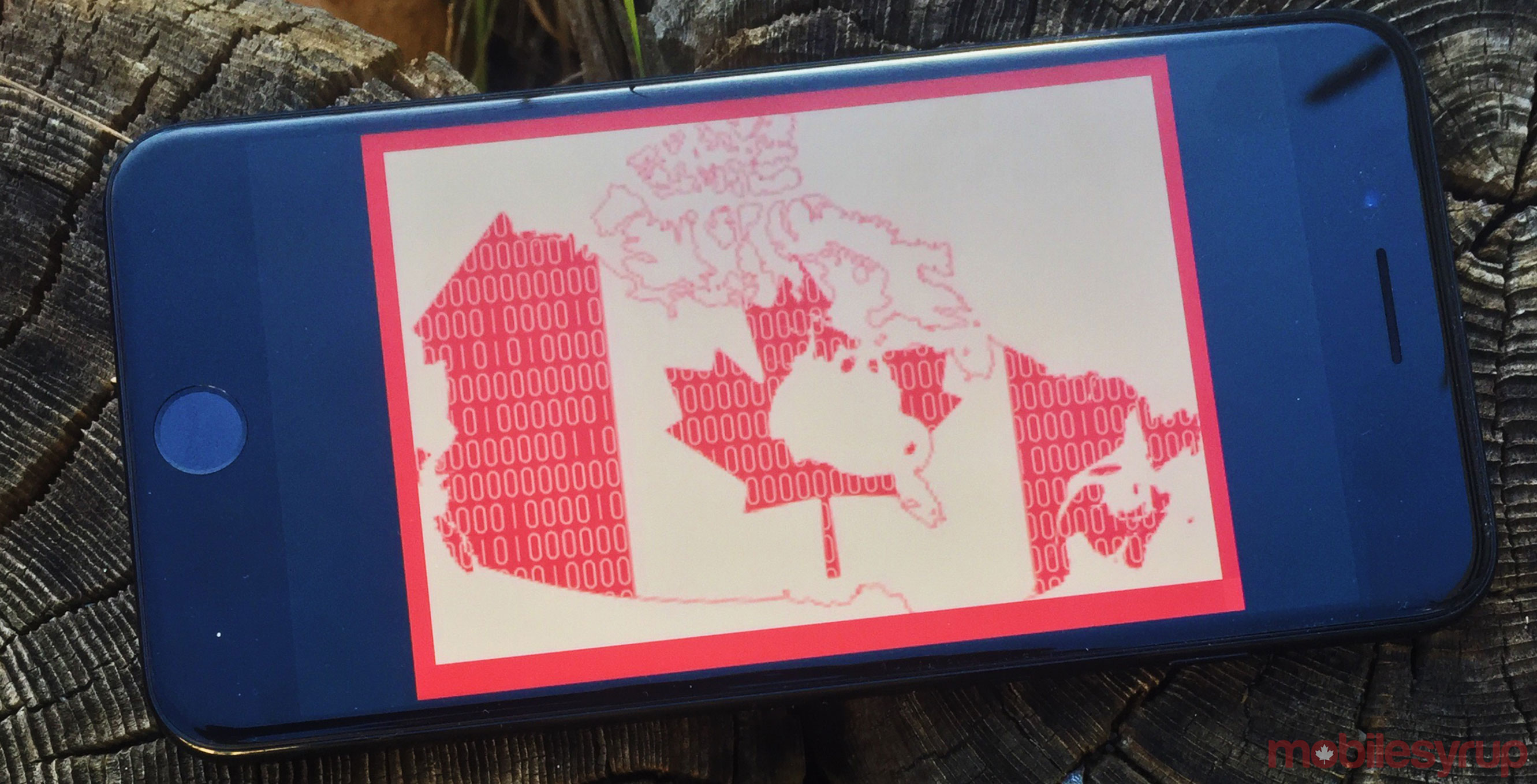 Studies show that Canada has among the most expensive data costs in the world, but also has some of the best networks on offer to customers. When it comes to broadband internet, it seems Canadians pay a premium as well.

According to a study performed by Picodi, Canada is among the top five most expensive countries when it comes to internet.

Picodi analysts checked out pricing from 233 of the biggest internet service providers (ISPs) from 62 countries to see how different places measure up. In one test, Picodi compared prices for 100Mbps internet connections, noting 55 of the 62 studied countries offer that speed. The below chart from Picodi shows the average price of fibre internet for residents as offered by the biggest providers in the country based on the pricing listed on the providers’ websites in USD. 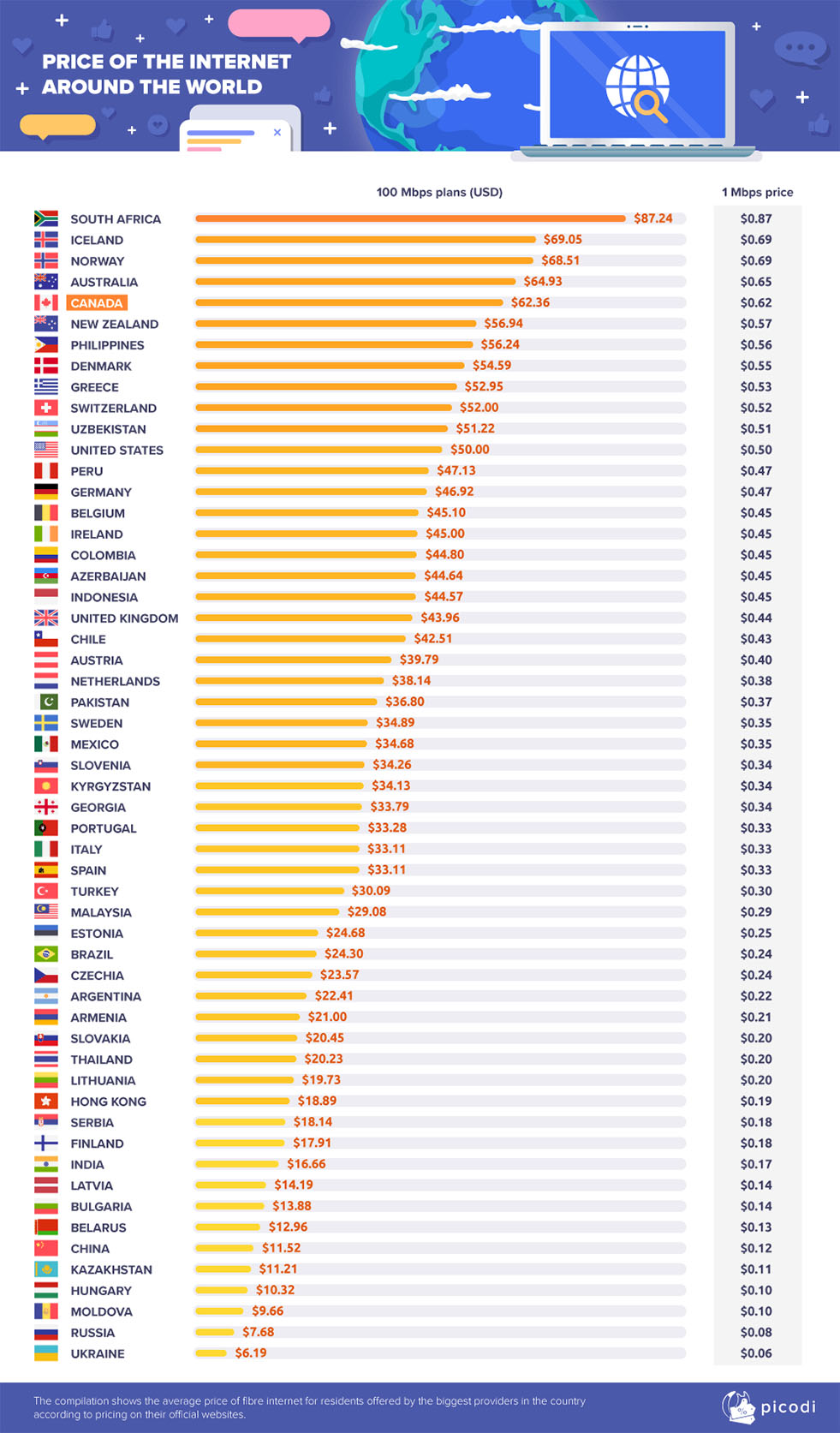 Interestingly, Picodi notes that some countries, like Poland, Romania, France and Singapore don’t offer speeds as low as 100Mbps. The lowest plan in Poland and Romania is 150Mbps, 200Mbps in France and 500Mbps in Singapore. Further, some countries, including Tajikistan, Turkmenistan and Vietnam, don’t yet have widely available 100Mbps speeds.

How much internet can you get for $26? 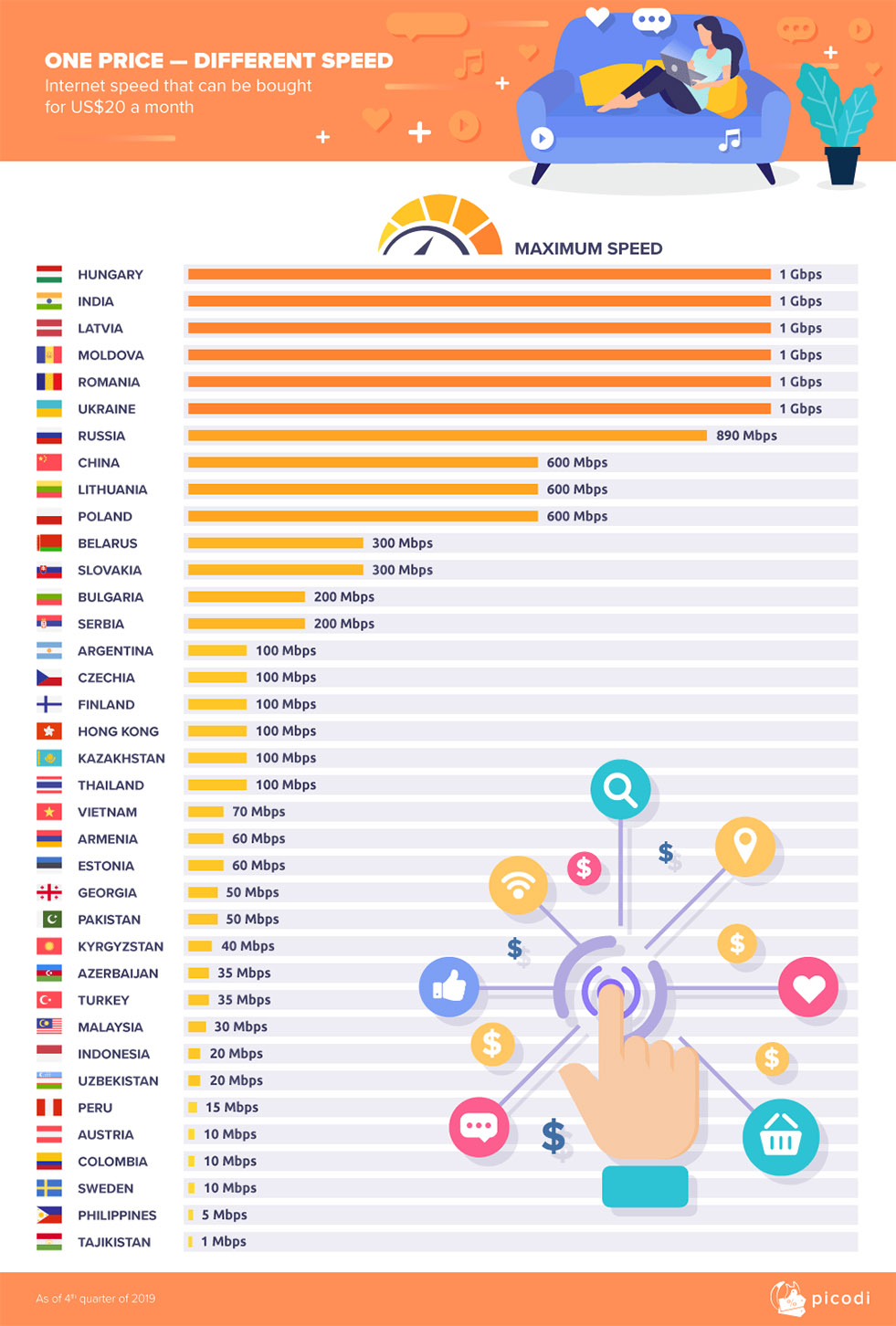 Picodi also measured how much internet users could purchase for the equivalent of $20 USD (around $26 CAD) per month. Of the 62 countries studied, 25 couldn’t be ranked since unlimited fibre internet from major providers cost more than $20 per month. Canada, the U.S., Australia, Germany, Brazil, Switzerland and others are on that list.

Hungary, India, Latvia, Moldova, Romania and Ukraine all offer 1Gbps speeds for at or under $20 USD per month. Russia and China offer 860Mbps and 600Mbps respectively for the equivalent of $20 CAD per month.

Finally, Picodi analyzed which countries had 1Gbps internet and how much it costs in those countries. 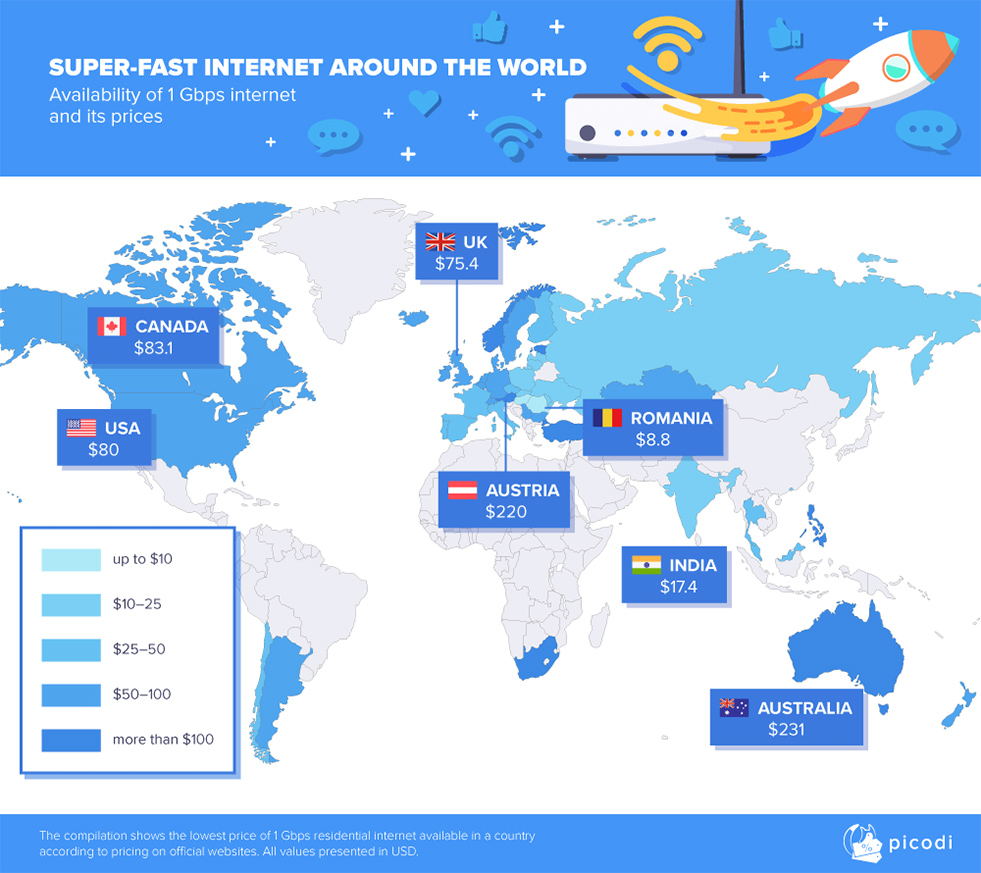 The Picodi research covers 62 countries, including G20 countries, the largest English and Spanish speaking countries and former U.S.S.R. countries. It didn’t take into account bundles of several services, and it omitted smaller local providers that only served one province or city. Plus, if customers have to pay for a router or modem rental, that fee was included in the price.

Picodi included a link to the full list of countries and providers, which you can see here. The study included three Canadian providers: Bell, Novus and Shaw.