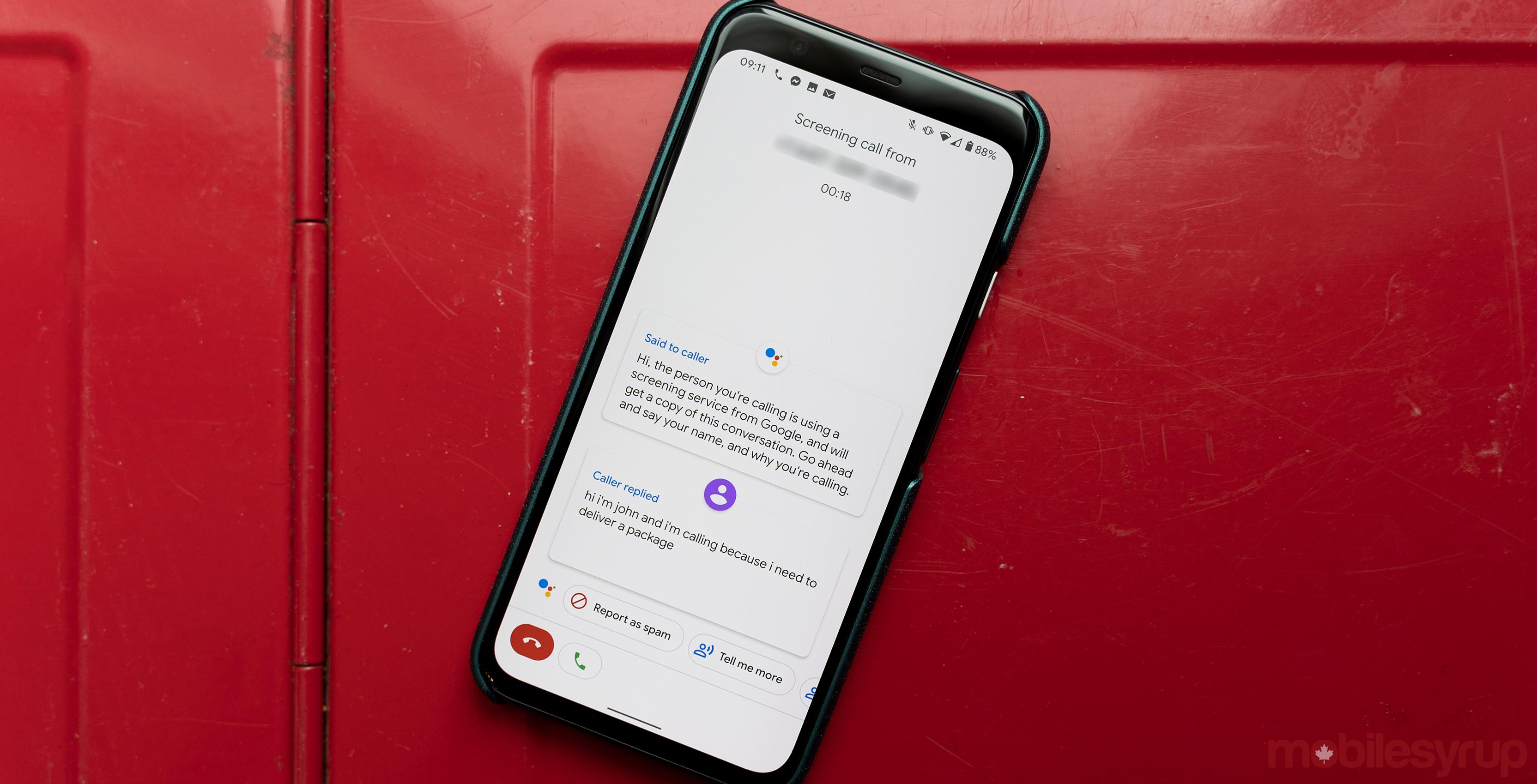 A teardown of version 42 of the Google Phone app revealed work on an automated Call Screen feature.

For those unfamiliar with Call Screen, it’s a feature that launched alongside the Pixel 3, which uses Google Assistant to answer phone calls and provides a transcript of the call so users can report it as spam, answer it and more. To use Call Screen, users have to tap a button when receiving a call.

According to XDA Developers, which performed the teardown, Call Screen will soon allow Google Assistant to answer calls from unknown numbers on your behalf. If it detects a robocall, it will decline it silently without interrupting you. Unknown numbers will ring a few moments later, and Assistant will save a transcript of the call. It won’t screen any numbers saved in your contacts.

Further, if Assistant isn’t able to automatically screen the call, it will ring through as usual, and users will be able to manually initiate Call Screen (in other words, it’ll work as it currently does.)

The functionality hinted at in the code sounds similar to Apple’s ‘Silence Unknown Callers‘ feature that launched with iOS 13.

Automatic Call Screen may save audio, let users customize when it activates 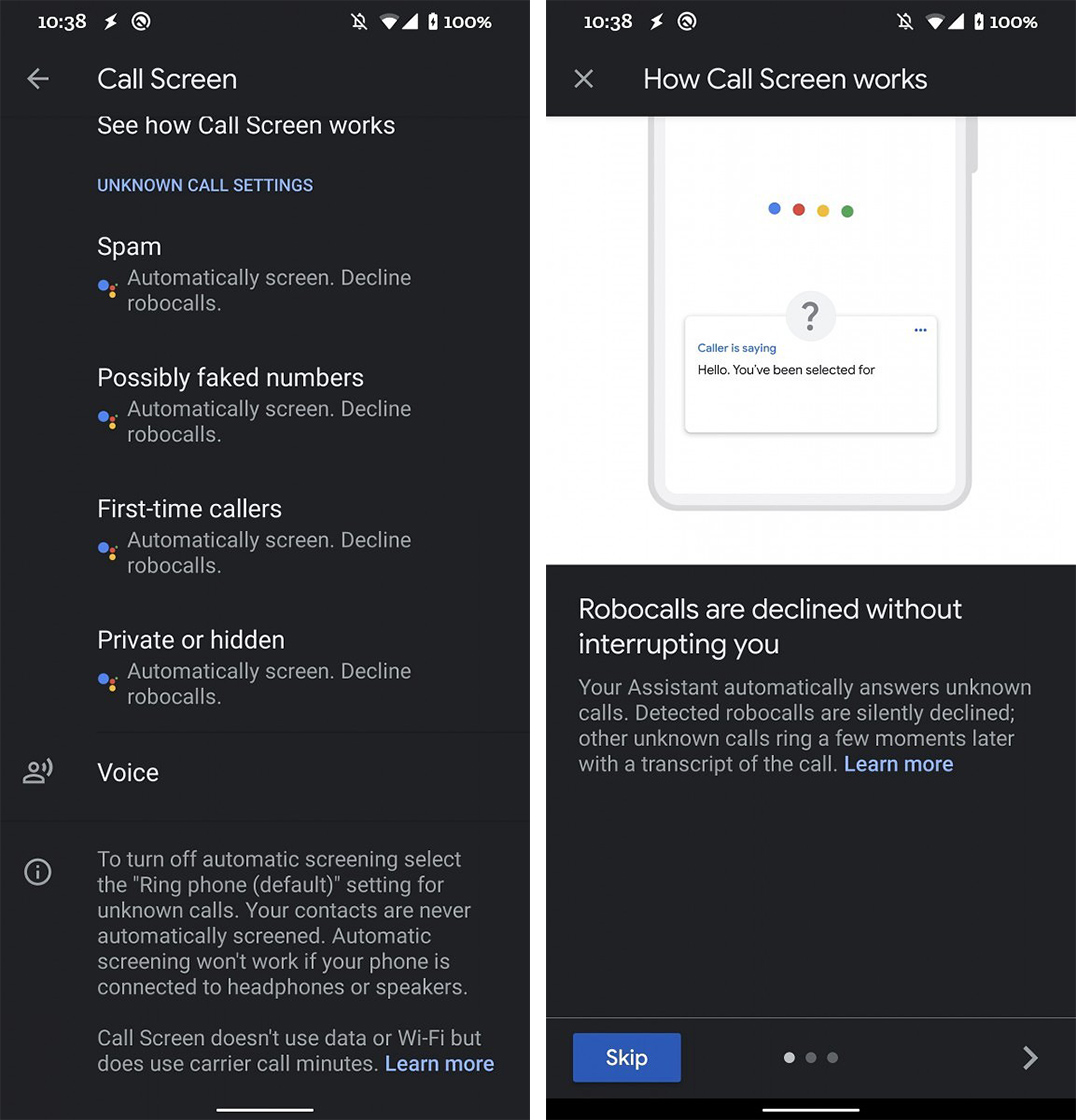 Additionally, the teardown also revealed Assistant would give users the option to have it save the audio from calls it answers automatically. Since it’s built into automatic Call Screen, it avoids any legal ramifications in some U.S. states as Assistant will announce it’s recording the call. In Canada, it’s legal to record a conversation as long as one participant consents to the recording.

On top of all this, users will be able to customize which calls automatic Call Screen will work on. This feature appears to rely on the Google Phone app’s ability to detect altered numbers, private or hidden numbers, unknown numbers and numbers that match Google’s spam database.

XDA says it’s been tracking the development of this feature since August, but it wasn’t clear until now what the code applied to. Google reportedly developed it under codename ‘revelio,’ a possible reference to the Harry Potter spell that removes magical disguises.

It’s important to remember that with teardowns like this, we only see snippets of code that hint at how future features will work. Things can change, and some features may never launch, as Google could cancel or scrap them. That said, automatic Call Screen seems relatively far along, and I don’t think Google will cancel it now. It isn’t clear when it will roll out to users, however.

Currently, the code is present in Google Phone app 42, but automatic Call Screen can’t be turned on.

While another way to handle spam calls would be nice, this feature seems like it’s a ways off. In the meantime, you can read up on tips for dealing with spam calls in Canada here.