Samsung launched the Galaxy Note 10+ in August, however, now patents of an unreleased Galaxy handset are showing up online.

On February 21st, 2019, Samsung filed a patent to the United States Patent and Trademark Office (USPTO) for a new handset with a “movable flexible display.” The patent was published on August 29th showcasing a retractable screen. The patent was originally spotted by LetsGoDigital. 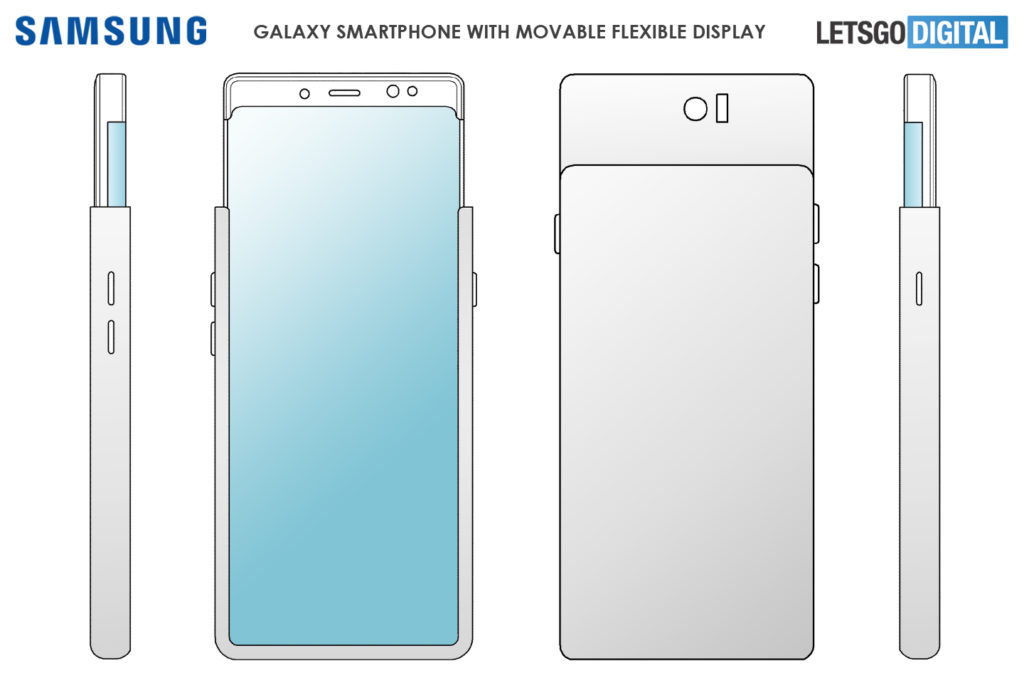 It’s unclear if this is the Samsung Galaxy S11, however, LetsGoDigital indicates that it might be.

When the screen is retracted, the device becomes more compact to better fit in the user’s pocket. The device also has rounded corners.

When the user extends the display, the extension has a waterfall screen, however, the rest of the phone has a partly metal frame. Therefore, for the most part, the device has a flat display.

Surprisingly enough, this handset has more of a top bezel than the S10 series.

The cameras on this smartphone are on the back of the retractable part of the phone. So when the user retracts the phone’s screen the cameras are hidden but extending the screen gives users access to the rear shooters.

The patent only shows one camera, however, it reads that the device has multiple shooters.